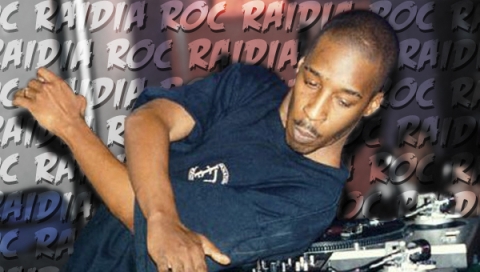 In 2000, the present editor-in-chief of HipHopDX was working at Burger King. True story, though this is the first time I ever admitted that publicly.

At a franchise just minutes outside of Pittsburgh, I was responsible for cleaning last night’s flame-broiled garbage at 5:45 am, just long enough for it to get really caked on. They called me a “porter,” and the only thing good about such a position is its name is shared by my favorite Stax Records producer and one of my favorite NFL mouth-pieces. My shift lasted until 2pm, and then go on to do everything from deliveries to being a fill-in personal assistant to my lifelong side hustle of flipping CDs excavated from pawn shops on to eBay for profit. I hated my job, word to Cam’ron, and unlike the Amityville franchise that De La Soul must have been frequenting, there were no bitties (of interest) here. My boss was the biggest dick in the world, and I refuse to eat at Burger Kings today, with Newark International Airport food vouchers being the lone exception.

This might not seem to have anything to do with Grandmaster Roc Raida, but I assure you differently.That year, by the time I’d walk home from the BK Lounge, my green BK polo covered in condiment crap, and my pathetic Grant Hill Fila‘s mashed with fries, I would walk in and immediately hit play on my boom-box. My first (and still tucked away) JVC was wired into every trash-night discarded speaker imagineable. I was trying to replicate the 1973 Herculoid speakers that I had read about in books and magazines. With woofers facing walls to create maximum bass and all sorts of rigged up Radio Shack ginger-bread, I’d play Roc Raida‘s Crossfaderz album every single day and try to listen a little more carefully than the day before.

As he’d go about his routines, I would mimic the mixing with my hands, and make the illest screw-face a teenager in a Burger King uniform possibly could. That album was the first time I ever had Common‘s scathing “Bitch In Yoo” on CD, or East Flatbush Project. Moreover, it was the illest display of turntablism I had ever heard to date, and maybe since.

The generation that mourned Jam Master Jay‘s death the hardest likely watched the deejay become a fixture in the Rap group. They watched names like Yella, E-Z Rock, Ali, Maseo and Reddy Red become the men who controlled the music. Deejaying was an alternative to rapping, and the simple art of holding down records affects the young Hip Hopper in ways that can only be compared to air guitar. How many times in my life have I mimicked Maseo‘s crazy cuts on “Keepin’ The Faith,” Ali‘s similar’s rocking on “Can I Kick It?” or DJ Premier‘s opening on “Above The Clouds”? That scene from CB4 most certainly resonated with my teen years, front if you like.

Roc Raida represented that to me, and I hope – my generation: the ’80s babies who came of age before the shiny suit era. Unlike a lot of the work I heard on CD and cassette coming out of the Bay Area, Roc Raida (and all of The X-Ecutioners) were excellent in walking a fine line balance between technique and just rocking out. As I was sitting at my desk today, and got a barrage of emails and text messages letting me know Roc Raida had passed, his WHAT 187FM mixtape was already on the left corner. The 10 minutes where Raida‘s stabbed his way through Jeru‘s “Come Clean” to Smiff N’ Wessun‘s “Bucktown” to O.C.‘s “Times Up” to Gang Starr‘s “Speak Ya Clout” to Group Home‘s “The Realness” is as good as any single mixtape moment I’ve ever heard. Truly, the magnitude of the songs themselves has nothing to do with the magic, although records like those represent the character Roc Raida always seemed to be, and the grittiness he stood for.

Like Funkmaster Flex or DJ Clue, Roc Raida could sell a record for you, just by touching it. He was the first person that ever put me onto East Flatbush Project‘s “Tried By 12,” Kool G Rap and Big Pun‘s “Dramacide” and so many vinyl releases out of the D.I.T.C. camp. Raida did that. On top of that, I must imagine that every artist that had their vinyl in a New York store was hoping Roc Raida would buy it just to see what he’d do to it. I’m beyond bored with Serato deejays running through the classics; Roc Raida was someone who could pick apart a record and show you its insides, and then sew the body closed – without letting it get too technical in the process.

That’s another thing that my Burger King-self adored. Whereas DJ Q-Bert understands more about the physics of scratching than anybody I can imagine, truth be told, the Inzibl Skratch Piklz (the other unfuckwithable deejay crew) lacked the stomp-you-out-ness of the X-Men. To me, Roc Raida was one of the few deejays who after The Chronic released, could still make cutting and scratching feel street-stuck. Raida‘s interludes reminded listeners that he was immersed in a sidewalk culture of shit-talking. Raida‘s battle footage made deejay battles look competitive, edgy, and downright threatening. The whole persona that Roc Raida had when he was behind the decks was so cocky, so confident and so mastered, that he epitomized the New York attitude. It is not hyperbole to say that Raida was to deejay battles what Eminem was to rap battles. You can hear it in his production too, just reference my favorite M.O.P. track ever released, “Let It Bang.” To a burger-flipping Pittsburgh teen, Raida alone was reason enough to take my $5.50 an hour pay-checks and save up for beginner’s Gemini belt-drive tables and a matching mixer.

That summer of 2000, it was Roc Raida‘s Crossfaderz and Tony Touch‘s Piece Maker. Tony had the more polished sound, but Roc Raida was my Slash, my Angus Young, my Jimmy Page. Throughout the rest of my teens, Crossfaderz and WHAT 187FM were constantly played. There’s a reason why the latter has been sitting on my desk for months. Sometimes when I get fed up with things, I throw those in the JVC and travel back to those speakers, that smell and that hunger for Hip Hop.

In 2005 I was interviewing for a managing editor position at Goods Magazine. One of the beloved HipHopDX contributors, Michael Cuzesena had left the post when the magazine switched its name from Tablist and gone on to Elemental and referred me. At the job interview, as the publisher asked me about my experience and my resume. Those 6th Avenue offices were shared with the famed Scratch Academy, one of the things that Jam Master Jay reportedly finalized before his untimely death in 2002. As I was being interviewed, some of The X-Ecutioners were having lunch behind me. Of course, I learned this after. By the time I was done (job in hand), only Total Eclipse and a fourth of a tuna sandwich remained.

I always wanted to really talk to Roc Raida. I always wanted to thank him. Over the last 10 years, the exchanges were brief. I did get to see him rock out at a couple of Lord Finesse parties at S.O.B.‘s though, something I hold especially dear. Like anybody who’s truly a conqueror in their art, I always found him to be shy, humble and jovial. I was able to review a few of his works in magazines and online, and publicists would always send nice notes, “Raida loves to be appreciated.” The tokens seemed minor to somebody who I had always found so inspirational to all of us.

The news I received today has shaken me. To those who knew Roc Raida better, to those who worked with him, and especially those who shared holidays and family gatherings with him, I offer my deepest condolences. Your friend, your deejay, your partner and your family made a huge impact on me and those I know. To the Hip Hop nation, please pay homage to this man. In 2009, we are far away from turntablism as we’ve ever been. Roc Raida and the X-Ecutioners crew were (and are) instrumental in keeping the art close to the mainstream, through tours, Gap commercials, Linkin Park efforts, and just by being incredible at who they are. Now, without one of, if not thee most pivotal gift of hand-eye coordination in Hip Hop, it on us to uphold that.

As I cooked my Saturday afternoon lunch today, I was running through some records I bought on my last road trip. Just being a goof, I was playing the massive 1990 “Self Destruction” single, and cutting up my favorite part, courtesy of MC Lyte: “Funky fresh, dressed to impress...” As I fiddled with the table (no mixer), I tried to think of where I first may have discovered that MC Lyte has one of the best vocals to scratch in Hip Hop history. When I got upstairs and saw my phone on blast, I soon remembered.

Good Bless Anthony Williams a/k/a Roc Raida, and thank you for your many gifts to Hip Hop.