Kanye West Taunts Pete Davidson Over Getting Tattoos Of His Kids

On Thursday (September 1), Ye took to Instagram and shared a message for Davidson with another threat, this time bringing up his four children.

“Ask Pete how those tattoos of my kids doing in the trauma unit,” West wrote. His post was ultimately deleted from his account.

Davidson got the initials of Ye’s children tattooed on his neck in May, drawing online criticism from all over the spectrum and fueling even more disdain from Ye.

The Chicago mogul’s online attacks on Davidson prompted the comedian to spend time in trauma therapy. According to People, a source close to Davidson said he sought treatment following the harassment he received from dating Kardashian for nine months. After the couple split, Ye declared Davidson “dead” in a mock newspaper clip.

“The attention and negativity coming from Kanye and his antics is a trigger for [Pete], and he’s had to seek out help,” the source said. “[Pete] has no regrets for dating Kim and wants it to be made very clear that she’s been nothing but supportive of him throughout their relationship. Moving forward he just wants to focus on his career.”

Ye’s discourse with Davidson is the latest in a series of family-related posts on Instagram, from declaring an addition to pornography was the reason his marriage dissolved to blasting his former mother-in-law Kris Jenner and referring to Travis Scott and Tristan Thompson as “sperm donors” for their relationships with Kardashian’s sisters Kylie Jenner and Khloe Kardashian. 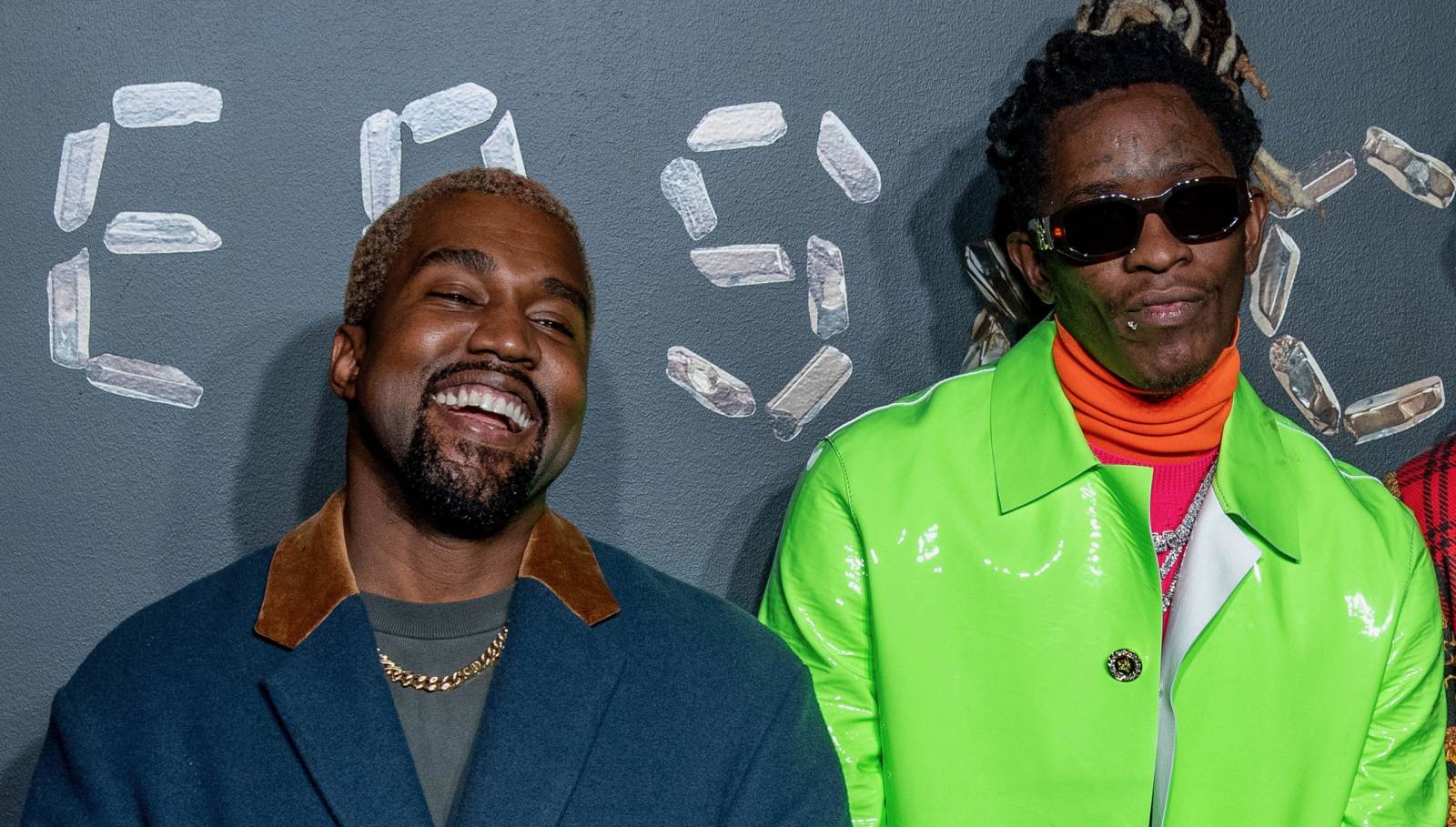 Young Thug Offers Kanye West Land For His Atlanta Yeezy Store: 'I Got Over 100 Acres'

“From my mom – PLEASE. Tell him to stop mentioning my name. I’m almost 67 years old and I don’t always feel great and this stresses me to no end,” Kardashian texted Ye.

Kanye shot back: “Y’all don’t have [no say] over my black children and where they go to school. They will not do playboy and sextapes. Tell your Clinton friends to come get me. I’m here.” He later captioned the post, “God Loves Us.”

“From age five ’til now, having to kick the habit, and it just presents itself in the open like it’s ok, and I stand up and say, ‘No it’s not ok.’ It’s like with God, I’ve been able to beat things that had a full control of me. You know that Playboy that I found when I was 5-years-old was written all over the moment when I was at the MTV Awards with the Timberlands, the Balmain jeans — before people was rocking Balmain jeans — and the Hennessy bottle. It’s like that was such a script out of a rock star’s life.”