Kanye West has reportedly caused Pete Davidson to check into trauma therapy after months of being on the receiving end of online bullying by the rapper/producer.

According to People, a source close to the former Saturday Night Live actor said he’s been seeking treatment for the harassment he endured while dating Kanye’s ex-wife Kim Kardashian.

“The attention and negativity coming from Kanye and his antics is a trigger for [Pete], and he’s had to seek out help,” the source said. “[Pete] has no regrets for dating Kim and wants it to be made very clear that she’s been nothing but supportive of him throughout their relationship. Moving forward he just wants to focus on his career.”

Davidson and Kardashian began dating sometime around October 2021, not long after she hosted SNL for the first time. The couple decided to call it quits last week after roughly nine months together.

“Part of the reason they split was because of their busy schedules,” a source reportedly said. “They both travel all the time and it was hard.”

Shortly after the breakup was announced, Kanye returned to Instagram with a mockup newspaper post that read: “Skete Davidson Dead At Age 28.” (Kanye gave the comedic actor the nickname during the height of the harassment.) 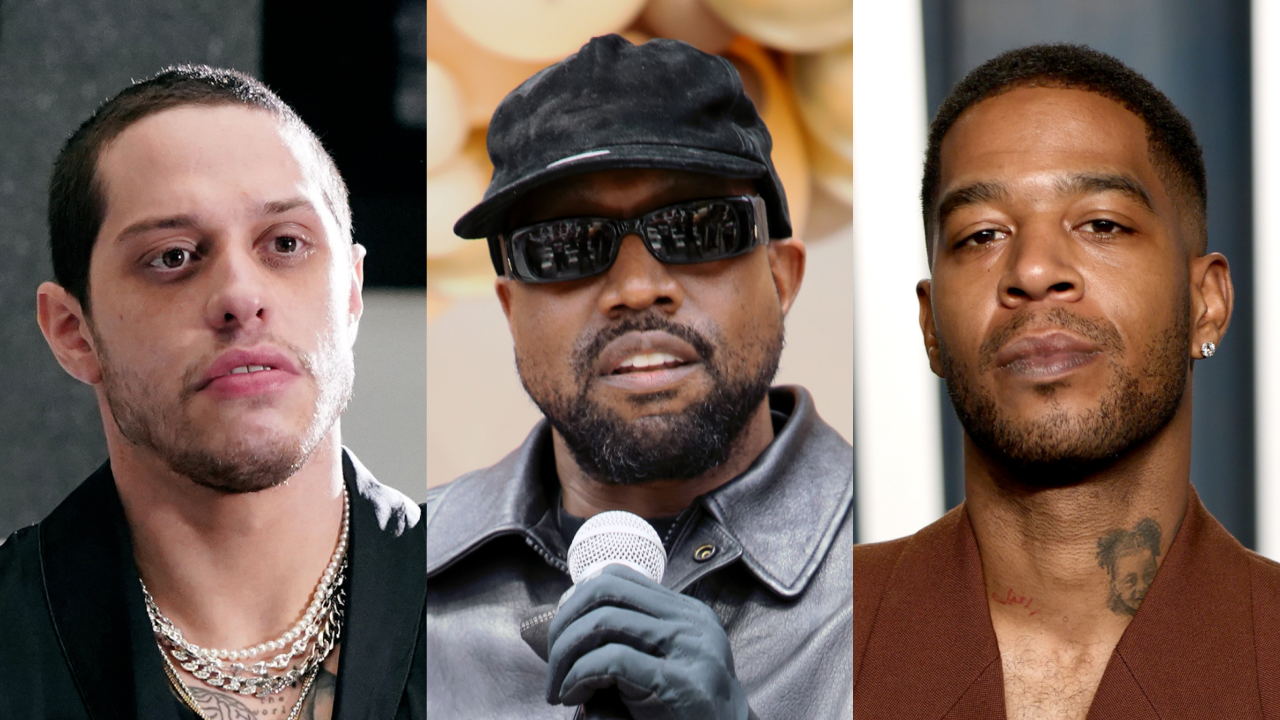 At the same time, Kanye also took a jab at current foe Kid Cudi using the same fake newspaper. A sub header said: “Kid Cudi meant to play funeral but fearful of bottle throwers,” a reference to Cudi’s headlining Rolling Loud Miami performance that ended with Cudi walking offstage after he was hit in the face with a bottle.

Kanye and Cudi have been at odds for some time now. In February, he lashed out at Kid Cudi over his friendship with Davidson then set his sights on the 28-year-old again and accused him of having an affair with Hillary Clinton.

He wrote: “LOOK AT THIS DICKHEAD I WONDER IF INSTAGRAM GONNA SHUT DOWN MY PAGE FOR DISSING HILARY CLINTON’S EX BOYFRIEND. WHEN I TAG PEOPLE IM JUST PUTTING TOGETHER THE WEB THERE ARE A GROUP OF PEOPLE WHO RUN MEDIA AND THE ELECTION THANK GOD FOR FREE SPEECH.”

That was just the tip of the iceberg, however. Kanye also decapitated a claymation version of Davidson in The Game video for “Eazy” and buried him alive. But as the source told the outlet, Davidson has “no regrets.”