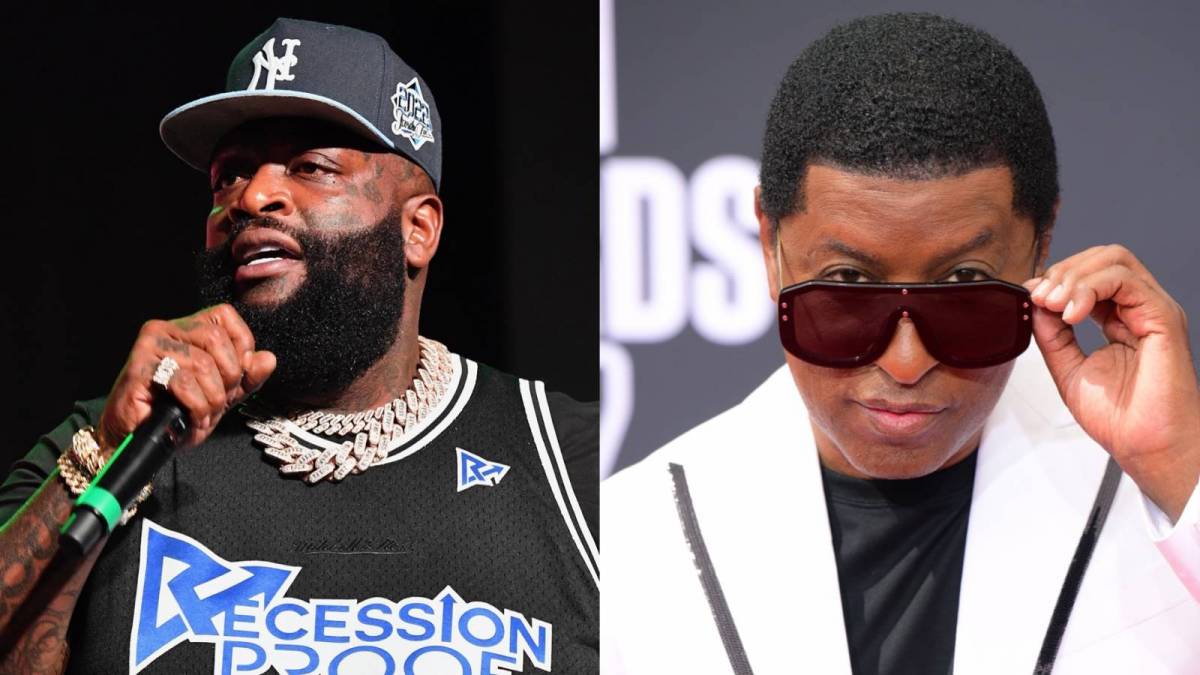 Rick Ross looks like he might be getting his R&B swagger on after teasing a potential collaboration with Babyface.

Rozay is no stranger to teaming up with some of R&B’s biggest stars, having laid down tracks with the likes of Usher, Chris Brown, Jazmine Sullivan, John Legend, Summer Walker, Trey Songz, Chrisette Michele, The-Dream and a whole host of others.

In his latest social media post, the Biggest Bawse shared a photo of himself in the studio with LaFace Records co-founder and R&B icon Babyface.

In other Rick Ross news, the rapper and his family were recently hit with hefty fines resulting from investigators discovering violations at five Mississippi Wingstop locations, such as forcing workers to illegally pay for uniforms, safety training, background checks, cash register shortages and more. Ross appeared on Instagram to address the allegations.

Meanwhile, the MMG head honcho has pledged $10 million to secure Jake Paul’s next opponent in the ring.

Although many boxing enthusiasts want absolutely nothing to do with Paul’s brand of pugilism and the lack of classically trained boxers among his opponents, there are many like Ross who profess their allegiance to the controversial figure.

“Since everyone seems to be afraid to fight @jakepaul Im down to put another 10million on top to make the right match happen. What fight would you want to see?” Ross wrote on Instagram on Monday (August 22). “We talking big shit on the homie podcast so stay tuned.”