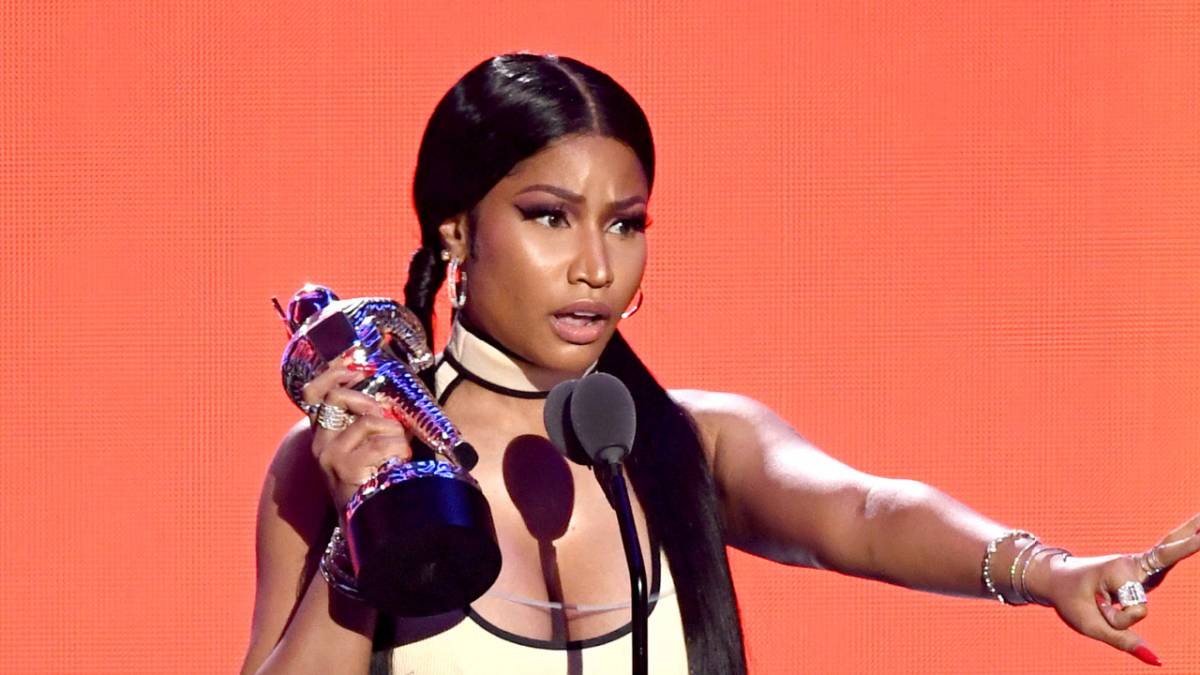 Nicki Minaj’s latest single “Super Freaky Girl” has earned over 100,000 sales since dropping on Friday (August 12), and the Barbz leader celebrated the occasion on Twitter.

“So grateful omg thank you guys,” Nicki wrote on Twitter alongside a flurry of emojis.

The accomplishment comes after the Pinkprint rapper already made history on Saturday following the release of the Rick James-inspired track. Thanks to her fans, Nicki earned the largest solo debut for a female rap song in Spotify history.

The track was streamed more than three million times on its first day and became the top new entry on the Spotify Global Chart debuting at No. 13.

Along with the massive Spotify debut, “Super Freaky Girl” also went No. 1 on iTunes on the U.S. and Canada charts and entered the Top 100 in multiple countries including Mexico, the U.K. and Australia.

Nicki’s latest accomplishment is also a win for her fans as well, since they were responsible for choosing the name of the track.  Originally named “Freaky Girl,” Nicki had asked her fans to help re-name the single when she ran into apparent legal trouble. She gave her Barbz the choice of “Nick James,” “He Want a Freaky Girl” and “Super Freaky Girl,” with fans ultimately going with the latter.

“Super Freaky Girl” is the latest in a line of singles the 39-year-old rapper has dropped since starting off 2022 with her Lil Baby-assisted “Do We Have A Problem?” and “Bussin” in addition to her collaborations with Fivio Foreign and HipHopDX’s 2022 Rising Star Coi Leray.

Nicki Minaj’s latest streaming win also comes as she’s set to be honored as the 2022 recipient of the Michael Jackson Video Vanguard Award at the MTV VMA’s this year, which Missy Elliot applauded on Twitter.

Nicki quickly replied: “Mumbling & cackling??? nah omg thank you Missy. You kicked down this [door]. Nothing but Love & Respect for your iconic artistry. #VMAs #NickiVmas #VideoVanguard.”

Music and awards aside, the “Super Bass” rapper is also gearing up to release a new documentary called Nicki. The documentary will be split into six parts, with each one focusing on a different part of Nicki’s overall career.

Listen to “Super Freaky Girl” below.