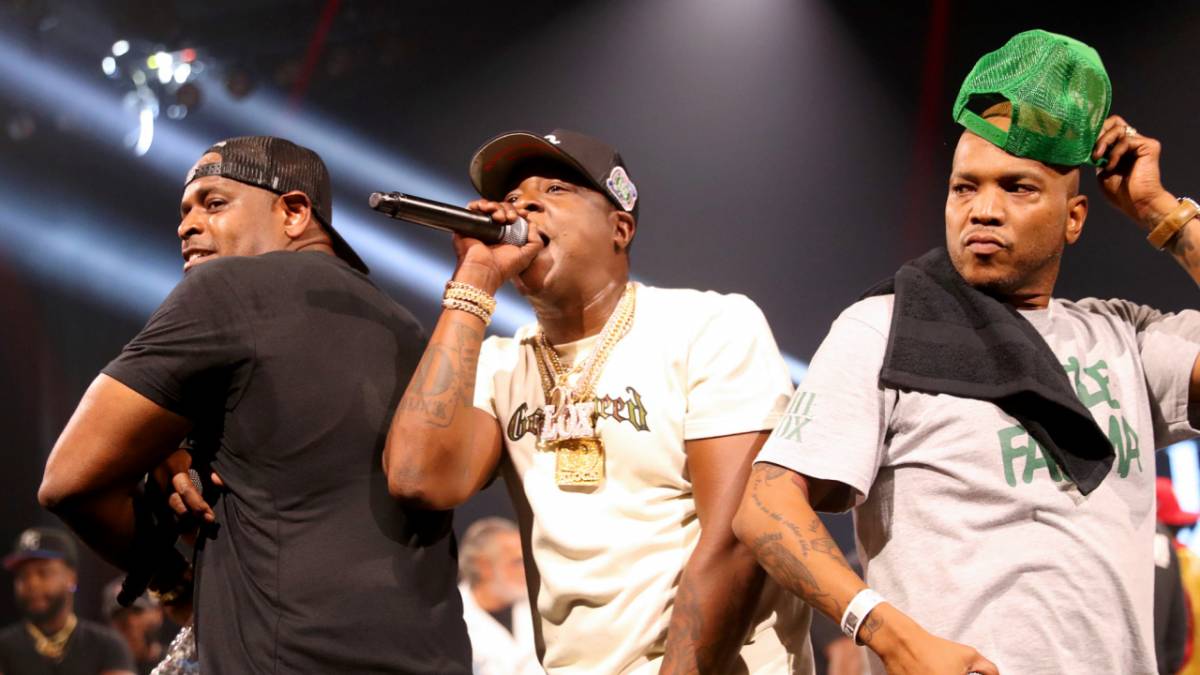 Jada gifted The LOX crew the rings while the trio performed at LL Cool J’s Rock The Bells festival on Sunday (August 7), with the Kiss Tha Game Goodbye rapper saying he made the rings because neither MC ever gets any awards.

The rings were likely meant to commemorate LOX’s Verzuz victory over Dipset last year, which brought in over five million viewers, and gave each group an unprecedented boost in streaming revenue.

Aside from tearing up Rock The Bells this weekend, Benny The Butcher also took to Instagram Live on Saturday (August 6) to reveal that he and Jadakiss have a project in the works.

However, the Griselda spitter said that neither he or Kiss has had enough time to hop into the studio to actually make it.

“Yo me and Kiss already decided to do the tape,” Benny said. “This bout a year ago. There’s just so much shit going on that shit would be crazy right now.”

With so much going on right now, Jadakiss seems to be having a real moment. In a recent interview with Complex, the 47-year-old said his resurgent popularity has even allowed him to renegotiate his contract at Def Jam.

“My numbers went up for hostings and walkthroughs, for shows and TV cameos,” he said. “Just in general my numbers went up. It also showed Def Jam that they got to do the right thing [and] restructure my contract. It really showed the world my true worth, what I can do.”

He continued: “The best part is being able to benefit financially and branding-wise, and get more deals and endorsements, but it’s cool. I already was nice before Verzuz. I’m going to let people know that on these new projects that I drop.”

Meanwhile, Jadakiss has resurrected the paper towel headband he wore in the early 2000s to celebrate the anniversary of his debut album Kiss Tha Game Goodbye.

The Yonkers native posted a video on Instagram on Monday (August 7) showing him making a headband from a long strip of paper towels while sat on a milk crate. Kiss also posted a photo of him rocking the neatly-folded makeshift headband.

Fans may remember the unconventional accessory from the music video for “Knock Yourself Out,” the Neptunes-produced hit that appears on his debut.