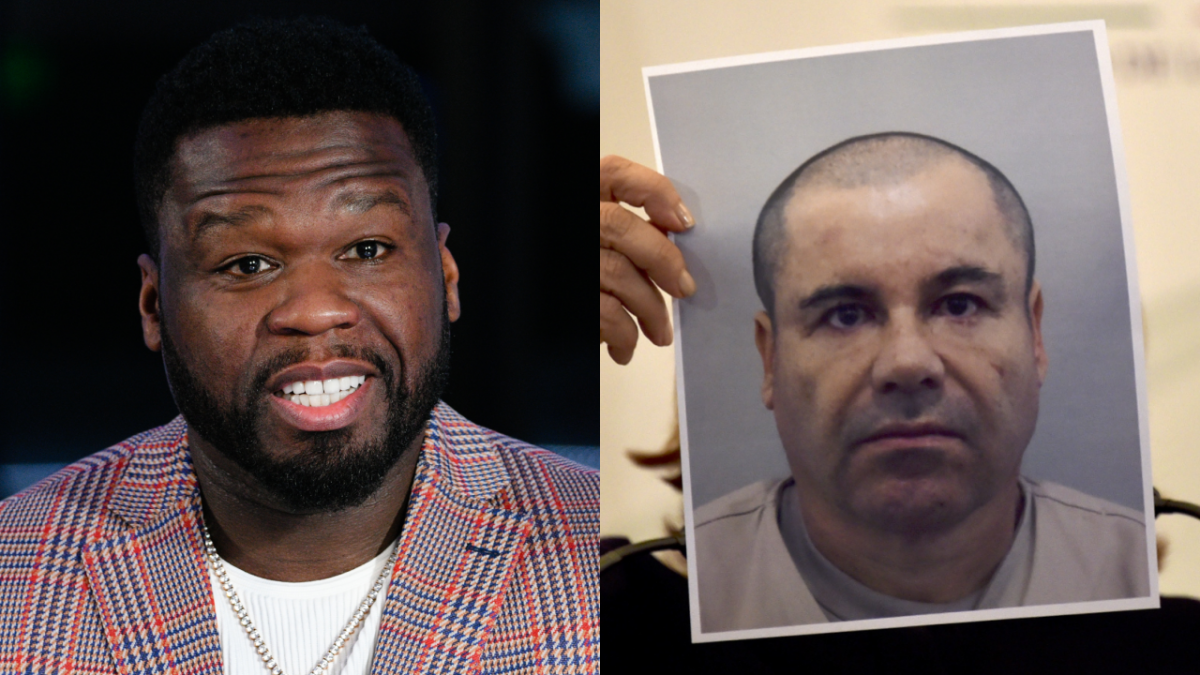 50 Cent is expanding into the podcast industry as the host of a new series about the downfall of the incarcerated Mexican drug lord Joaquín “El Chapo” Guzmán.

According to Deadline, the Queens rap legend has been tapped to helm the tentatively titled Cuate/twin: The Downfall of El Chapo, which centers on the two former drug traffickers who helped take El Chapo down.

“Speaking publicly for the first time ever, Chicago-born identical twins Peter and Jay Flores will take listeners on a journey through their meteoric rise to becoming two of the biggest drug traffickers in America,” the synopsis reads.

“Peddling tons of cocaine across the country, these two would go on to be seated at the right hand of the most wanted man in the world: El Chapo himself. In a stunning turn of events, the twins betray El Chapo in a desperate attempt to escape the only life they’ve ever known. But is escape ever really possible?”

Cuate/twin: The Downfall of El Chapo, which is also produced by 50 Cent and his newly established G-Unit Audio company, will be exclusively distributed by the iHeartPodcast Network. It’s one of several upcoming shows from Lionsgate’s brand new podcast division, Lionsgate Sound.

“We’re thrilled to partner with Curtis ’50 Cent’ Jackson and the other talented creators behind our upcoming shows,” said Pilgrim Media’s Craig Piligian, a Lionsgate Sound board member. “With our strong lineup out of the gate, we are well-positioned to reach the next generation of consumers.”

50 added on Instagram, “New Heat on the way If you liked Narco’s your going to be blown away by The Flores Twins. GLG GreenLightGang @bransoncognac @lecheminduroi.”

Although this is his first hosting gig, 50 Cent is no stranger to the world of podcasting having previously guested on shows such as Drink Champs with N.O.R.E. and DJ EFN, Poetics with Omari Hardwich and On Purpose with Jay Shetty.

The announcement is just the latest move from the G-Unit general as he continues to make his mark outside of music. 50 is currently filming the horror movie Skill House, which he’s promised will elevate the genre to “the next level.”

His Sire Spirits liquor company, meanwhile, announced a multi-year deal with the NBA’s Sacramento Kings in July, making them the team’s exclusive champagne partner. The brand struck a similar partnership with the Houston Rockets just a few months prior.