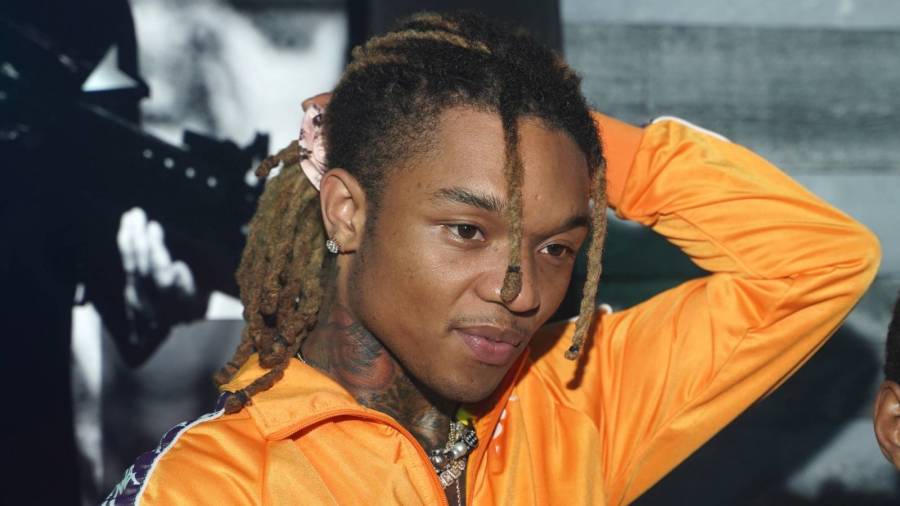 Swae Lee seemed to be having a rough go of it during a recent club performance, as the Rae Sremmurd rapper took not one, but two stumbles into the crowd.

Swae was getting hype to his signature Rae Sremmurd hit “No Type,” bouncing around the venue’s tiny stage with a drink in hand when he suddenly tripped and fell partially into the audience. As the “Unforgettable” singer recovered, he is seen grinning as he decides to take a stab at an actual stage dive before he again fumbles himself into the crowd.

Swae’s stage dive fail comes amidst a string of bad luck for the Inglewood star. He and his Rae Sremmurd counterpart Slim Jxmmy were both recently trapped in an elevator for three hours, with their rescue being caught on camera.

As for Slim Jxmmi, he was seen in the clip just chilling on his phone, expressing a significantly calmer demeanor than Swae.

The Rae Sremmurd pair have been hard at work since ending their four-year hiatus in June. They dropped off a new single called “Denial” and announced they were hard at work on their next album Sremm4Life.

“Bout to get a dose of this Sremmy,” Swae tweeted alongside the album’s cover art.

Slim Jxmmi added, “Time for that 4 foe four for phor.”

“Denial” dropped along with a visual directed by Bryan Barber that followed Swae Lee and Slim Jxmmi as they explored the serene beaches of Rio De Janeiro, Brazil with beautiful women before heading out to the favelas.

Watch the video for “Denial” below.