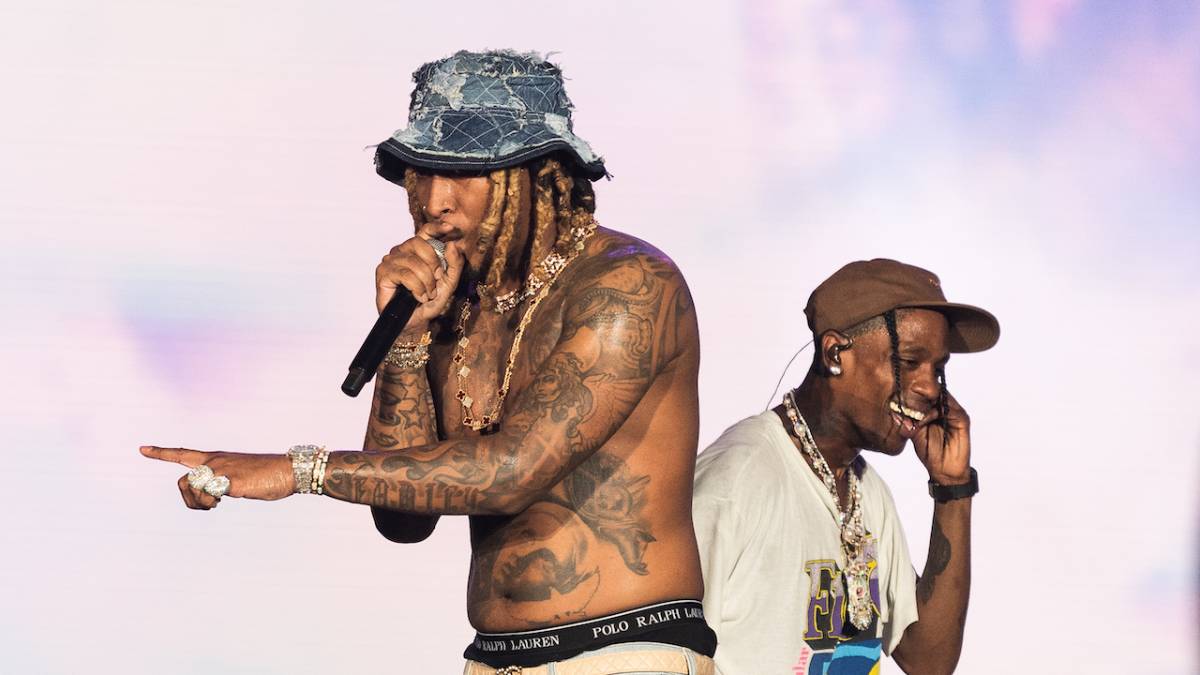 Future’s headlining set at Rolling Loud Miami on Saturday (July 23) featured a number of surprises guests but none bigger than Travis Scott.

Scott performed several cuts as part of Future’s set, beginning with the Southside-produced “Hold That Heat” and “Goosebumps.” Scott stuck around for a moment at Future’s request, leading to the two performing “March Madness.”

Scott was rumored to be banned from Rolling Loud after 10 people lost their lives at his Astroworld Festival in November 2021, leading many to believe his absence was the reason previous Friday (July 22) headliner Kanye West backed out last minute. Instead, Rolling Loud welcomed Scott back with open arms on Saturday as Future urged him to keep performing, much to the crowd’s delight.

At one point, Rolling Loud even called for Travis Scott to step in as a headliner, but the plans ultimately fell through.

“We reached out to Travis to headline Rolling Loud, but it couldn’t work in such a short time,” a spokesperson for Rolling Loud said. “This had nothing to do with any restrictions from the hosting venue Hard Rock Stadium.”

Even though Scott’s return was a moment for Rolling Loud, he still has to contend with a potential lawsuit stemming from what happened at the 2019 Rolling Loud festival.

Concertgoer Marchelle Love claims Scott was aware his 2019 set was getting out of hand and failed to stop a stampede from taking place. According to documents obtained by TMZ, Love says multiple warnings came from local police and venue security regarding rowdy concertgoers, which Scott ignored. Love’s leg was broken during the stampede and other individuals in the crowd were getting trampled and passed out.

Rolling Loud Miami has had an eventful first two days for its 2022 edition. Ye, who pulled out of his headlining set Friday, wound up performing “Father Stretch My Hands Pt. 1” with Lil Durk. The man who was selected to replace Ye as a headliner, former Kids See Ghost collaborator Kid Cudi, ended his set after four songs when a fan hit him in the face with a water bottle.