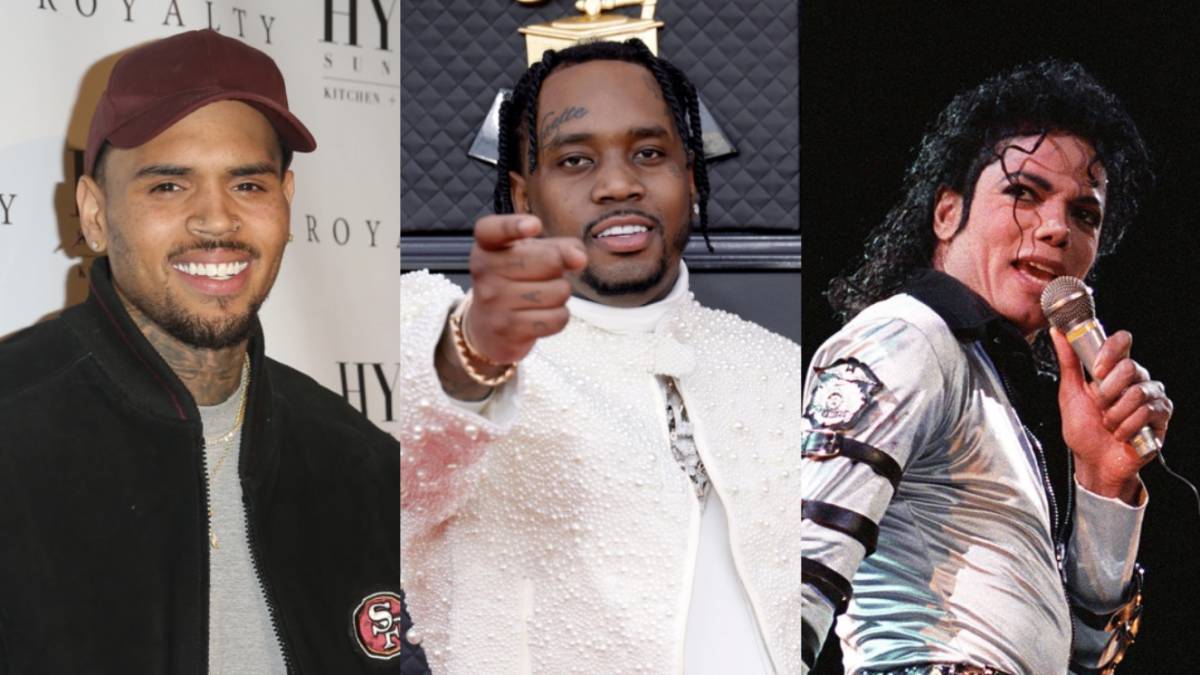 Chris Brown has been compared to the late Michael Jackson throughout his whole career, regardless of how people felt. On Sunday (May 29), producer LondonOnDaTrack took to his Twitter with a question calling for MJ’s heir apparent, which Brooklyn rapper Fivio Foreign wasted no time answering.

London’s tweet asked who is the closest thing to Michael Jackson in this current generation and Fivio called out Chris Brown, who many people believe to be the next King of Pop. The B.I.B.L.E. rapper didn’t offer much of an explanation behind his pick, but he joined others who felt the same, such as 50 Cent, Boosie Badazz, Justin Bieber and more.

Both Michael and Chris are singers who know how to bust a move with their incredible dancing ability, and they’re also adept at entertaining a crowd with their stage presence. Both artists are commercially successful when it comes to their music, as they’ve sold millions of records worldwide.

Chris Brown will be looking to sell even more records when his tenth studio album Breezy arrives right in time for the summer months. The R&B star shared the details of the project on Instagram last week with the caption, “JUNE 24th BREEZY ALBUM.”

The cover art shows a black-and-white photo of the back of Brown’s head with “Breezy” shaved into his hair. The 33-year-old also teased some of the features on the album, including Lil Wayne, Tory Lanez, Anderson .Paak, Jack Harlow, Fivio Foreign, EST Gee, Blxst, Yung Bleu, WizKid, H.E.R. and Ella Mai.