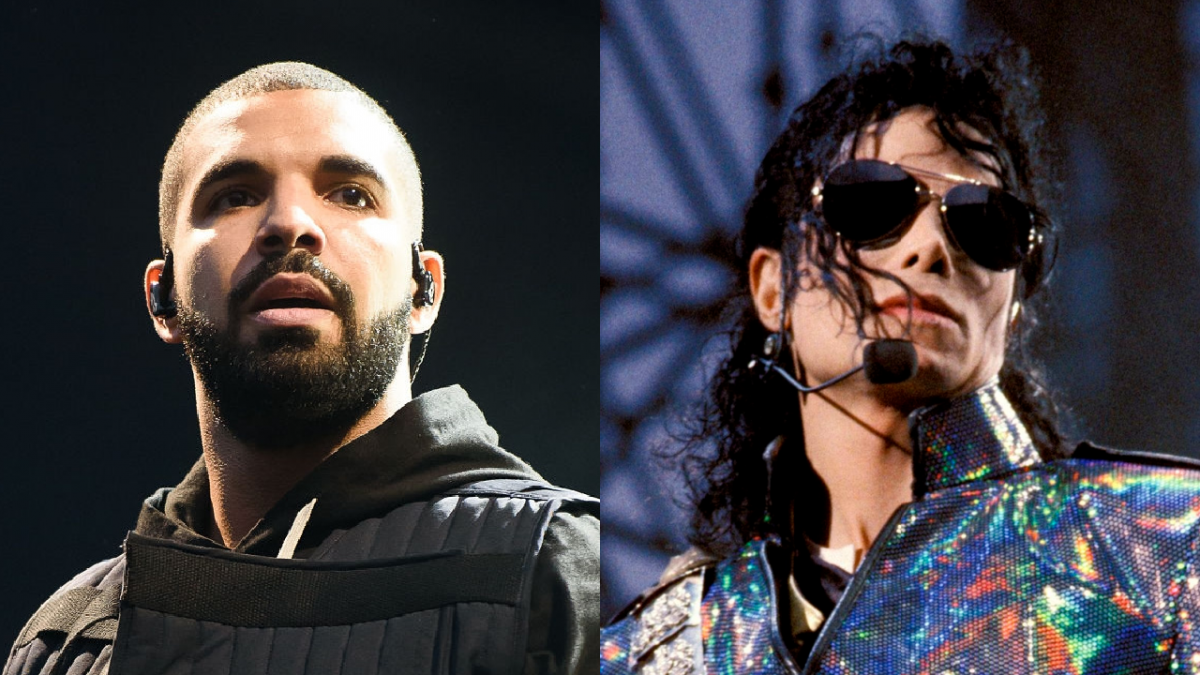 Billboard Sets Off Drake Vs. Michael Jackson Debate - With Numbers To Back It Up

Drake‘s Certified Lover Boy has already asserted its dominance on the charts, topping the Billboard 200 with the year’s biggest sales week (613,000 units) and Spotify streaming debut (743.7 million on-demand streams) while claiming nine of the top 10 spots on the Billboard Hot 100.

While much of the build-up to CLB’s September 3 release saw Drake pitted against Kanye West, who released his own new album Donda less than a week prior, the enormous success of the Toronto rapper’s latest effort is drawing comparisons to an even more rarified music legend.

On Saturday (September 18), Billboard posted a tweet posing the question, “Is Drake in 2021 now as big as Michael Jackson or The Beatles at their peaks?” along with an article examining the factors behind Certified Lover Boy’s chart dominance.

Is Drake in 2021 is now as big as Michael Jackson or The Beatles at their peaks? Let's look at some of the factors behind Drake's incredible chart bow.https://t.co/CE6oM8pN5D

For one, CLB’s aforementioned nine top 10 hits means Drake has broken Michael Jackson’s record for the most Billboard Hot 100 top 10’s from the same album. Previously, MJ’s 1982 blockbuster Thriller posted seven songs in the top 10, a feat that stood for 37 years.

However, Michael Jackson still reigns supreme over Drake when it comes to the most consecutive No. 1 singles (5 to Drake’s 2). Thriller, meanwhile, remains the best-selling album of all time with a reported 100 million copies sold worldwide.

Needless to say, Billboard’s tweet set off a passionate debate between Drake and Michael Jackson’s respective fans as they compared the 6 God’s record-breaking run to the King of Pop’s enduring popularity.

“NOBODY, was, is, or will be at the level of Michael Jackson,” one fan replied on Twitter. “A genius like him can only be seen once.” Another added, “The Cultural impact of Michael crushes everything drake has done… Michael’s music is literally WORLDWIDE impactful. Drake is not touching that at this point.”

The conversation even spilled over on to Instagram after DJ Akademiks posed Billboard’s question to his 4.4 million followers.

“Drake is Gen-Z version of Michael Jackson lol,” one follower commented, while another shut down the comparisons by writing, “Micheal Jackson had grown men fainting and he ain’t do shit but stand there.”

Last year, Fat Joe shared his two cents on the topic by hailing Drake as “the Michael Jackson of this time” on Instagram Live, which drew the ire of MJ fans on social media.

While Drake has yet to weigh in on the debate, he might not be so quick to modestly dismiss the lofty comparison. “Not sure if you know but I’m actually Michael Jackson/The man I see in the mirror is actually goin’ platinum,” he rapped on CLB’s “You Only Live Twice.”

Check out more reactions to the Drake vs. Michael Jackson debate below.

The fact you have to compare him to Michael speaks for itself. He is the blueprint. The world will never experience the amount of star power Michael had again. pic.twitter.com/GfP7f4eG1y

You can try to push this narrative all day long. Nope. pic.twitter.com/h0TUAbplTQ

Michael jackson
Reminder of his record:

?5 best-selling albums of all time

? Most successful artist of all time

@billboard tweeting this again ? feeding us drake's CHART success when ppl keep on asking for his INFLUENCE and IMPACT ? pic.twitter.com/kyPqapl52F