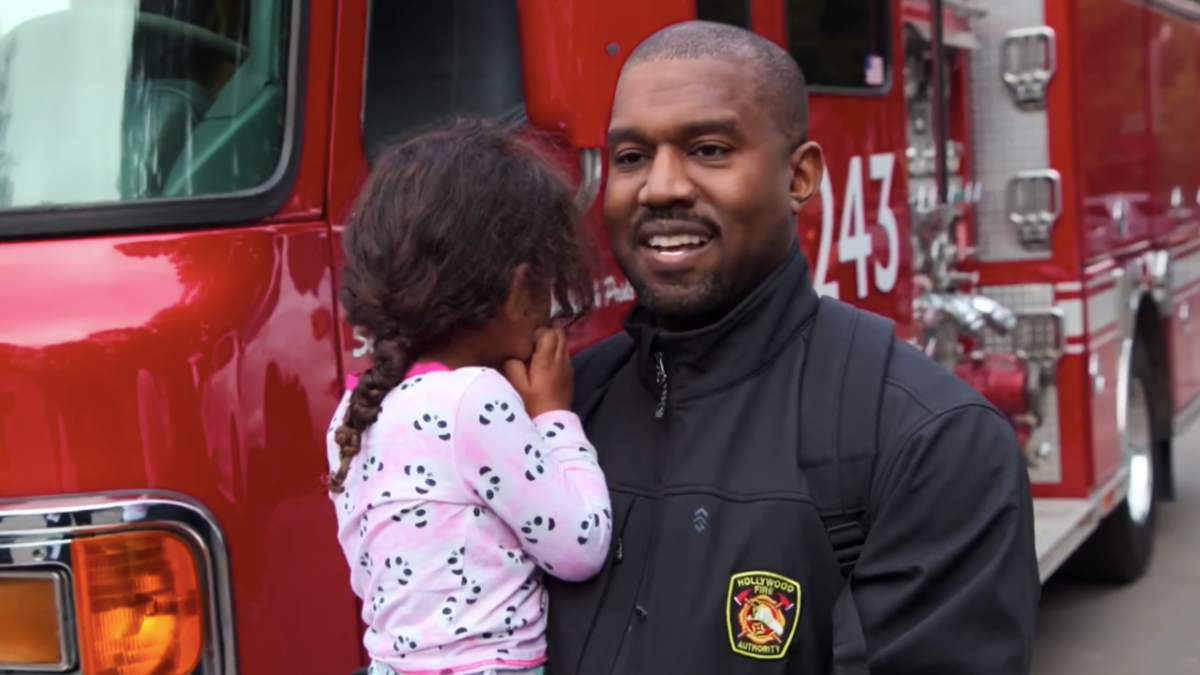 The heart-warming footage was debuted during Thursday’s (May 19) episode of The Kardashians, which featured Kanye riding in style with North, Saint and Chicago in a fire truck to school.

The kids each took turns in the driver’s seat ringing the various horns and tried on the helmet equipments of the Hollywood Fire Department.

“Guys, is this not the coolest thing ever?” Kim said to the kids. “I don’t think anyone has ever done this before ever.”

Ye took the kids to school in a fire truck! ? pic.twitter.com/i7qUSUIwO3

Kanye West always tries to create the ultimate experience whenever he gets the time to spend with his four children and this move definitely earned him some Dad of the Year nominations.

Of course, he and ex-wife Kim Kardashian are in the process of a divorce, which she filed for in February 2021.

Kim has moved on to a relationship with SNL‘s Pete Davidson while Kanye is still going strong dating 24-year-old Chaney Jones, who recently inked herself with a “Ye” tattoo on her left wrist.

Stream the episode on Hulu.