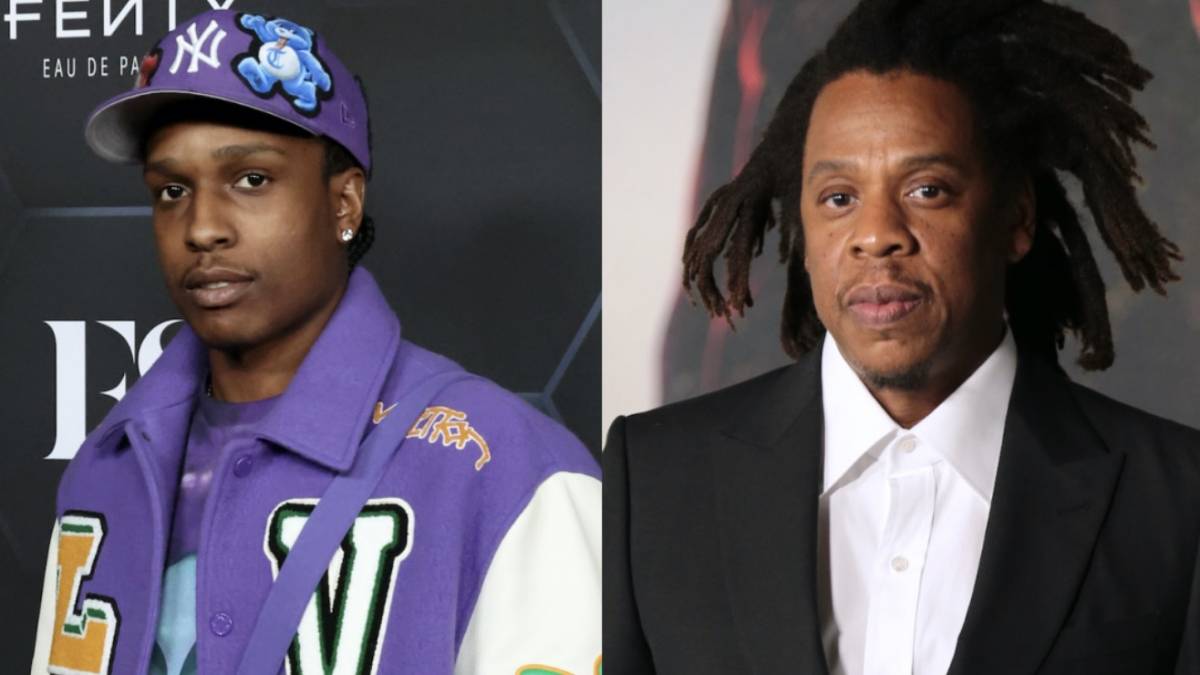 A$AP Rocky‘s upcoming Drink Champs episode is filled with stories fans are dying to hear, and one of them involving JAY-Z is pretty hilarious. On Wednesday (May 11), a portion of the episode surfaced finding Pretty Flacko telling the story of how Hov confronted him and his A$AP Mob crew over one of his verses mentioning the Brooklyn rap legend’s luxury champagne brand Ace Of Spades.

Rocky’s 2012 single “Goldie” contained a line that referred to Jay’s champagne, and it appears the Roc Nation boss wasn’t too fond of the lyric in question.

“When I first came out, I’m like, ‘Cristal by the cases, maybe that was racist/I would prefer the Aces, ain’t no different when you taste it,'” Rocky said. “Like, I ain’t know Hov — I ain’t know Jay owned Ace of Spades. I ain’t gonna lie, I don’t think he was jacking that.”

Drink Champs co-host N.O.R.E was baffled by A$AP Rocky’s admission and asked if JAY-Z called or confronted him in person. The Harlem native explained Hov actually bumped into A$AP Bari and other members of the Mob and began asking questions.

A$AP Rocky continued to explain that JAY-Z was adamant about rappers no longer aligning themselves with Cristal due to the brand allegedly being “racist” and never really supporting Hip Hop culture. Something similar happened with Jeezy when he saw JAY-Z slap a bottle of Rosé out of Bad Boy producer Stevie J’s hands one time and replace it with Ace Of Spades.

“Yo, the illest thing I ever seen is, I see Stevie J walking through the club, and me and Hova, we standing in the section, and he’s walking through the club,” Jeezy said in a 2016 interview with Hot 97. “Soon as he walk up on Hov, Hov look at me, Stevie J got a bottle of Rosé in his hand. Hov reaches over, slaps the bottle out his hand, it drops on the ground, bing bing bing bing! [Hov] reaches over in the tub, gives him a bottle of Ace and salutes him, and let him walk off. Illest shit I ever seen in my life.”