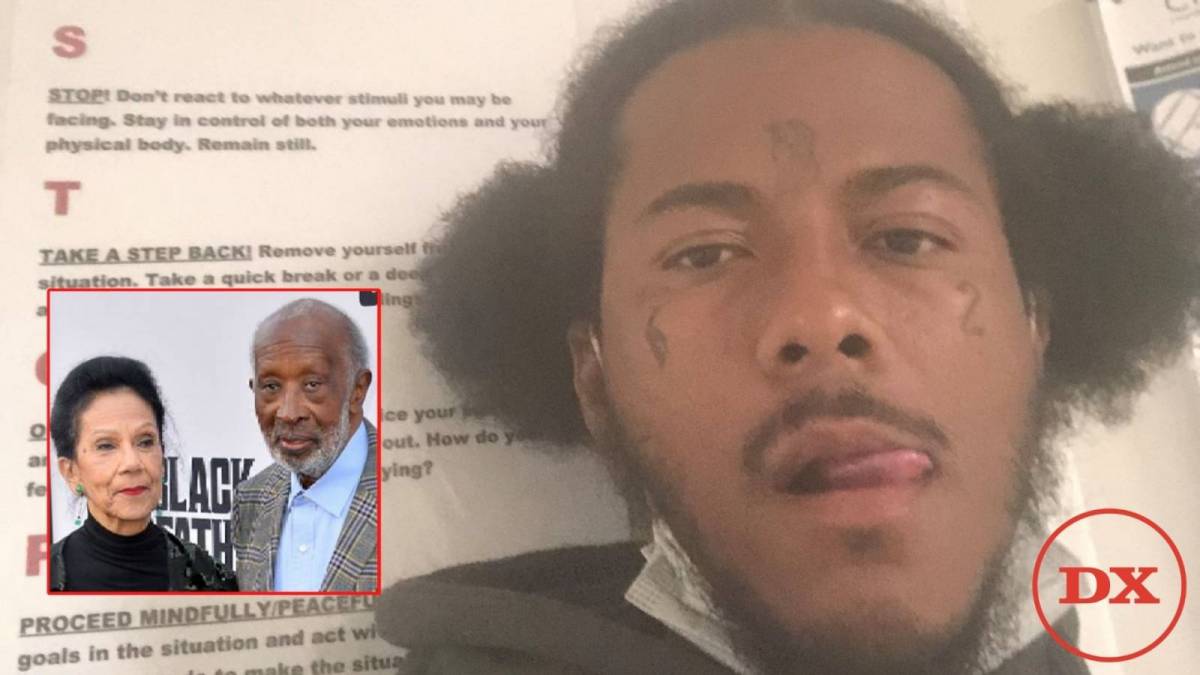 Jacqueline Avant's Admitted Killer Shot Her In The Back, Laughed & Bragged About The Murder From Jail

Los Angeles, CA – Jacqueline Avant’s admitted killer Aariel Maynor pleaded guilty to murder, attempted murder, possession of a firearm by a felon and two counts of burglary in March. Maynor stands accused of killing the 81-year-old woman at her Beverly Hills home last December but apparently doesn’t have much remorse for the crime. According to the Los Angeles Times, court records show he shot her in the back and later “laughed and bragged” about the senseless slaying from during a jailhouse phone call.

District Attorney George Gascón is seeking 150 years to life for the murder with a three-strikes enhancement, plus a consecutive 43-year term for other crimes. But Maynor allegedly bragged to his friend he’d “only serve 20 to 25 years” because Los Angeles County prosecutors failed to file special circumstances murder that could have resulted in life without parole or the death penalty.

“It was a horrific, tragic crime the impact of which continues to traumatize her family and the greater community,” Gascón said. “I wanted to hold him accountable but at the same time avoid a painful trial for the family… Mr. Maynor has been in the system since 12. It speaks to the failure of the criminal justice system. He rated as the highest of most violent offenders in the prison system.”

The sentencing documents reportedly shows Maynor called a woman from the Los Angeles County jail shortly after the murder and “laughed” about it and the publicity surrounding it. After all, Avant was a noted philanthropist, political activist and the wife of legendary music executive Clarence Avant, also known as the “Black Godfather,” and the murder was headline news.

The woman on the phone replied, “That’s not funny. That somebody’s life.” Maynor continued to say he “was all over the news” and asked, “You think my mama’s seen that, though?” He told the friend he expected to get $50,000 from a burglary there that night. Maynor then admitted after the failed robbery attempt, he hit a Hollywood Hills and attempted another one. But Maynor was captured by Los Angeles police in the backyard of the Hollywood home after shooting himself in the foot with an AR-15 rifle.

Maynor was paroled from state prison three months before shooting Avant and two prior convictions for robbery and causing great bodily injury. In an attempt to obtain leniency, Maynor explained his time in the foster care system led to desperation. A probation report notes he was 21 and homeless at the time of his first robbery conviction, “in which he shoved a woman to the ground and kicked her in the face in Hollywood.”

Los Angeles police arrested Maynor for robbery a second time in 2018. While in jail, he reported suffering from bipolar disorder, among other conditions, and said he’d been taking medication to treat schizophrenia. In the court memorandum, prosecutor Victor Avila said Maynor “showed a disregard for human life” and is the type of defendant the “three strikes” law is for.

“He shot Jacqueline Avant in the back with a large-caliber weapon and attempted to kill a security guard,” he said. “If that was not enough, within an hour, he decided to break into another home with the same firearm.”