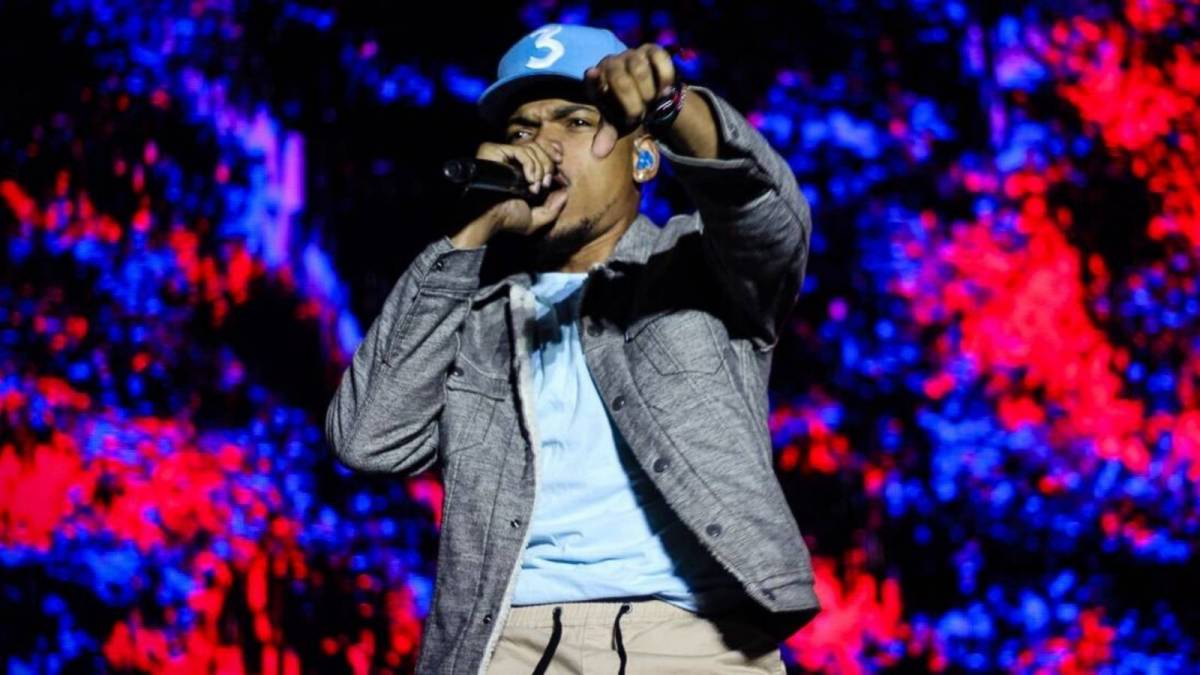 Chance The Rapper has kept a pretty low profile over the last few years, but he made his long-awaited return with a new single titled “Child Of God” last month. To show that he’s on his way back to full form, the Chicago native headed to The Late Show With Stephen Colbert to perform the song live for the first time on Monday (April 11).

Backed by a live orchestra, Chance performed the emotional song while sitting in front of a painting done by emerging artist Naila Opiangah. Viewers at home were able to rap along to the song as the lyrics appeared on the screen whenever Lil Chano spit them from the confines of his seat.

The rapper wouldn’t be seated for too long, though, as he stood up with conviction to close out the riveting performance and had Opiangah join him on stage. During a recent interview with the Chicago-Sun Times, Chance explained what the record “Child Of God” is all about.

Last month, Chance premiered the song at a special event in Chicago’s Museum of Contemporary Art with a video and the art piece Opiangah designed. Rumors are going around that the record could show up on the rapper’s next album, but he has yet to shine any light on that. Regardless, Lil Chano From 79th has seemingly found that love for music again.

“It took me a long time to get back to a confident space to be the person that I am,” Chance said at his event. “It was a long journey to get there, but I’m here, I’m standing on that shit. This piece took me a really long time to write.”