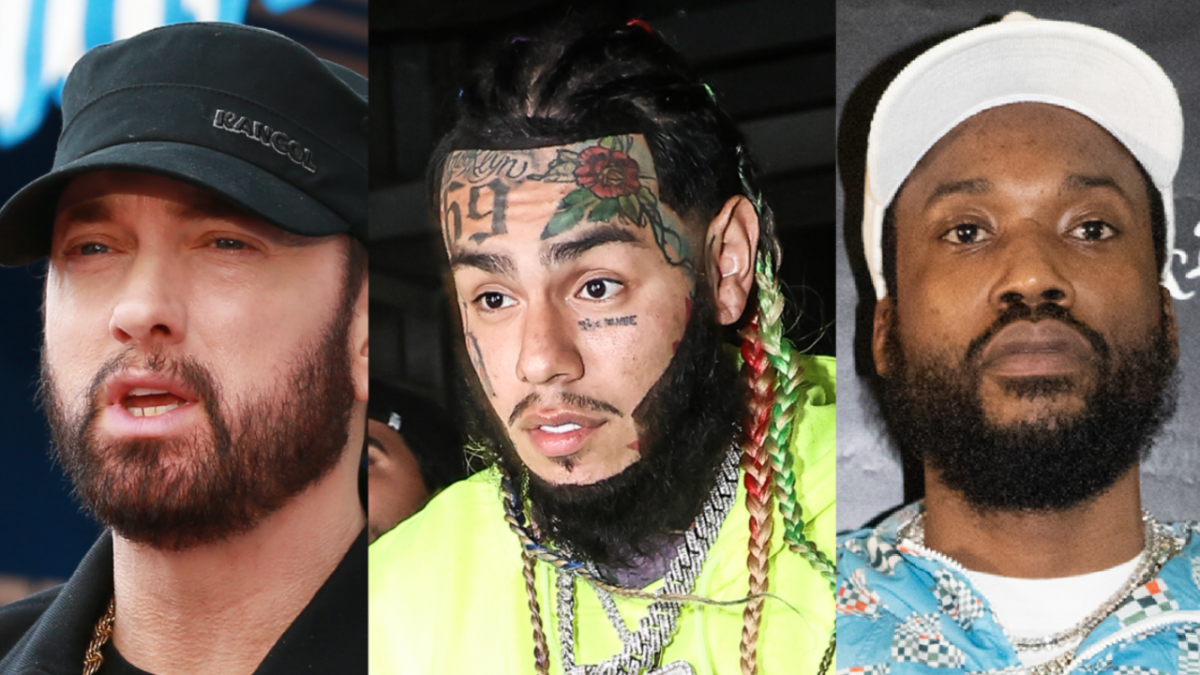 Eminem dropped his first verse of 2022 on Friday (January 14) on a collaboration with Cordae from his new album, From a Bird’s Eye View.

“Shit’ll make you wanna cop out like a plea deal,” he raps. “So I treat a beat like it’s Tekashi, spit on that bitch like Meek Mill.”

The 6ix9ine line refers to him cooperating with feds after previously facing up to life in prison. Eminem also mentions the confrontation between Meek Mill and 6ix9ine in February 2021, which saw the two rappers clash in a parking lot outside an Atlanta club.

“Why 69 just run up on me wit a bunch of cops so I spit on him,” Meek Mill said at the time. “I thought I was dreaming…he waited outside for me with the feds wtf. They did all this to go viral. Leave me alone rat.”

6ix9ine responded, “Stop letting these rappers lie to you. They to tough for security. @MeekMill running around with police. This how you expose these fake gangstas.”

This isn’t the first time Eminem has taken jabs at 6ix9ine, either. On his Music to Be Murdered By: Side B song “Zeus,” he rapped, “She says I am trash, but she listens to Tekashi (damn).”

Cordae getting Eminem on a track is a full circle moment for him, with his first ever release being a remix of “My Name Is” in May 2018. But it’s not the first time they’ve collaborated; Cordae was featured on Eminem’s “Killer (Remix)” alongside Jack Harlow in May 2021.

Eminem spoke about Cordae in February 2020, naming Cordae next to Young M.A and Griselda as some of the new artists who impressed him.

“We had Young M.A on the album, and she’s definitely one of the new artists that I’m super excited about — every time she puts something out, I listen,” he told Vulture. “And the guys we have signed to our label, [Buffalo, N.Y. rap trio] Griselda, that’s exciting. YBN Cordae, he’s dope.”