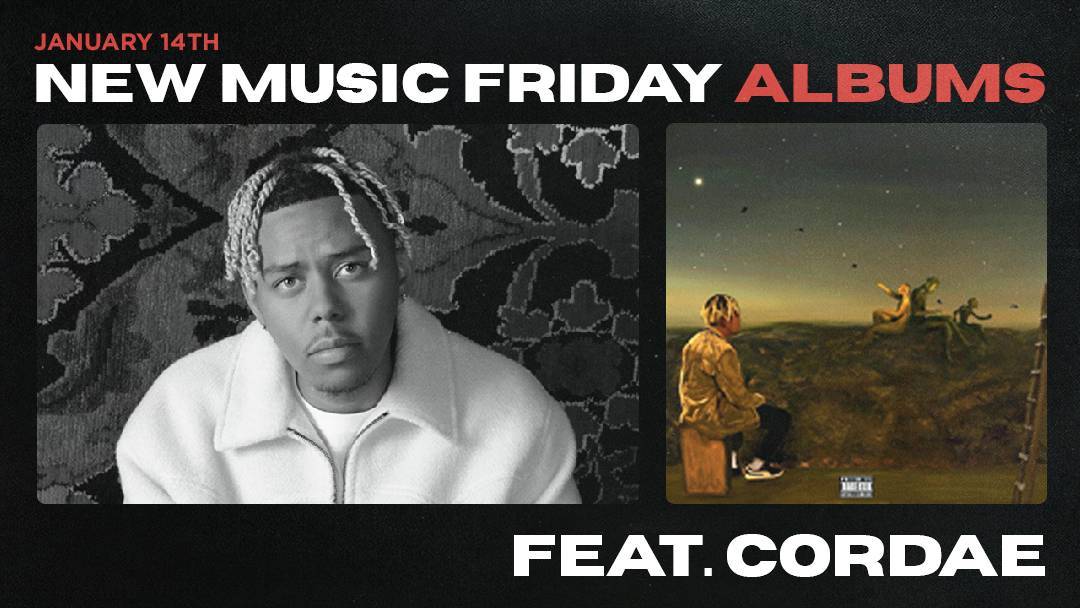 We’ve only made it two weeks into January, but 2022 is already shaping up to be an excellent year for Hip Hop and R&B music.

This round-up of New Music Friday is a particularly excellent collection of new albums from around the country. To start, we run through SICK!, the newest album from Earl Sweatshirt. From there we traverse to the world of Cordae’s second album, From a Bird’s Eye View.

Also included in this edition are new albums from Jim Jones and DJ Drama, Token and YoungBoy Never Broke Again, not to mention deluxe editions of The Weeknd’s Dawn FM and Gunna’s DS4Ever.

Cordae – From a Bird’s Eye View

It’s been a while since the former YBN member dropped The Lost Boy and it seems he wanted to issue a reminder that he’s more than Naomi Osaka’s boyfriend.

From a Bird’s Eye View arrives two years after Cordae’s debut and the expectations for the young rapper are just as high. Long hailed as a generational talent, Cordae’s latest features guest verses from a particularly elevated cast of artists including Lil Wayne, Nas, Stevie Wonder, Freddie Gibbs and more.

One of the most fascinating and talented rappers in all of Hip Hop, Earl Sweatshirt has finally come forward with SICK!, a follow-up to the fantastical and bizarre world of FEET OF CLAY.

The Los Angeles-based rapper first unvieled “Titanic” and “2010,” ahead of the project, two of his best songs in years, and the rest of the body of work does not disappoint. Produced in large part by Alchemist (with some hefty assistance from the likes of Black Noi$e and Ancestors), SICK! contains the heady elements of Some Rap Songs and FEET OF CLAY alongside more accessible moments reminiscent of his 2015 classic I Don’t Like Shit, I Don’t Go Outside.

Working with producers such as Ronny J, Digital Nas and Danny Majic, Token succeeded in highlighting the growth he’s undergone since the release of past projects including Eraser Shavings and Between Somewhere. Sounds from Pop, alternative and of course Hip Hop swirl around the 18-year-old rapper as he drops lyrical bars and catchy hooks alike.

After fans came down from the immediate highs of listening to YSL rapper Gunna’s latest offering DS4EVER, one question came predominant on Twitter: Where is “P Power?”

Perhaps it was part of the plan or maybe Gunna took a notice to his fans, but on the newly released deluxe edition of the Atlanta rapper’s follow-up to WUNNA, the Drake-assisted anthem was included. Nothing else has changed between the original and deluxe, but sometimes all an album takes to get to the next level is some Drizzy.

Colors Teaser, the latest addition to the YB canon, comes after the releases of songs such as “Fish Scale” plus From Tha Bayou, his joint album with Cash Money’s Birdman. Rambling thoughts, captivating harmonies and brazen wilding are all features of YoungBoy’s latest, a teaser of what’s to come in 2022 from the rap star.

Adding three new singles to the original tracklist’s 16, Abel expands on his 80’s revivalist exploration which began on 2020’s After Hours and ramped-up on Dawn FM. Newly added to Alternate World is the Swedish House Mafia-remixed “Moth To A Flame” and “Sacrifice,” plus the Agents Of Time-remixed “Take My Breath.”

Just after demanding a Verzuz rematch with Jadakiss and The Lox, Jim Jones tapped DJ Drama for their latest joint LP We Set The Trends.

DJ Drama of Gangsta Grillz (and more lately Tyler, The Creator’s CALL ME IF YOU GET LOST) fame and the iconic Diplomats rapper team up alongside a lengthy list of collaborators ranging from Icewear Vezzo and Fivio Foreign to Dave East and Migos.