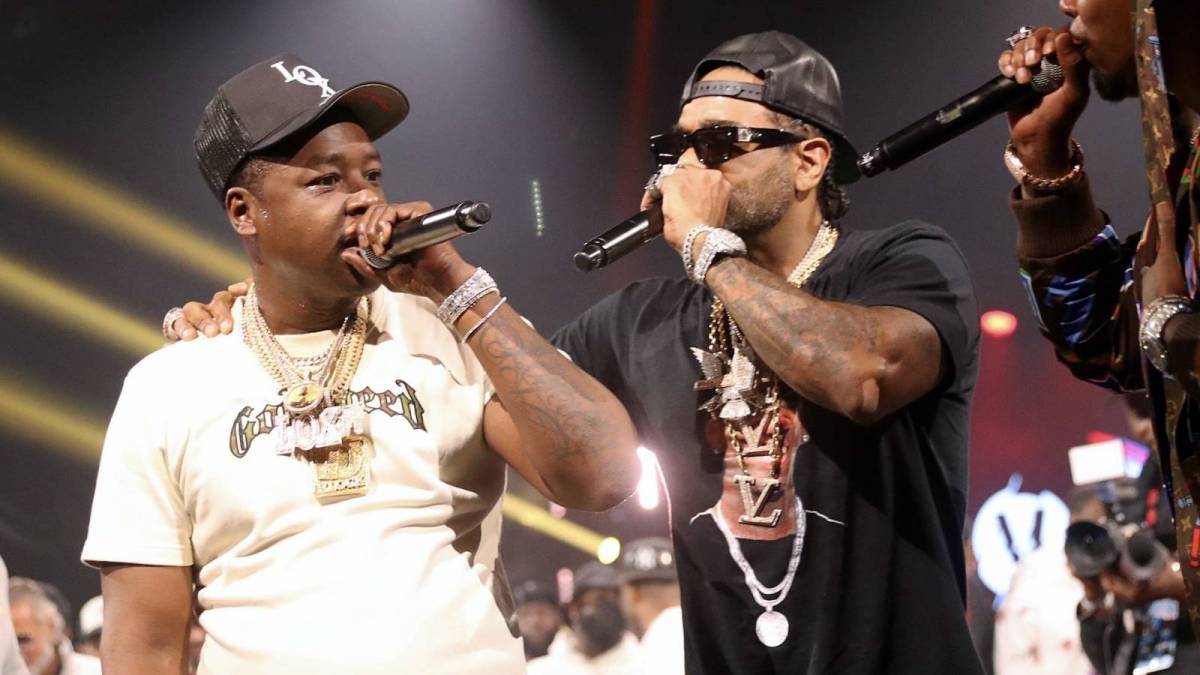 Jim Jones Demands Jadakiss Verzuz Following LOX & Dipset Battle: ‘I Don’t Like How He Did That’

EXCLUSIVE – It was the knockout heard around the Hip Hop world. Jim Jones, Cam’ron, Juelz Santana and Freeky Zeeky of the Harlem rap group The Diplomats fell at the hands of the Yonkers natives Jadakiss, Styles P and Sheek Louch of The LOX in an epic 2021 Verzuz Showdown.

In the battle, Jadakiss put on an MVP performance that had many crown him the King of Verzuz. Even though Dipset was hit with blow after blow, Jim Jones held it down when it looked like they were out for the count with records such as “Certified Gangstas,” “We Fly High” and “Salute” glaring through the Hulu Theater speakers.

Coming from Harlem, New York, and watching Dipset lose to The LOX live was a hard pill to swallow and heartbreaking. I asked Jim if there was any chance he’d want a rematch with The LOX, and he admitted Jada, Styles and Louch came ready to fight, but there’s another match he’s looking for.

“People took it like a rap championship, and to hear you say that moment hurt your heart I’m like damn people really took this shit for real and to the heart like, man that shit is crazy,” Jim said in between tokes of his blunt.

The buzz in the air that night was electrifying as people from Harlem and Yonkers came to Madison Square Garden with energy only a New Yorker could understand. It was a once-in-a-lifetime moment that people are still talking about five months later.

“We got on stage with n-ggas we respect and have known for 20 years,” Jim added. “It was a dope event overall and it’s something I don’t think the city will ever get to witness unless we happen to do a rematch or something like that. Jada got the best of the situation, and I owe him one. Don’t worry, I got him.”

Capo has been on a serious run as of late with all the quality projects he’s been dropping since 2018’s Wasted Talent. He has a Gangsta Grillz project with DJ Drama titled We Set Trends that’s extending this incredible second half to his career, coming out on Friday (January 14). With a respectable catalog like his, I asked Jim who else he would battle solo on the Verzuz stage if it wasn’t Jadakiss.

“I would want to have a Verzuz with Jada. Solo,” he said with a smile. “He has to deal with me on my terms. He better be prepared. When it comes to a top three, I don’t really have a list. I just got real smoke with Jada.”

He added, “I don’t like how he did that [laughs]. I want total smoke with him. Anybody else is welcome, and if the setting is New York, I feel like I can hang with whoever. I got some New York shit, the city. I got that.”