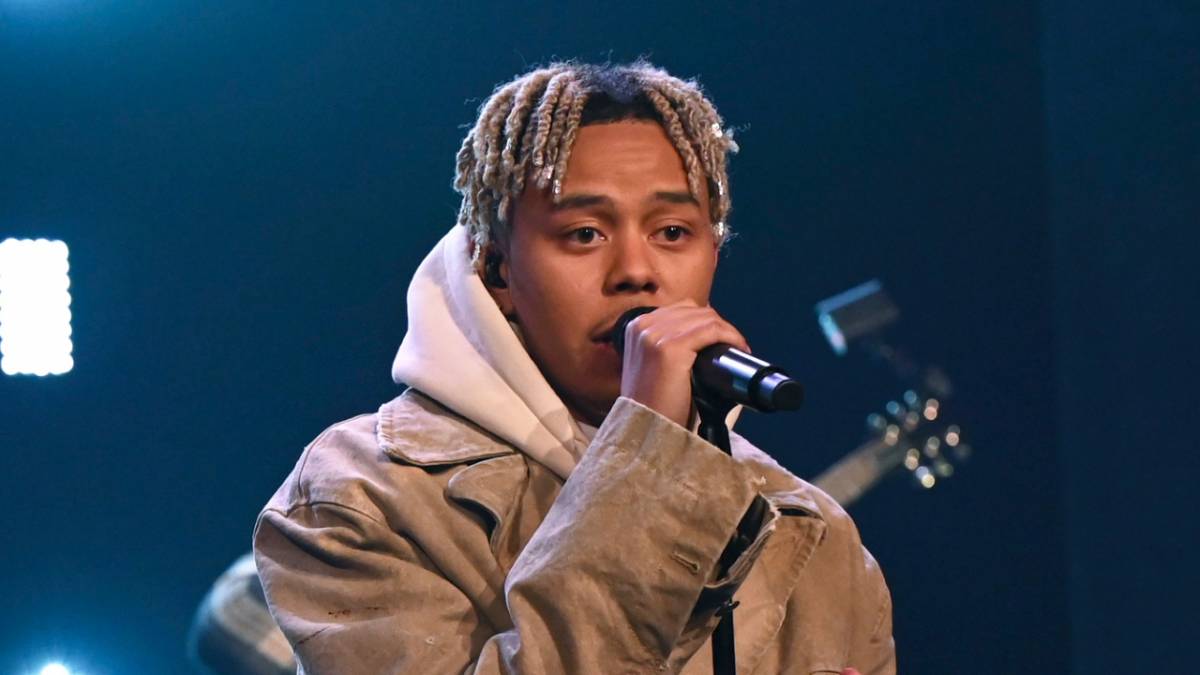 New York, NY – Cordae brought his upcoming album, From a Bird’s Eye View, to late-night TV on Monday night (January 10) with a visit to The Tonight Show Starring Jimmy Fallon.

Ahead of the release of his sophomore LP on January 14, the 24-year-old rapper treated the 30 Rock audience to a performance of his recently released single “Sinister.” Although Lil Wayne wasn’t on hand to perform his guest verse, Cordae delivered a jazzy rendition of the song with the help of a live band.

It wasn’t just existing material on his setlist, though. Cordae capped off his second Tonight Show appearance by launching into a new song off his forthcoming album called “Chronicles.” The DMV native may believe he’s the best rapper under the age of 25, but this melodic, R&B-infused tune shines a spotlight on his singing ability.

“On this road, and I’m not sure where my heart is headed/And if you left me now, I’d fall, regret it/Could you once think twice that I’m indebted?/I can’t waste no time, I know my time is precious,” he croons.

During his appearance, Cordae also joined Jimmy Fallon on the Tonight Show couch to discuss his rap idols (Kanye West, Kendrick Lamar, Nas and JAY-Z); launching his own label, Hi Level; and the concept behind From a Bird’s Eye View.

“It means to see things from outside of yourself,” he explained. “As human beings, we tend to all have main character syndrome, but to see things from a more zoomed-out lens. Me and you can get into an argument on TV and I can leave here like, ‘Aww man, Jimmy he’s not a nice guy!’

Cordae also bumped into actor/wrestling legend John Cena — who was Fallon’s other special guest on Monday — during his visit to NBC Studios, with the pair joining forces for a quick backstage comedy sketch playing off Cena’s iconic catchphrase, “You can’t see me.”

“I’m with a real legend. You know, a real G.O.A.T. over here. Where is he at that, though? I don’t even know. Oh, I’m just by myself in a selfie video,” Cordae jokes, to which Cena replies, “There’s a goat running around and nobody’s done anything? We need to call Agricultural Services!”

Just Cordae talking to himself 🤣 pic.twitter.com/ROcHKP3BYF

Prior to swinging by The Tonight Show, Cordae revealed the tracklist for From a Bird’s Eye View. The album clocks in at 14 tracks with guest appearances from Eminem, Lil Wayne, Nas, Freddie Gibbs, Lil Durk, Stevie Wonder, Gunna, H.E.R. and Roddy Ricch.