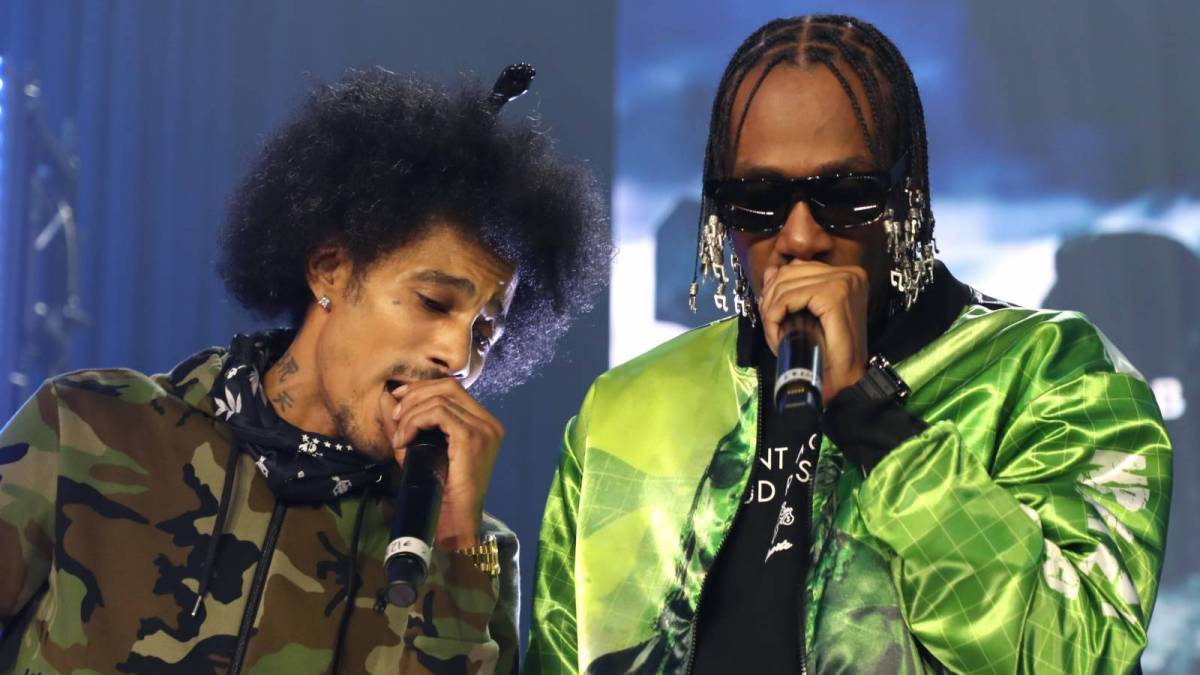 Krayzie Bone had a plan going into the December 2021 Verzuz between Three 6 Mafia and Bone Thugs-n-Harmony — crush it. But when a fight popped off between Bizzy Bone, DJ Paul, Crunchy Black, Juicy J and Gangsta Boo, his plan was momentarily derailed, and he was understandably annoyed. After all, this was meant to be a grand celebration of two legendary Hip Hop acts coming together to share their catalogs with their fans — not fight night.

“I didn’t know what was going on, because at the very beginning, my mind was on straight rapping,” Krayzie tells HipHopDX. “I was in full Verzuz mode, ready to rap like a muthafucka. I was ready to destroy some shit. That was my main reason for going, was to get on that mic and kill everybody.”

But when Three 6 Mafia performed their “Sippin On Some Syrup” anthem and Bone Thugs’ DJ countered with E. 1999 Eternal single “Buddah Loverz,” Krayzie wasn’t exactly thrilled about it.

“When we did that slow-ass song, I was heated,” he explains. “I performed that whole song, holding it in, but I was thinking to myself the whole time, ‘Why in the fuck are we doing this slow-ass song when they just came with all that energy?’ I was pissed, you know what I’m saying? And then I didn’t even see they were slow-dancing over there, so I didn’t know what the fuck Bizzy was talking about. But right when that song went off, my mission was to go back to this DJ and ask him, ‘Why in the fuck did you play that slow-ass fucking song?’ I was pissed.”

By the time Krayzie Bone made his way to the booth, Bizzy Bone was accusing Three 6 Mafia of mocking them onstage, saying, “Hey yo before we even get started, you ugly muthafuckas ain’t finna to be mocking me while I’m on muthafuckin’ stage OK? Straight the fuck up,” although Krayzie missed that part and was confused by what was unfolding onstage.

“I didn’t even hear what Bizzy said,” he says. “I didn’t hear none of the conversation they were even saying on the … I thought Bizzy was just about to grab the mic and talk some shit like everybody else was doing. So I’m back there and I see all the security guards rushing the stage, while I’m walking toward the back of the stage. Our security is running from backstage to the stage. I turn around, and everybody is on the stage. I’m like, ‘What the fuck is going on?’ And I’m standing there, pissed.

“At this point, I’m thinking Bizzy done come in here and started some shit. I didn’t know what happened. I’m like, ‘How is they mocking you? What did I miss?’ The part I caught from Bizzy when I started paying attention to what he said was, ‘You ugly mutherfucka.’ Like oh shit, this is going left and then that’s when all the shit jumped off. So I’m standing at the back of the stage, watching this shit the whole time, livid. We look like assholes on national fucking TV right now.”

Feeling discouraged and down, Krayzie Bone thought they’d just dug “even deeper into the shit.” He adds, “This was supposed to be a night we all shine and reap the benefits the following year. So I’m thinking we done fucked up Verzuz. When I see security take Bizzy offstage, I tell my dude, I say, ‘Bro, I’m about to get the fuck up out of here. We finna look like assholes in the morning.'”

Krayzie Bone headed back to his trailer and started packing up his belongings but much to his surprise, his presence was requested back onstage.

“I’m taking my shit out when our road manager comes and says, ‘Kray, they want you back onstage right now,'” he recalls. “I say, ‘What?’ He says, ‘Yes, bro, they want you to finish the show.’ I say, ‘You’re bullshitting. So where’s Bizzy?’ He was like, ‘I don’t know where the fuck Bizzy is right now, but we’re not going to worry about that right now. Go back onstage.'”

With that, the show continued and Bizzy Bone eventually returned to the stage with an apology. But Krayzie still didn’t fully grasp what exactly had transpired, although he was relieved the event wasn’t completely destroyed.

“I still didn’t know what was going on,” he says. “I’m thinking doofus came out here and done this all for … But I didn’t find out what actually happened until after the Verzuz was over and we were talking about it in my dressing room, and I was like, ‘What the fuck happened?’ I’m like, ‘Why did Bizzy flip like that?’ And one of my dudes, Rocky Rock, told me, ‘Yo, that n-gga told Bizzy to suck his dick.’ I was like, ‘What?’ I didn’t hear none of that. But then when I found out that’s what happened, I was like, ‘OK, he did the right thing.

“But my thing was this, I don’t understand how they’re mocking us when we chose to do that slow-ass song. I mean, if they would have done some shit like that, I would have done it, too [laughs]. This is a rap. We’re in a rap battle. Have you seen battle rap? They take way more disrespectful shots than that. They go for your dead mama, anything. So them over there, slow-dancing to a song we should have never done in the first place, didn’t bother me at all. I thought it was actually funny when I saw it on video. I laughed myself, like this n-gga’s silly. For real.”

Following the scuffle, social media blew up with reactions, but Krayzie Bone was just glad the event ended the way it did. “People were saying all kinds of stuff,” he says. “People were agreeing with him. What he did, he was supposed to do as a man. Some people were saying it was stupid, so it was a lot of mixed reactions. I’m just happy everything went over smooth. We were able to end the show. Nobody died.