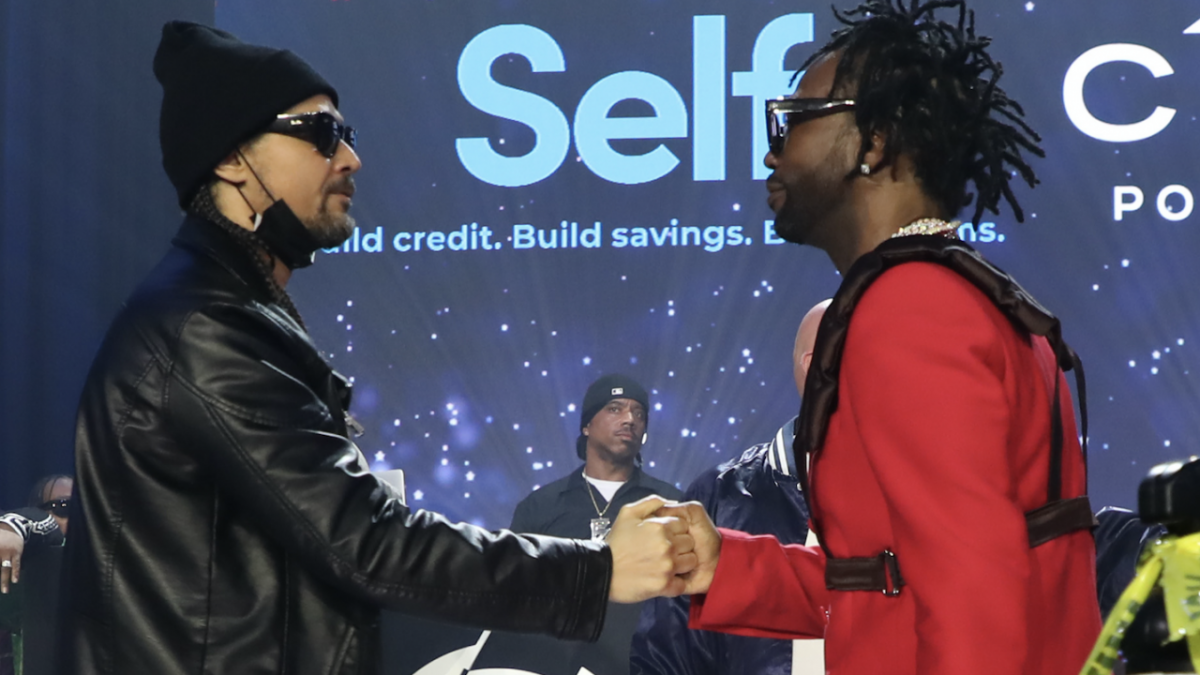 The long-awaited Three 6 Mafia and Bone Thugs-n-Harmony Verzuz battle provided another eventful and star-studded matchup on Thursday evening (December 2) at the Hollywood Palladium.

Yet the show was nearly derailed less than an hour in when tempers flared and a fight broke out thanks to Bizzy Bone hurling a bottle across the stage at members of the Memphis crew. Luckily, cooler heads prevailed to finish the battle and Bizzy Bone later apologized for his actions.

“I wanna apologize to everybody the fuck out there — on both sides,” he said while dapping up Juicy J. “I’m not trying to fuck this shit up. Pardon me. Let’s keep the muthafuckin’ party going.”

Following his on-stage apology, Bizzy Bone took to Instagram on Thursday night (December 2) to further drive home his point and make sure everyone knew he was sincere in what he said. He also revealed he has since spoken to Verzuz co-founder Swizz Beatz, who accepted his apology.

“I feel as a man there is a time to apologize and be the bigger person,” he began. “Even if you do not feel wrong. @melyssa_lp @triller @verzuztv thank you for everything. But when u a man you understand there is a time to be the bigger person. Mistakes will be made. This is Hip Hop, if we was posed to be perfect then we wouldn’t even be here – @therealswizzz (yes Swizz needed to be called and spoken to as well , even though he told me it was ok. Ol beautiful nigga.)”

He added, “When i got back on stage i meant what i said. I really hope you guys understand my passion for music and my seriousness about GOD. I really believe in what i say. Im a artist. I came back because i know a lot of people depended on me. It was not scripted but it ended perfect. A toast to Hip Hop. Sht gets a lil crazy sometimes.”

Bizzy Bone continued to have fun at his own expense by posting a photo of himself with the caption, “If ‘we can’t take you nowhere’ was a person.”

The chaotic night eventually crossed the finish line and ended up satisfying all parties involved. There were a ton of superstar surprise guest appearances from the likes of Lil Wayne, Wiz Khalifa, Young Buck, Lil Jon, Project Pat, 8Ball & MJG and Terrance Howard.