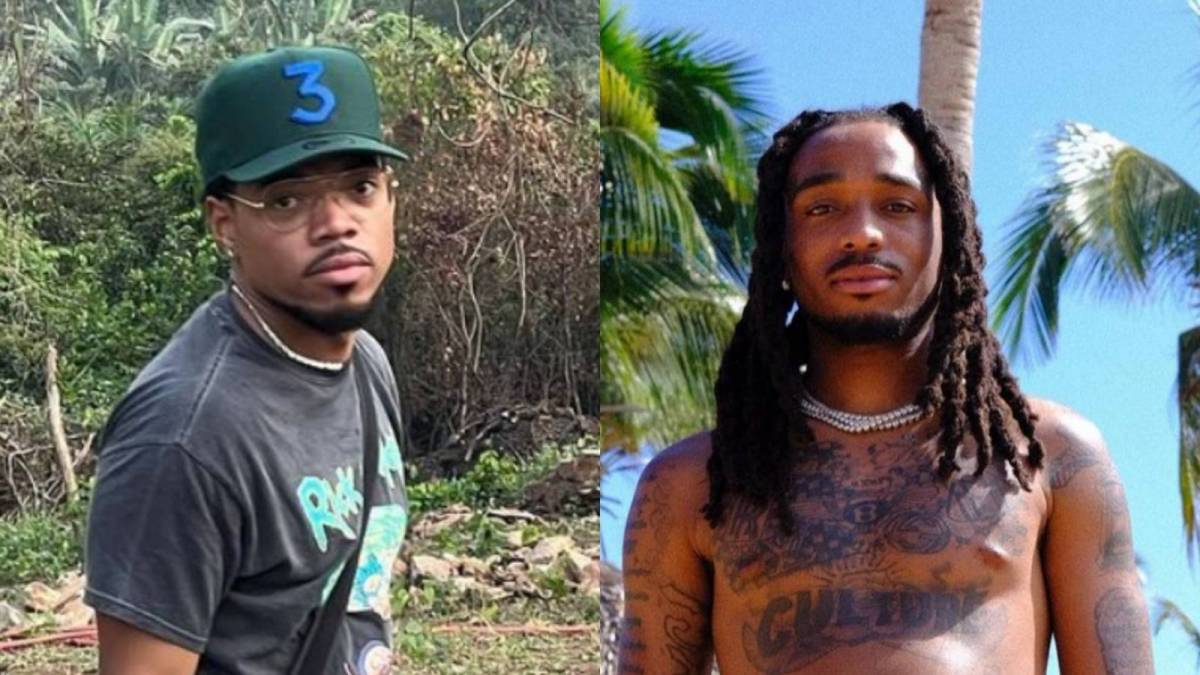 There may be a fourth member of the Migos after all. In an Instagram post Chance The Rapper shared on Friday (January 7),  the Chicago native revealed a close friend of his had uncovered his uncanny likeness to Quavo in a photo taken of him in Ghana recently.

“My homie from Chicago say I’m out in Ghana looking like @quavohuncho and I’m crine,” he wrote in the post caption.

While Chance The Rapper was out in Africa joining forces with Vic Mensa, his so-called doppelgänger was making moves on alleged former flame Karrueche Tran over the New Year holiday.

According to The Shade Room, Quavo and Karrueche were spotted spending time together on the tropical island of St. Martin to start 2022. Both Quavo and Karrueche are on the rebound after ending long-term relationships with their partners — Saweetie and former NFL receiver Victor Cruz, respectively — last year.

In 2017, the Migos artist and the Claws actress were purportedly involved in a fling following Karrueche’s break up with Chris Brown.

Tran was granted an emergency stay-away order in February of the same year after claiming Brown punched her in the stomach twice and pushed her down the stairs. She was eventually granted a five-year restraining order against the multi-platinum R&B singer, which also required him to complete a 52-week batterer intervention program.