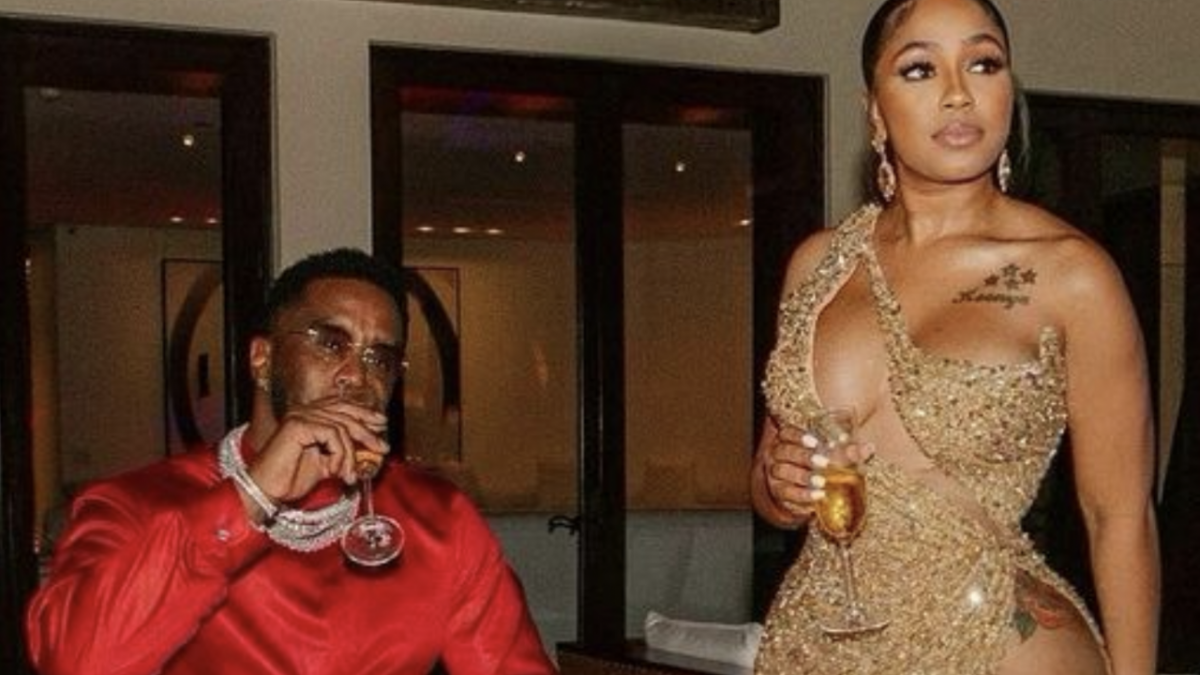 Miami, FL – While Yung Miami denied the two were a couple, the City Girls rapper spent New Year’s Eve ringing in 2022 with Diddy and wasn’t afraid to show off a few photos from the night together on her Instagram.

The flicks boast nearly a million likes and find Miami glistening in a golden open-slit dress while sharing a glass of champagne with Diddy who was dripping in red from head-to-toe.

With the dating rumors swirling once again, Yung Miami’s comment section was lit up with a series of flame emojis and praise.

“Lawd Caresha bout to shake the Internet,” one fan wrote while another added. “City girls up a billion dollars!”

During a December interview with WGCI Morning Show, Yung Miami replied with a firm “no” when asked about dating the Bad Boy mogul. JT chimed in claiming her rap sister was in a relationship but wouldn’t put a name to the label.

Rumors of the Yung Miami-Diddy relationship initially bubbled in June when they were spotted holding hands at Quality Control CEO Pierre “Pee” Thomas’ birthday bash. They were seen together in August, with Yung Miami sitting on Diddy’s lap while sipping from a bottle of his DeLeón Tequila.

Miami also name-dropped Puff on her track “Rap Freaks,” which dropped in October.

“Diddy, let me put it in your face like them roaches/And put your rich ass to sleep, buenas noches,” Miami raps on her track “Rap Freaks.”

Even though Diddy canceled his annual New Year’s Eve bash that was expected to have 500 people, he still hosted a party at his Miami home. Following his party with Future, Kanye West even pulled up to reunite with Puff.