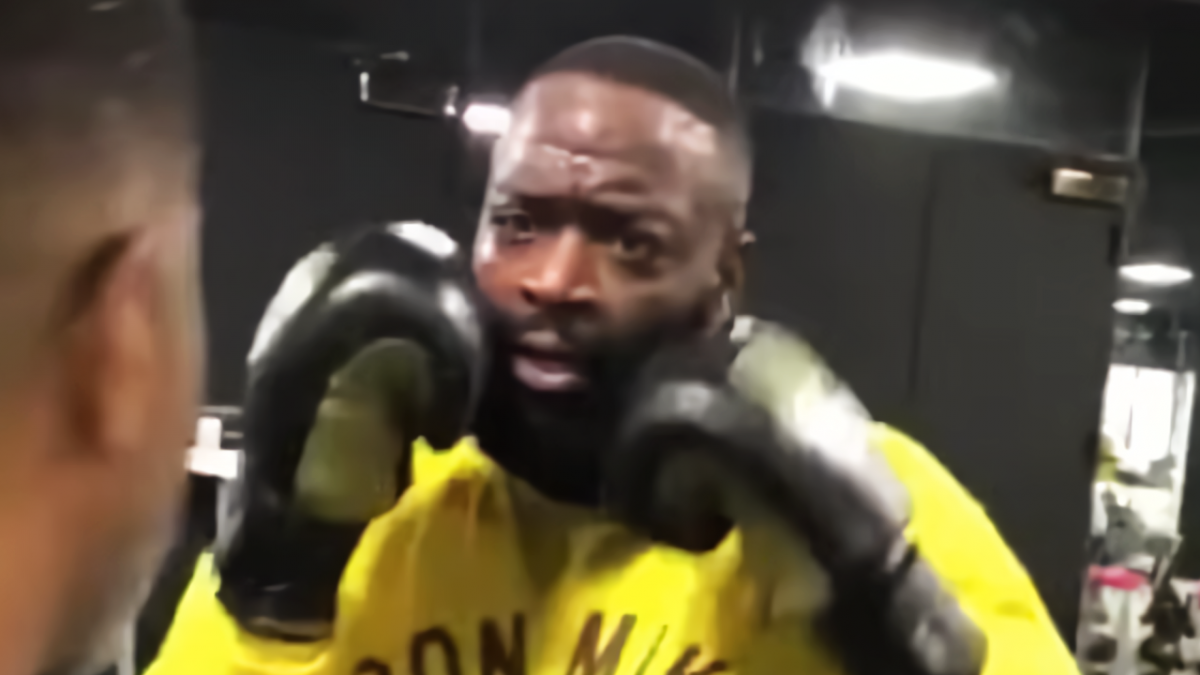 Rick Ross has been on a health kick in recent years, and one of his preferred ways of working out is boxing. The MMG mogul recently hit the pads for a training session and there’s video proof that he’s a pretty decent fighter.

In a clip posted to his Instagram Story on Monday (December 27), Rick Ross gets several punches in with his trainer at Allmighty Athletics. The Biggest Boss also makes great use of his space as he maneuvers with his trainer with solid footwork.

This isn’t the first time Rick Ross has displayed his boxing skills. In October, Allmighty Athletics shared a video of another training session with the Richer Than I Ever Been rapper. Rozay even caught his trainer with a punch that left his lip swollen.

“It should be somewhere in the back of your mind: ‘I want to swell the eye up or swell his lip up,'” Ross said in the clip. “Because he should want me, because that’s why I pay him — for him to teach me how to swell a lip up or an eye up. So your boxing trainer should be cool with you swelling his lip up.”

Rick Ross isn’t the only MMG rapper who gets busy in the boxing gym. Meek Mill has been spotted hitting the pads and heavy bag numerous times over the years, including an early-morning workout in October that showed off his improved skills.

The most lethal Philadelphia rapper in the ring, however, might be Lil Uzi Vert. Despite his pint-sized frame, Baby Pluto has been honing his boxing skills all year long and has an impressive level of speed, power and agility.

Boxing is all part of Uzi’s newfound love for fitness, which helps to keep both his mind and body healthy. “Working out definitely helps me with my performance,” he told Men’s Health earlier this year. “People that are stressed a lot and going through stuff, they should work out.”