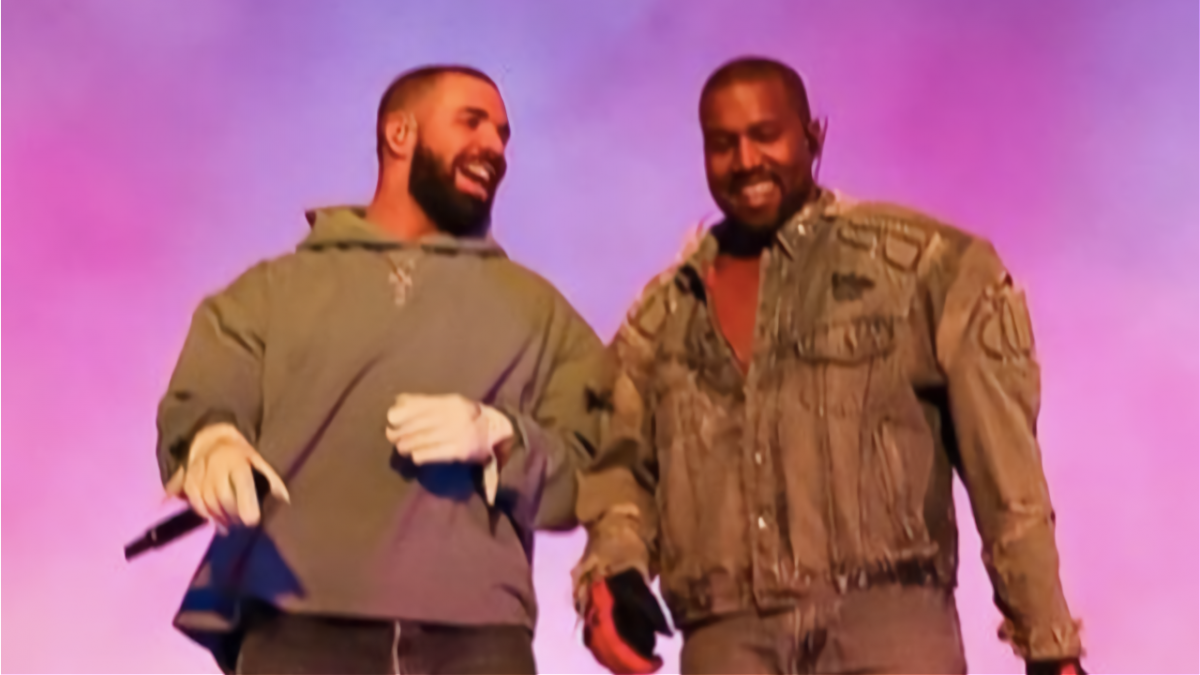 Intended to raise awareness of Gangster Disciples co-founder Larry Hoover’s fight for freedom after decades behind bars, Ye and Drake made their truce official by performing together in front of a sold-out crowd — and many more watching on Amazon Prime Video and in iMAX theaters.

After an opening set from Kanye’s Sunday Service Choir, the rap icons descended down the Coliseum steps and embraced each other before stepping onto the mound-like stage. Both rappers were draped in “Free Larry Hoover” merch that was on sale at the concert.

Over the course of the two-hour show, Kanye and Drake combined their extensive catalog of hits, taking turns to entertain the masses. Kanye’s set spanned The College Dropout all the way through to Donda, while Drake focused on more recent material including “God’s Plan,” “Life Is Good” and a slew of Certified Lover Boy cuts.

There were also crossover moments throughout the concert, as Kanye West performed Drake’s Thank Me Later ballad “Find Your Love” (which he co-wrote and co-produced) and Drizzy returned the favor by delivering a rendition of Kanye’s Donda hymn “24.”

In footage captured on the concert’s live stream, Drake was seen moving his hands and watching on with glee as Yeezy sang “Find Your Love.”

The historic concert was brought to a close by Kanye West and Drake sharing the stage and joining forces to perform their 2010 collaboration “Forever” (sans Eminem and Lil Wayne).

“When we were walking through the archway it felt like a dream … to be on stage with one of my idols while he’s running though one of the best catalogs in music, period,” Drake told the crowd during his performance.

Despite being a historic moment for Hip Hop, the concert has made Larry Hoover himself slightly uneasy. “He’s concerned that it may affect him negatively because it’s showing his influence,” his son, Larry Hoover Jr., said on The Drea O Show earlier this week. “But his influence is positive.”

For those who missed the show, Kanye West and Drake’s “Larry Hoover Benefit Concert” is currently available to watch back in full on Amazon Prime Video.

Check out more highlights from the concert below.