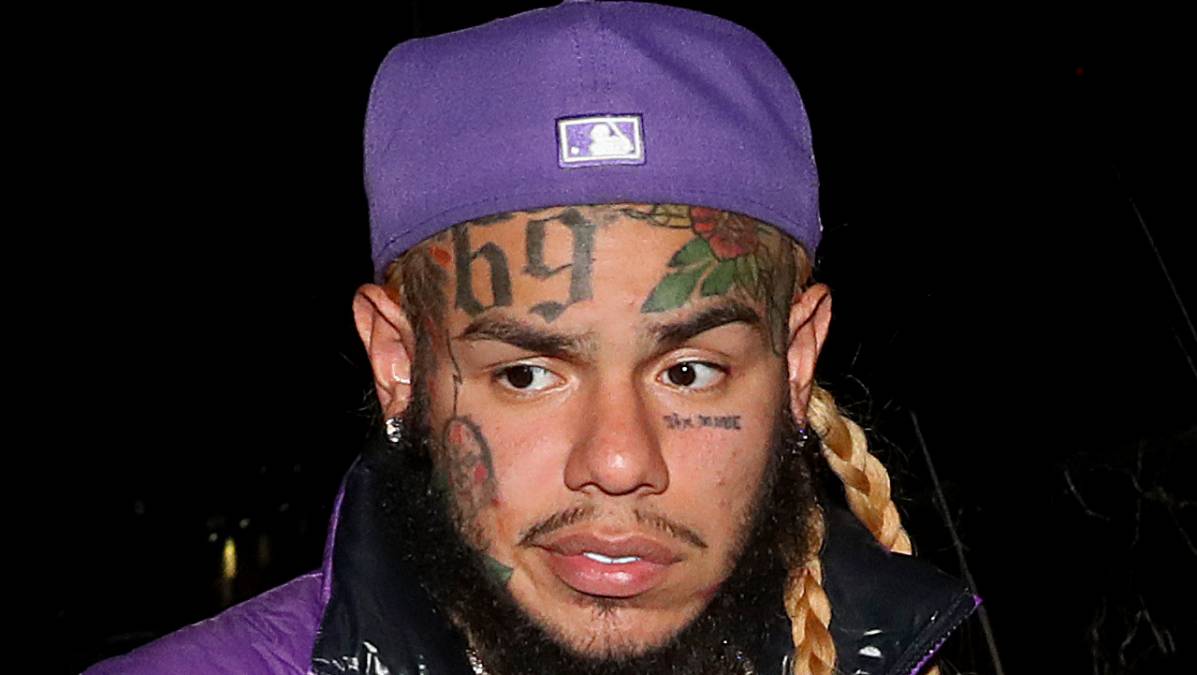 6ix9ine’s criminal history is relatively extensive for a 24-year-old. In 2018, he pleaded guilty to using a child in a sexual performance in a 2015 child sex case in which he publicly posted a video of a 13-year-old girl performing sexual acts.

The rainbow-loving rapper, who was 18 at the time, was sentenced to four years of probation and 1,000 community service hours as part of a plea deal. He was later found guilty of racketeering charges and sentenced to two years in jail but wound up serving just 17 months thanks in part to his cooperation with the federal government and the COVID-19 pandemic.

But according to a recent Instagram post, this all eluded British TV personality Mark Wright when he decided to dress up as the controversial rap figure for Halloween 2021. On Monday (November 1), Wright issued an apology for his choice in costume.

“My apologies for last night’s Halloween picture,” he wrote in the caption. “I only knew about Tekashi’s 6ix9ine’s music and not about his offenses. Had I known, it would not have been my choice of costume.”

Wright was made aware of 6ix9ine’s criminal past when people started commenting under his original Halloween photo. A quick Google search later and the post was removed. To be fair, Wright did appear to put in a significant amount of time making the costume legit. Sporting rainbow-colored braids, a grill, gold chains, multiple 69 tattoos — including the giant one of his forehead — Wright did a pretty decent job.

Wright initially tagged 6ix9ine in the post, but it’s unclear if the “TROLLZ” rapper actually saw it. His latest Instagram post was shared on October 26 and was used to promote a “TROLLZ” non-fungible token. Prior to that, it’d been five months since the professional social media troll had surfaced on Instagram. Par for the course, he rubbed his apparent success in other rappers’ faces — or at least tried to.

If Wack 100 is correct, fans will be hearing from 6ix9ine a lot more in the near future. During a Clubhouse conversation in September, Wack 100 claimed he had about $43 million of business with 6ix9ine on the table.

“It’s been about 30 or 45 days since I did the interview party on Clubhouse, right?” he said at the time. “So in the last 45 days, I probably done set up $43 million of business and I ain’t seen the kid. I’m talking about big movies, European tours, renegotiated his album terms all through attorneys and email.