It’s been 10 months of documenting the major accomplishments and minor setbacks of the 2021 HipHopDX Rising Stars, and the talented bunch is still on fire.

The majority of the Rising Stars spent this week performing at Rolling Loud New York, as well as on their own headlining tours.  Beyond the stage, 2021 HipHopDX Rising Star Flo Milli created a sense of nostalgia when she dropped her latest music video for “Ice Baby” just in time for Halloween.

HipHopDX announced Flo Milli had teamed up with COLORS to perform the new single on “A Colors Show” last week. Taking it a step further, the Alabama sensation channeled the viral reality dating show, Flavor of Love, dressing up as viral contestant Tiffany “New York” Pollard. 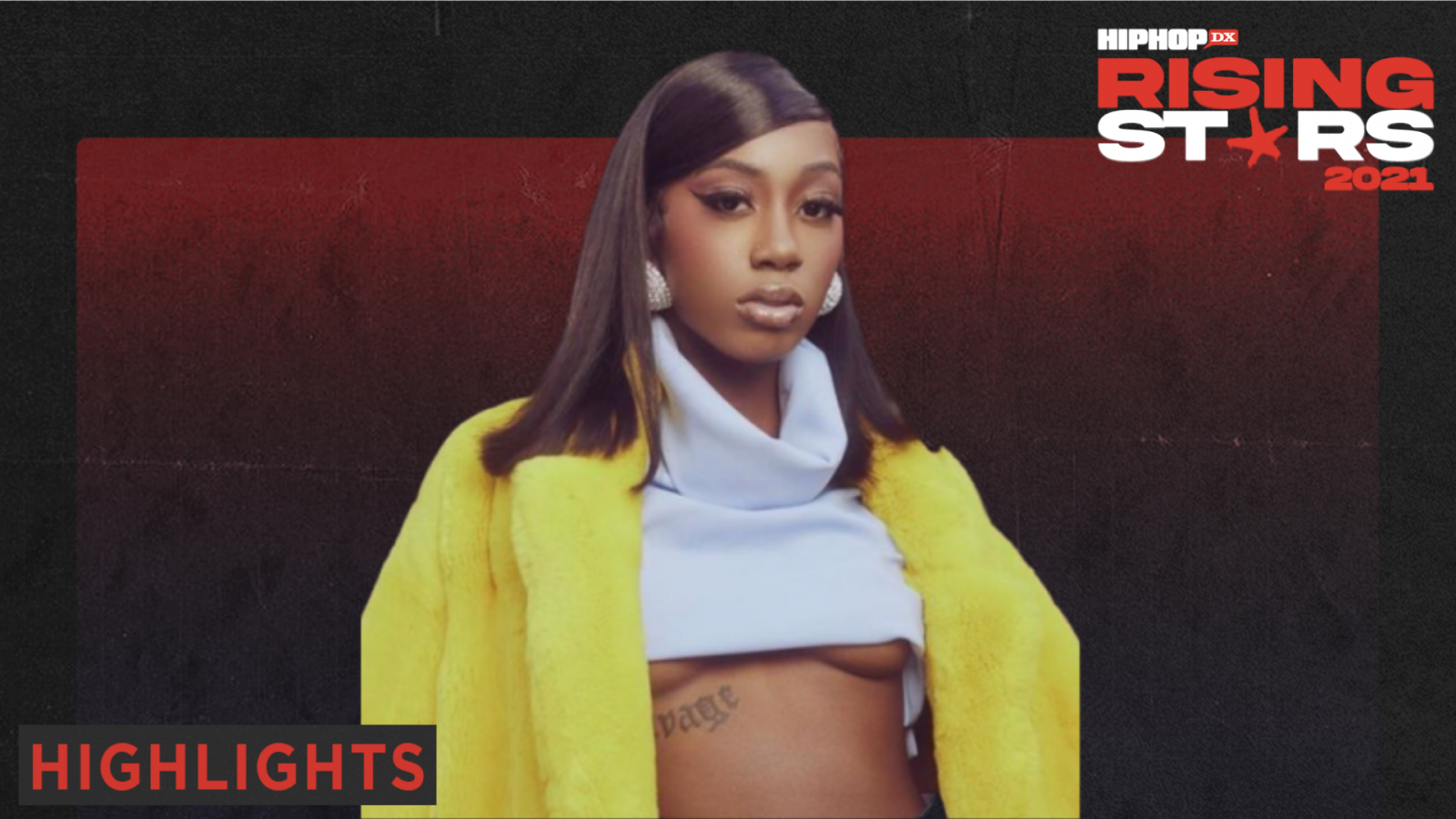 In 2006, Pollard reappeared on the popular VH1 show after getting her heart broken in the first season. When Public Enemy’s Flavor Flav rejected Pollard for the second time, she made reality show history when she cursed Flavor Flav out during her iconic exit, telling everyone on set that she “didn’t give a fuck!”

Flo Milli hit the nail on the head with her reenactment in “Ice Baby,” as she goes from being eliminated next to the real “Deelishis” and a fake Flavor Flav played by Buddy, to performing the hard-hitting track while dripping in ice.

Ironically, Flo Milli and Buddy both took part in the 2020 BET Hip Hop Awards cypher and now, the two have reunited for a hilarious nostalgic moment. Produced by Brett On The Beat, Ice Pic Brad and Beats By Slade, she’s giving her haters something to talk about.

“Hop in the car and I race, I see the stars in the Wraith, talkin’ my shit in your face, I might just spit in your face,” she raps. “Blood on my shoes ‘cause it bled, on the runway, it be red, you can’t keep me out your head, ho, keep my name out of your thread/Kick it with hoes, I don’t pick if you broke, the reason I’m different, I do what you don’t/You do what you can and I do what I want, the second that I get turned off then it’s on.”

Check out the visual for “Ice Baby” below.

The “Baddest” rapper brought a baby monkey a few weeks ago and named him Moon, and even made the little guy an Instagram account. Now BLEU is regretting his decision after he found out what he thought was a baby chimp, is actually a baby baboon.

Yung Bleu was sold a Baboon. He thought he bought a monkey 🐒 🤷🏽‍♂️ pic.twitter.com/SW3wkwFx0C

BLEU also made a joke to let his baby baboon go this upcoming Halloween party, tweeting, “Ima let my monkey go at the party.”

Ima let my monkey go at the party

Also, 2021 HipHopDX Sleepy Hallow dropped a music video for single, “Luv Em All.” In the visual, a mansion party is taking place jam-packed with women in bikinis and foam everywhere.

Check out the music video below.

Morray teams up with Derez De’Shon for “All Them Days” visual. (Watch here.)

Sleepy Hallow is one of 10 up and coming rappers on HipHopDX’s 2021 Rising Stars list. For more info on Sleepy Hallow and the rest of the talented bunch, read about them here.