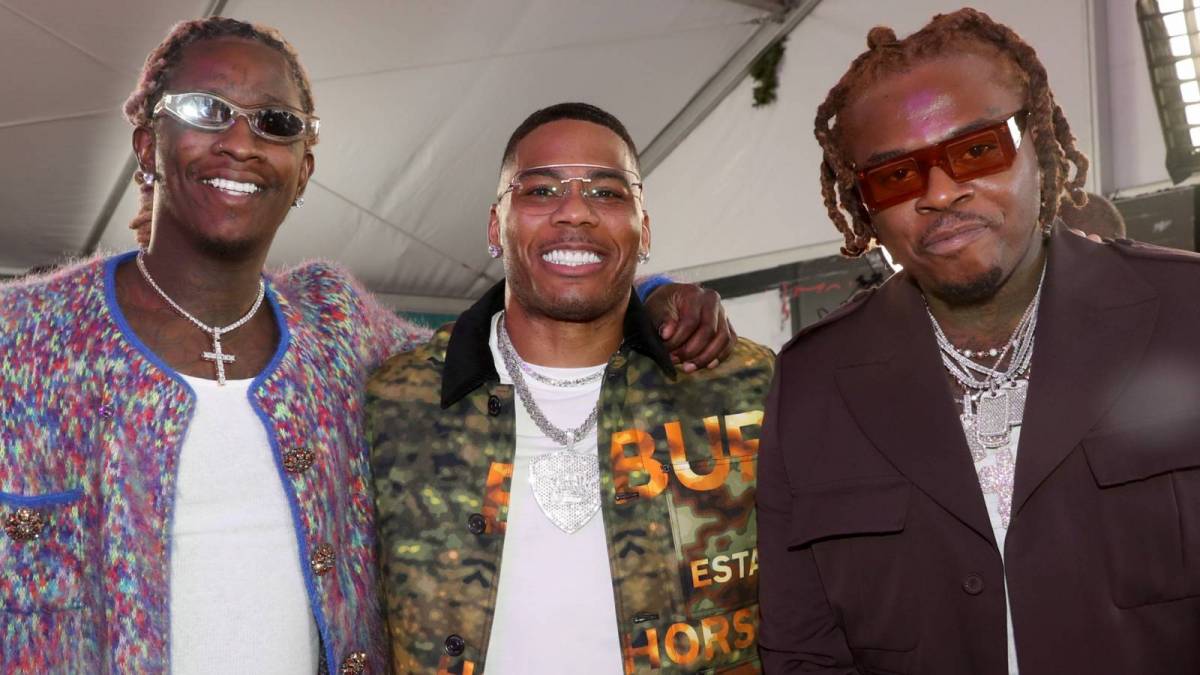 It goes without saying that there ain’t no party like the 2021 BET Hip Hop Awards show.

Countless stars descended upon the celebration of Hip Hop at the Cobb Energy Performing Arts Center on Friday (October 01), in Atlanta and hit the red carpet with no shortage of neck-snapping looks such as BIA’s marbled masterpiece and Latto’s ruby red nine-inch-nails flex.

Check out all of the fashionable front-runners from the 2021 BET Hip Hop Awards red carpet below.

Tyler, The Creator brought all of his ‘Album Of The Year’ Award-winning baggage with him to the Hip Hop Awards.

Latto sank her ox-blood claws into the Red Carpet, and her cropped blazer, mini-skirt outfit.

BIA debuted her other, other, chain, also flooded with flawless clear-cut diamonds like her and Nicki Minaj’s matching “platinum pussy,”  pendants.

After Young Thug’s viral moment and Gunna’s Kodak moment with slime and Nelly, the pair flicked up flexing their texture contrasting outerwear selections.

After purchasing acres of land for her rapper bae Moneybagg Yo, Ari Fletcher purchased real estate in the minds of viewers with a priceless and revealing little black dress.

Nick Cannon seemingly utilized his Red Carpet appearance to send a subliminal shot to rappers in the industry at large, with his dramatized styrofoam cup-accessorized costume.

Nelly strolled around in an eye-catching graphic camouflage printed outerwear jacket prior to his hit-stricken medley performance during the show.

No Disrespect to the Father Of Asahd producer but Fat Joe held it down in a baby blue Louis Vuitton tracksuit in a way that DJ Khaled could never.

Fivio Foreign was the logo-whore for the night and dripped sauce as a walking Louis Vuitton triple entendre sporting a monogram button-up shirt and holster.

IDK brought his trademark black durag to the carpet complete with a gray flannel suit he rocked shirtless.

Rapsody pulled up in a lumberjack hat, platinum biker jacket and blacked out Givenchy tee, on some chill “real rap,” vibes.

Doechii mixed an edgy high fashion blazer with an intimately draped skirt highlighted by her smokey make-up — in other words, Doechii slayed!

Kaytranada proved how simple staples such as a trucker jacket can be show-stoppers when paired with the perfect trouser — like the one’s he sporting in this black-on-brown fit.

Every time Paul Waul opens his mouth, it looks like he brought half the jewelry store with him and of course, his BET cameo was no exception.

DJ Envy of The Breakfast Club came suited and booted in his custom tuxedo — that members of the ’85 South Show’ roasted him for.

Along with the high-class fashion, there were multiple noteworthy moments throughout the night including Tyler’s Andre 300 and Q-Tip homage-paying Album Of The Year acceptance speech, J. Cole’s major W aided by his standout performance on The Off-Season and more.

J. Cole Stamps His 'Off-Season' With Lyricist Of The Year Win At 2021 BET Hip Hop Awards

For a full recap of winners from the 2021 Hip Hop Awards here.

Also, revisit the latest edition of DX’s monthly coverage of the Best Hip Hop, Rap and R&B releases of 2021, so far, below.