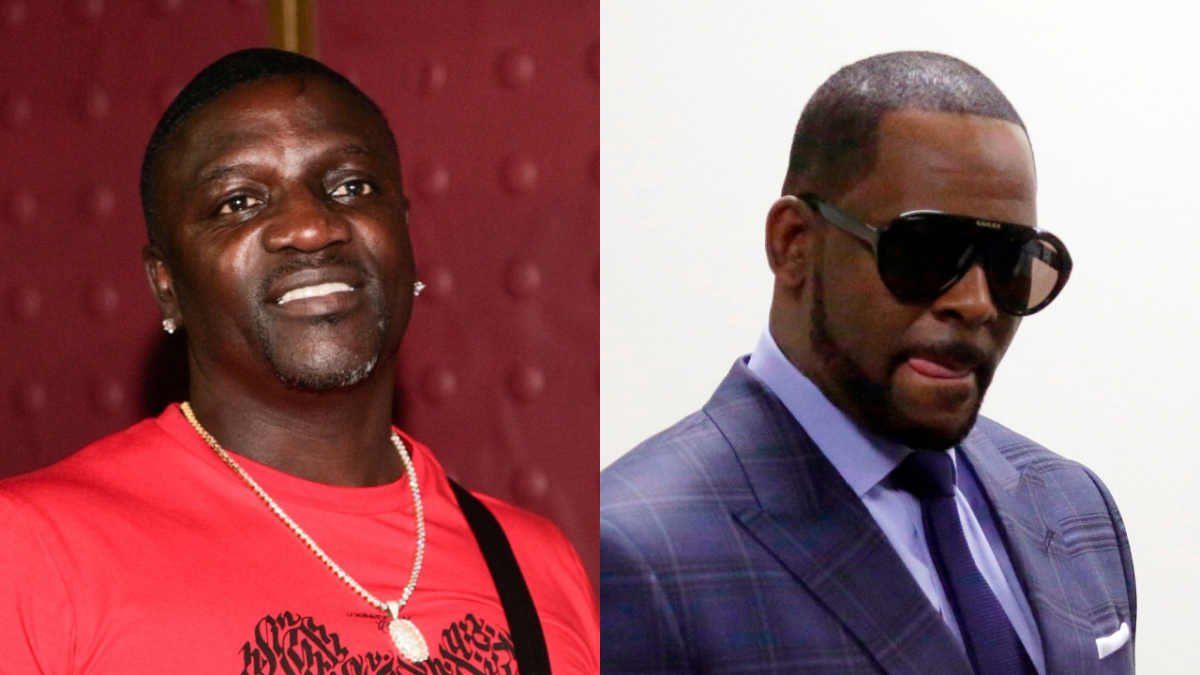 Akon might want to avoid catching up with TMZ for the foreseeable future.

On the heels of his controversial comments about rich people having it worse than poor folks, the “Lonely” artist believes R. Kelly should have a shot at redemption following his conviction on numerous sexual abuse charges on Monday (September 27).

Akon continued, “I believe that God makes no mistakes. People can debate back and forth all day but if it’s happening to him, it’s supposed to happen to him, for whatever reason. Now, that’s something that he has to have within himself to re-evaluate his whole life, his way of being, because to get caught up in a situation like that, whatever happens, [it’s] between him and God.”

The New Jersey-bred icon separated the person from the artist and complimented R. Kelly on being one of the best to ever pick up a pen that music’s ever seen. He believes that “can’t be taken away from him.”

R. Kelly was convicted in a Brooklyn federal court on all charges, including sexual exploitation of a child, bribery, racketeering and sex trafficking involving five victims. The acts held against him in the conviction also included his abuse of an underage Aaliyah.

Once Akon’s comments hit social media on Thursday (September 30), backlash and criticism began to pile up in his direction. He previously drew the ire of Twitter last month when he claimed rich and famous people have more struggles than poor people do while reflecting on the death of actor Michael K. Williams.

Akon isn’t the only rap icon to come under fire for his comments on R. Kelly’s conviction. Earlier this week, Chuck D became Twitter’s public enemy for raising questions about the disgraced singer without outright crucifying his character. Chuck later apologized for his tweets and clarified he believes R. Kelly’s actions were “trash.”

Find more of the reactions to Akon’s comments on R. Kelly below.

Boy what a take by Akon.

You notice how most celebs are either quiet about this or offering some moral support? I think most of them have their own history with groupies.

really lmao you don’t say . really might have been a good time to think before committing the crimes .. Durp.

@Akon is not wrong but hes not right when it comes to R.Kelly, no Justice no forgiveness. hes been messing with underage girls, teenage girls for years, How do you redeem self for shit like that, I can't understand. R.Kelly is a predator who needs to be off the streets & Therapy.

@Akon yeah I don’t think you should have a say in this R Kelly matter either… just because your charges were dropped from stealing cars.R Kelly did way worse things than you and can’t compare them. #Educate yourself before looking dumb please. #Crazy #LockHimUp #ThrowAwayTheKey