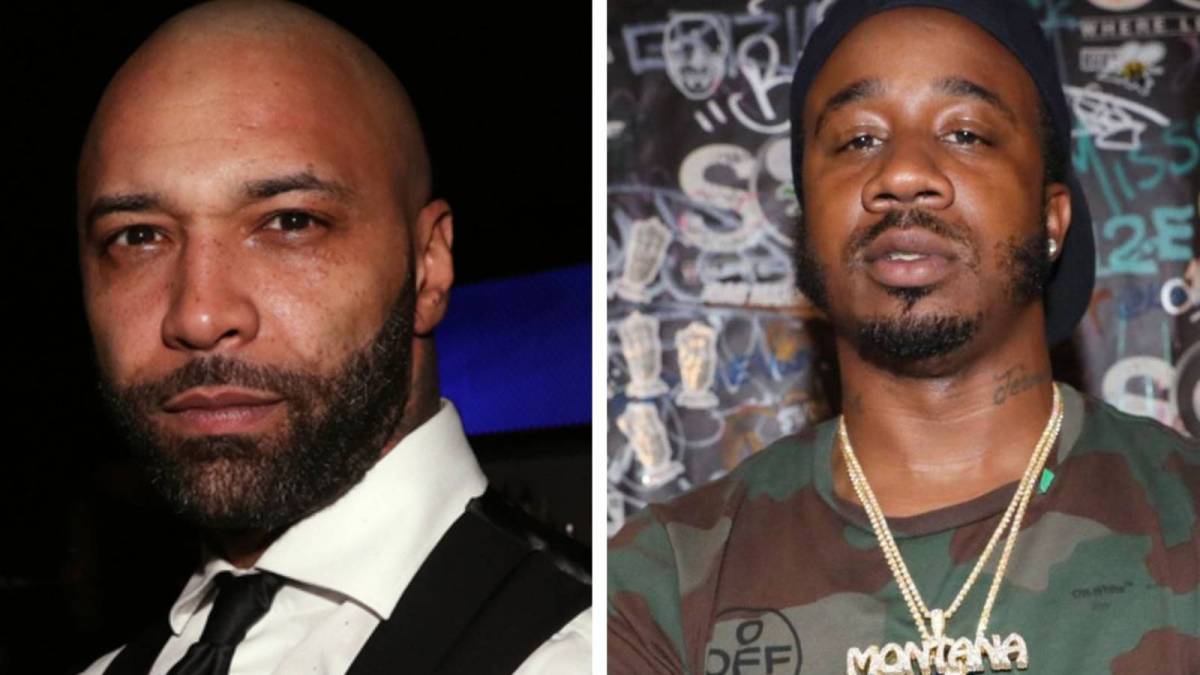 So About That Benny The Butcher + Joe Budden Collaboration ... It's Not Happening

Former Slaughterhouse rapper Joe Budden has transitioned into a fruitful podcasting career, leaving his rhyming days firmly behind him. But on Thursday (August 19), rumors he was possibly coming out of rap retirement to collaborate with Benny The Butcher started making the rounds online after Budden floated the idea on a recent episode of The Joe Budden Podcast.

Upon seeing the clip, Benny tweeted, “lol let me pick all the beats for a new @joebudden tape and drop it on @BSFRecords. would be crazy trust me.”

Budden replied with two eyeball emojis, giving the hypothetical scenario even more steam. But according to a source close to the situation, “Nothing is being discussed” and they’re simply “stoking the flames on social media.”

lol let me pick all the beats for a new @JoeBudden tape and drop it on @BSFRecords would be crazy trust me ??‍♂️ https://t.co/7F2kuXRftF

After all, Joe Budden has already been retired for years and as the source noted, “Joe could set his price to come out of retirement. There’s no way Joe signs with BSF.”

Budden officially swapped the studio mic for a podcast mic in 2017 when he joined Everyday Struggle. In a 2018 interview with Vibe, Budden talked about how difficult it was to leave music behind.

“I don’t know if I was ever comfortable with the idea,” he said at the time. “I had to condition myself to even pretend to appear comfortable. Early on, it was real tough for me to stick to my guns and say, ‘I’m retired, I’m not rapping, don’t ask me for nothing.’ But I had to do that because I love rapping and I love music, so if I don’t do that, you can’t be halfway in it and halfway out.

“If you’re in it and you love it, you’re right back in it. That took a lot, I can’t say that I was ever really comfortable doing it. I don’t know if I was ever comfortable with the way it sounded when it rolled off my tongue. People didn’t really understand my vision of where I was trying to go, and now people understand in hindsight, but that comfort comes with time.”

Budden also admitted he didn’t even write for himself anymore, explaining he did “enough” in his professional career to essentially last a lifetime.

“[That] was part of the reason I decided to retire,” he added. “You put your blood, sweat and tears into an album and you think that’s where it ends, but no – when you go on tour you’re still carrying the life of that album and the life of those songs until you put your next project out. I was writing shit down that I was feeling with all my soul and I was living it for the next year and a half to two years, it wasn’t very pleasant.

“So today, when I have those type of thoughts, no, I’m not in a rush to go write them. I kind of enjoy the fact that I don’t have to write anything. For so long, we had to write to pay a bill, we had to write in many instances where maybe you weren’t even inspired to write because it was your job. That’s how passion, creativity, and love gets killed. I kind of re-gained love in retirement, if that makes any sense.”