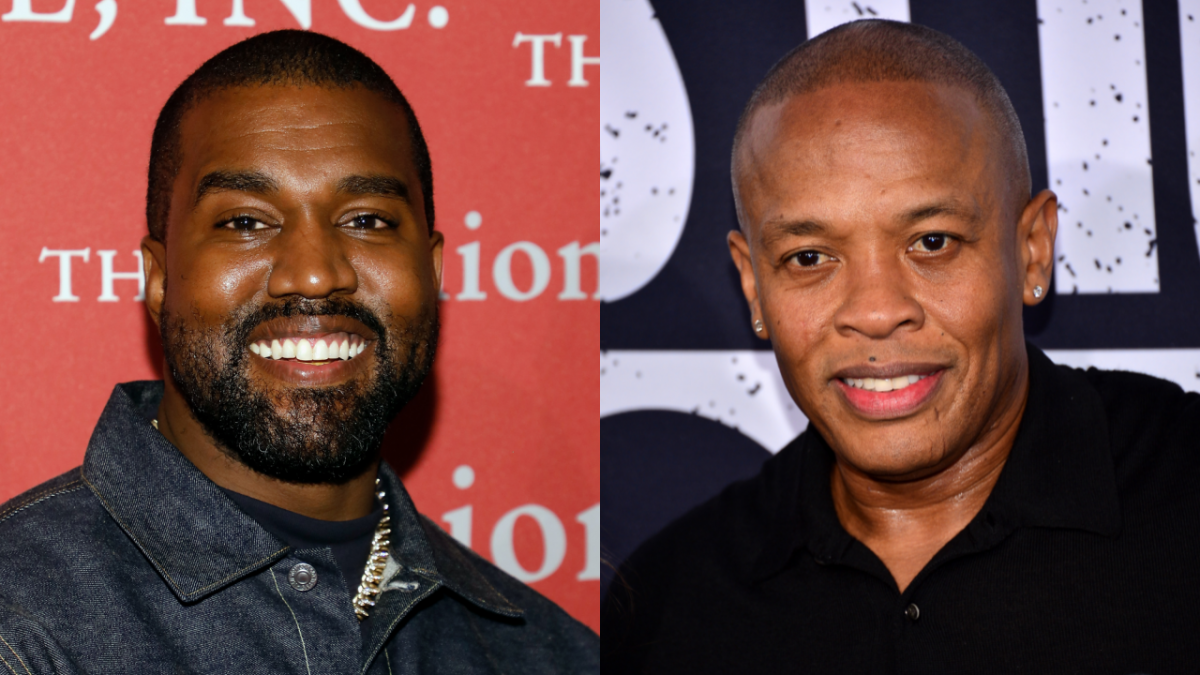 Ramping up the anticipation for his impending Donda album, Kanye West has previewed a new song featuring Dr. Dre ahead of the project’s scheduled release this Friday (August 6).

The clip contains a one-minute snippet of the collaboration between the two Hip Hop giants, which is drenched in gospel influence.

“Glory” features organs, a sample of a pastor’s speech and Kanye singing, “We gonna be okay,” before Mr. West fires off motivational rhymes. Much to DJ Toomp’s delight, the song features drums.

Meanwhile, the ad shows Richardson pulling up to a running track in a Mercedes-Benz before getting in a late-night sprint session.

Richardson, who was contentiously dropped from the United States Olympics team after testing positive for cannabis use in July, also appeared in a recent Beats By Dre commercial that included the tentative Donda track, “No Child Left Behind.”

“Glory” marks the first-ever collaboration between Kanye West and Dr. Dre, who were pictured in the studio together in November 2019. “Ye and Dre Jesus is King Part II coming soon,” Kanye wrote on Twitter.

Kanye West will take over Atlanta’s Mercedes-Benz Stadium for the second time on Thursday (August 5) to premiere his long-delayed Donda album, which is set to hit streaming services on Friday (August 6). The event will be livestreamed exclusively on Apple Music at 9:30pm ET.

In the meantime, fans can tune into Kanye’s Donda countdown livestream, which is currently being broadcast from his bedroom/studio at the Mercedes-Benz Stadium as he supposedly finishes up the album.

So far, Chance The Rapper, Lil Yachty and Verzuz MVP Jadakiss are among the famous faces who’ve popped up on the livestream.