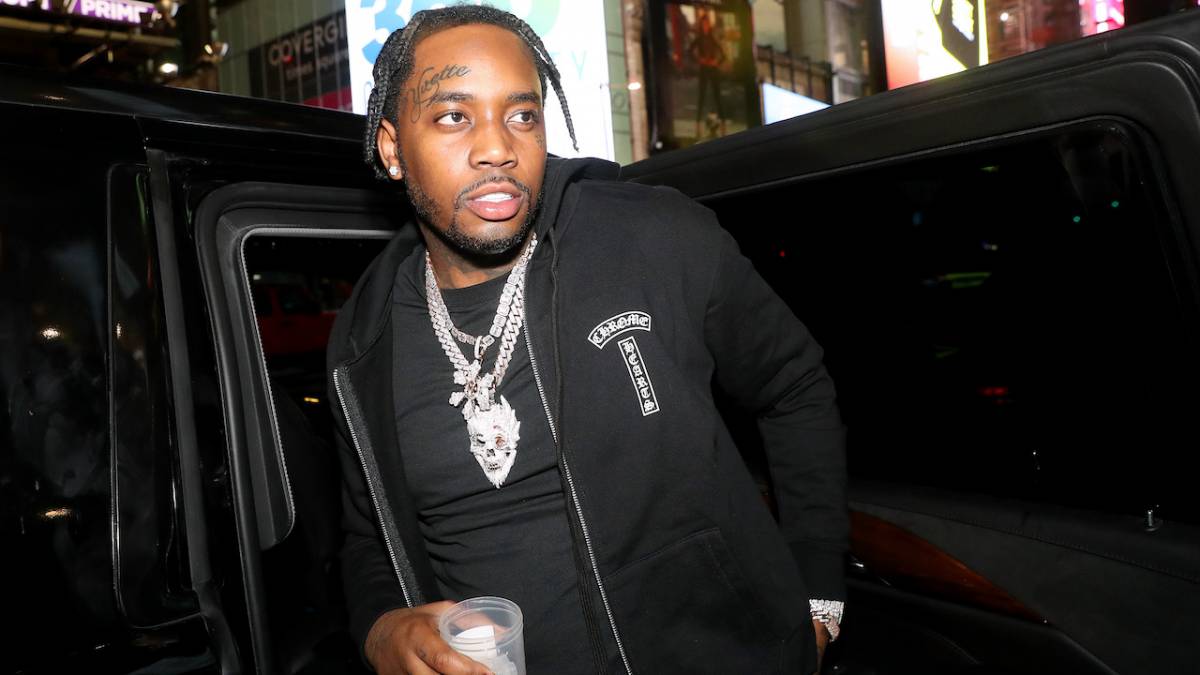 Fivio Foreign was noticeably absent from the late Pop Smoke’s posthumous debut album Shoot For The Stars Aim For The Moon. Although he appeared on two of the album’s cuts on the deluxe edition, the Brooklyn rapper made it clear at Rolling Loud Miami the love for Pop wasn’t going to be done with one deluxe version of his second posthumous effort, Faith.

“He got two deluxes,” Fivio told HipHopDX. “So he got one coming out July 30. My shit coming out, it’s gonna be viral.”

The first deluxe version of Pop’s Faith arrived on July 21 with four new songs, including “Run Down” with OnPointLikeOP and G Herbo. On Saturday (July 31), the updated version of the deluxe appeared on digital streaming platforms with six more songs including guest appearances from Pop’s brother, Obasi Jackson and the inclusion of his breakthrough single “Dior” from 2019’s Meet The Woo project. The triple-platinum single also appeared on the deluxe edition of Shoot For The Stars Aim For The Moon in 2020.

When asked who he was listening to, Fivio kept it close to the Brooklyn drill scene.

Pop Smoke Makes Billboard 200 History After ‘Faith’ Debuts At No. 1

Pop became the first artist posthumously to ever have their debut and sophomore albums debut at No. 1 on the Billboard 200 chart as Faith pulled in 88,000 total album-equivalent units earned in its first week. Revisit the latest deluxe version of the album below.