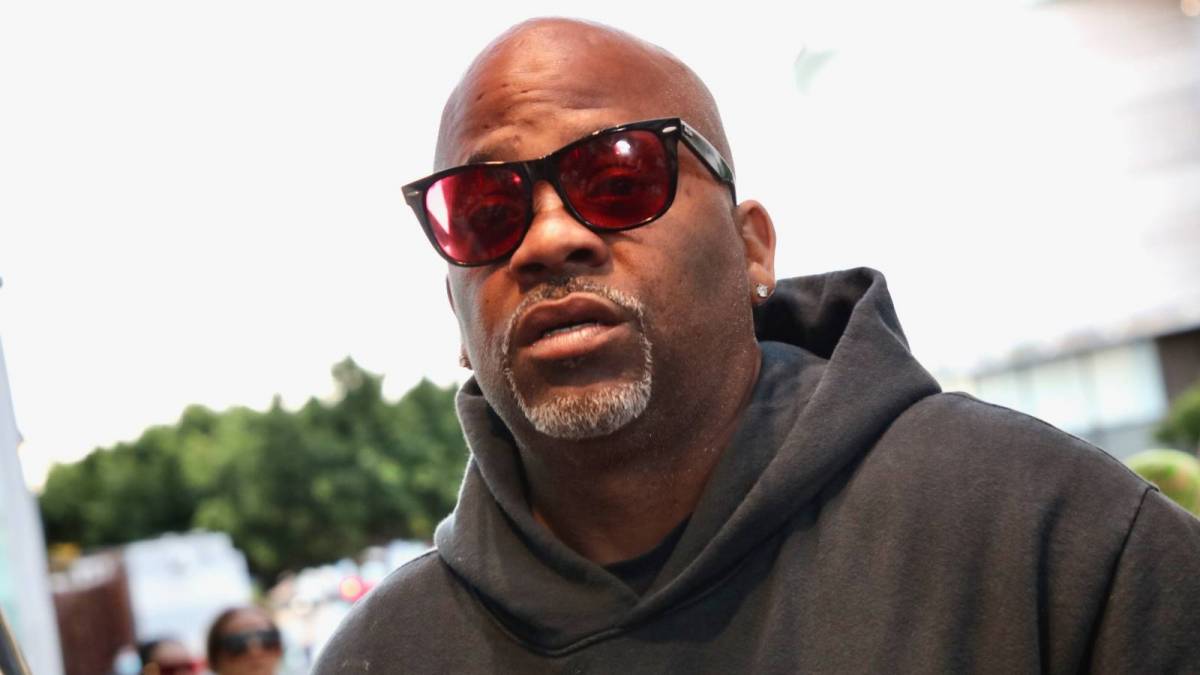 JAY-Z and Roc-A-Fella Records’ attorney Alex Spiro filed a lawsuit against co-owner Damon Dash in June, accusing the 50-year-old Hip Hop mogul of attempting to auction Hov’s 1996 debut Reasonable Doubt as an NFT without permission. But Dash refuted the story and insisted he was simply trying to sell his entire one-third stake in Roc-A-Fella.

The situation intensified this week after Dash filed a countersuit against JAY-Z and Roc-A-Fella with the New York Supreme Court, alleging JAY-Z wrongfully claiming streaming rights to Reasonable Doubt for himself.

According to The Hollywood Reporter, the suit says JAY-Z transferred streaming rights to the album to S. Carter Enterprises LLC without authorization from Roc-A-Fella. Consequently, Dash is seeking a minimum of $1 million in damages over unjust enrichment, breach of fiduciary duty, replevin and conversion.

When reached for comment, Spiro called the lawsuit “nothing more than a frivolous stunt,” but Dash and his attorney Natraj Bhushan beg to differ. During a phone interview with HipHopDX, Damon Dash expressed his frustration over the entire legal debacle.

“From my perspective, it feels like this was all done to devalue this asset,” he told DX matter-of-factly. “I just don’t understand why. What’s odd is that they knew I was only trying to sell one-third, but they’re trying to say I tried to sell the whole thing. But we all know that that’s not the case, so why do they keep saying it? The question is, why is it such a big deal? Why is everyone so scared for me to sell my one-third?”

Considering Dash’s relationships with JAY-Z and fellow co-founder Kareem “Biggs” Burke stretch back to the 1990s, one would think a simple phone call could have prevented the downward spiral of legal proceedings they’re currently experiencing, something that equally baffles Dash.

“Honestly, I think this is corny,” Dash says. “If there’s an issue, just call me. Why do I have to hear it? Why do I have to get sued? Biggs, Jay, call me and tell me what the play is but if you swing on me, I’m going to have to swing back. And when I say that, I’m saying now that I’m looking under the hood, it looks crazy, but I just do believe that I don’t need all of this. I’m trying to live my life. I’m the guy that’s always saying this is what they want us to do. They want us culturally to fight each other for them while they watch us and that’s exactly what’s happening.

“It’s just like, ‘Yo, just call me as a man and tell me what the problem is.’ But at the end of the day, I don’t see what difference it makes if I own or if I sold my third. Why do I have to be a partner? And then they’re trying to call a fake meeting to try to make new bylaws, which they can’t do.”

When asked why he thinks JAY-Z didn’t take the route of talking to him man-to-man, Dash admitted, “No idea, but it’s corny and I think it’s embarrassing. And now I’m in a fight I don’t want to be in when I’m doing other shit. All I want to do with is sell my interests and do what I got to do. Instead, I got to be called a liar, I got to have some white man [Alex Spiro] calling me a thief, somebody trying to tell me how to run my business.

“Alex Spiro literally tried to colonize my company — like come in, try to tell us what to do and tell us what he’s going to do with it. And it’s not his company. This is a Black-owned company, three Black men started this. And I am the CEO and director, always have been. I think the issue is that Jay is getting confused. He’s the boss of his Roc, whatever, but I’m the boss of Roc-A-Fella, Inc. I am the director. I am the CEO. And if you can show me something that can say otherwise, I’d like to see it. I don’t think that’s ever been disputed.” 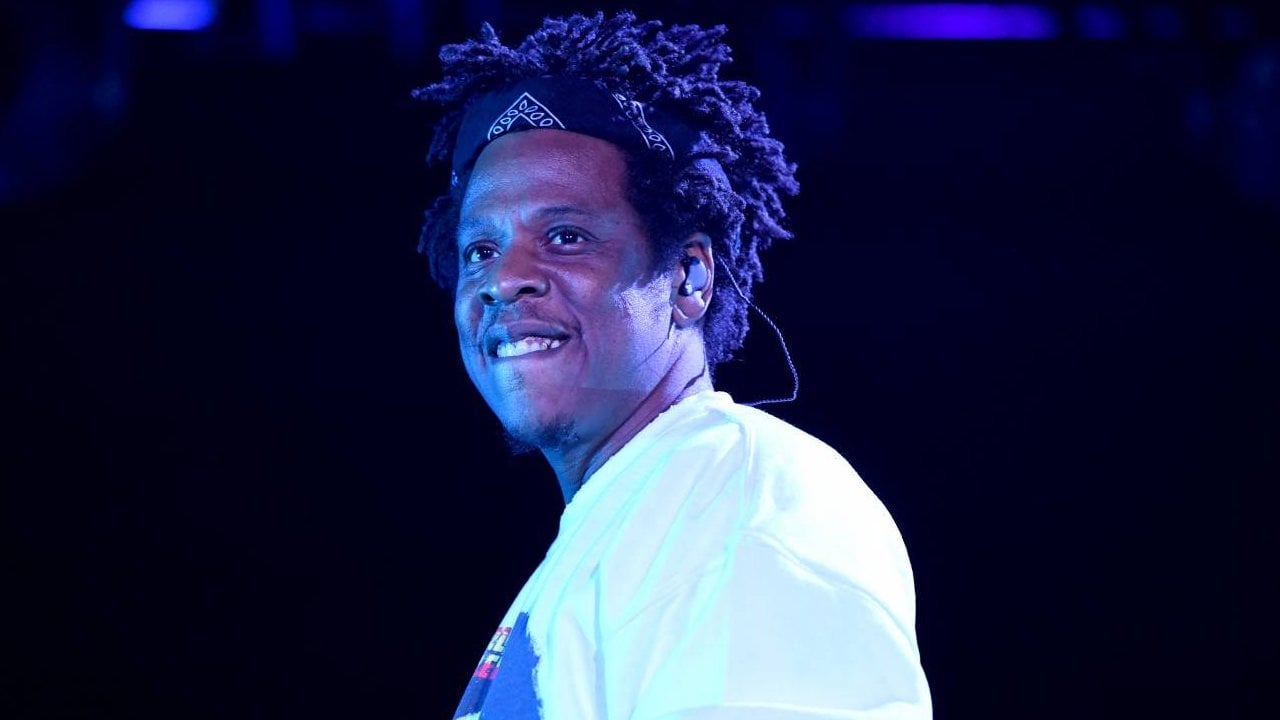 He continued, “So why all of a sudden is he acting like he’s the director trying to call meetings? And then insult to injury, just very oddly, we look at Spotify and we see that it says ‘Copyright owned by S. Carter.’ And we’re like, ‘The copyright is owned by Roc-A-Fella, Inc.’ I’m looking at the ledgers and they’re not showing anything that reflects income from any streaming service. So where does that go? I just want to know who authorized that. That’s all I want to know.”

Dash is 100 percent correct about the copyright on Reasonable Doubt. One quick look at the Spotify page and it very clearly states at the bottom, “S. Carter Enterprises LLC” where he said it should say Roc-A-Fella.

“You’re accusing me of doing something, I’m telling you I’m not doing it,” he added. “They never said, ‘No, I’m not doing that.’ They didn’t even address it. So when a Black man looks at his own company is frivolous. When someone just asked the question, ‘Yo, if the copyright’s owned by Roc-A-Fella Records, Inc., why does it say the copyright’s owned by Sean Carter? And if there’s money coming in, where’s it going?’ That’s the only question I want to know.”

Dash said he was offered $1.5 million for his stake in Roc-A-Fella, a number he felt was unacceptable. Once he started digging into the books, he realized something didn’t quite add up.

“I told everybody I know that knows him, I said, ‘Yo, just tell him to call me. Yo, Biggs, holler at me. Why don’t you want to call me, bro?’ But both of them are voting against me. How does JAY-Z and Biggs have a lawsuit against Damon Dash? How does that even sound? Corny. It sounds corny.”

While Dash would undoubtedly collect a hefty amount of change for his one-third stake in Roc-A-Fella, he said it’s about more than the money.

“I don’t want to deal with this shit,” he said. “I just want to go and have the life of being an artist, start working on love, my family. I’m doing things my way. So I’m cool, do what you want to do over there. Continue whoever you want to be. Just be there, I’m over here. I could have gone to court, but I just thought guys like us don’t do that.”

Dash’s end goal for now is peace and quiet so he can focus on other endeavors.

“Leave us alone,” he said. “Stop trying to muddy the waters with frivolous dumb shit. Leave me the fuck alone. I don’t want to be your partner anymore. Leave me alone.”

Bhushan explained to DX, the initial lawsuit is based on an NFT that was never minted. Even so, Dash received a subpoena on Thursday (July 15).

“When Damon saw this declaration, I actually asked one of the partners on this case, ‘Well, effectively, what is the point of this case now that you know that we’ve effectively not minted anything? This is what we’re selling,’ so on and so forth,” Bhushan said. “And they basically told the associate, ‘Get off the phone. We need to conduct our investigation.’ And in fact, Damon just told me they served him with a subpoena that basically says that they would like to search his studio for an NFT that doesn’t exist.”

Dash jumped in with, “It sounds like they think they’re the police and they’re not the police. They know it doesn’t exist. This is harassment.”

Bhushan also noted JAY-Z and his team was attempting to schedule an “unauthorized” meeting for Friday (July 16) to adopt new bylaws (a judge allowed the meeting to move forward, according to TMZ).

“Jay has basically appointed himself as the temporary director,” he said. “He’s called this meeting. The meeting is for a meeting of the shareholders tomorrow at 5 p.m. I’m going to file some paperwork more or less to stop it, but the idea is basically, ‘we want to adopt bylaws.’ And the bylaws are the internal governing document of Roc-A-Fella Records for 25 years, we should point out.

“Since January 1996, they’ve had no bylaws and they basically operated without issue. Ever since Jay basically asked Dame to sell his interest, and this is what we’re putting in our papers, all of a sudden now they’re interested in the corporate governance, how it operates, what moves it makes, its internal documents.”

He expounded with, “These bylaws have a provision that basically said, ‘You need consent of basically Biggs and Jay,’ which is effectively going to preclude a sale. So the sole purpose is intended to basically frustrate Damon’s efforts to sell, which kind of segues into the current lawsuit we just filed basically saying, ‘Well, you basically screwed up the marketplace.’ When he talks about change of title and selling things, we want to make sure that Roc-A-Fella Records does, in fact, own 100 percent of the Reasonable Doubt copyright.”

The plan is to bring the Spotify issue to a federal judge and move forward with the proceedings. But overall, it seems both Dash and Bhushan are confused as to why this entire thing is happening in the first place.

“The ultimate irony is the very thing they accused Damon of doing, which was completely false, is what Jay’s in fact doing,” Bhushan noted. “He parked the copyright in front of S. Carter Enterprises, which is his holding company. So you cannot explain that. You can call it a frivolous stunt if you want, but that’s a cheap way of saying, ‘I have no real explanation as to why this happened.’ Roc-A-Fella is not getting its deserved revenue. Whatever nickels you get from Spotify or TIDAL or whatever, we’re not getting it.” 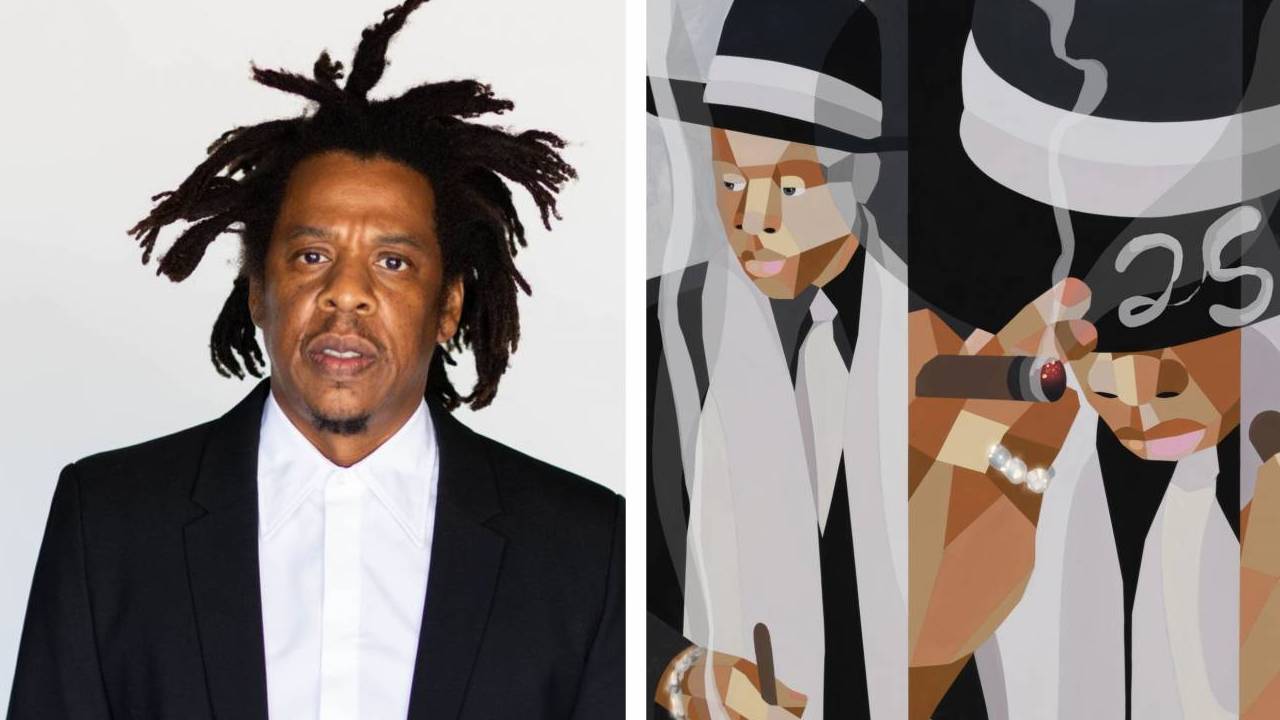 If Dash is ultimately successful at selling his one-third stake, he’ll be happy to close this chapter of his career, although he’s not really thinking about how it will affect his relationship with JAY-Z in the long run — at least not at the moment.

“I’ll always care about Roc-A-Fella,” Dash said. “What I’ll be able to do is create and help people that I love. I don’t feel like dealing with all of this cloudy shit. This isn’t the game I like to play, that’s why I got away from that in the first place. Too many question marks and nobody gives any answers. They just give their own statements. So it’s just like, ‘Yo, go do your thing. I don’t care. I don’t care what you do, just leave me the fuck alone and let me go live my life.

“All Black men should be friends, period. But if people live by different morals, it’s just hard. We just have to let them exist. But at the end of the day, nothing happened that they can’t just call me and say, ‘What’s up?’ Because I really don’t know. I just got hit with a lawsuit. I’m like, ‘Why? What the fuck is going on?'”