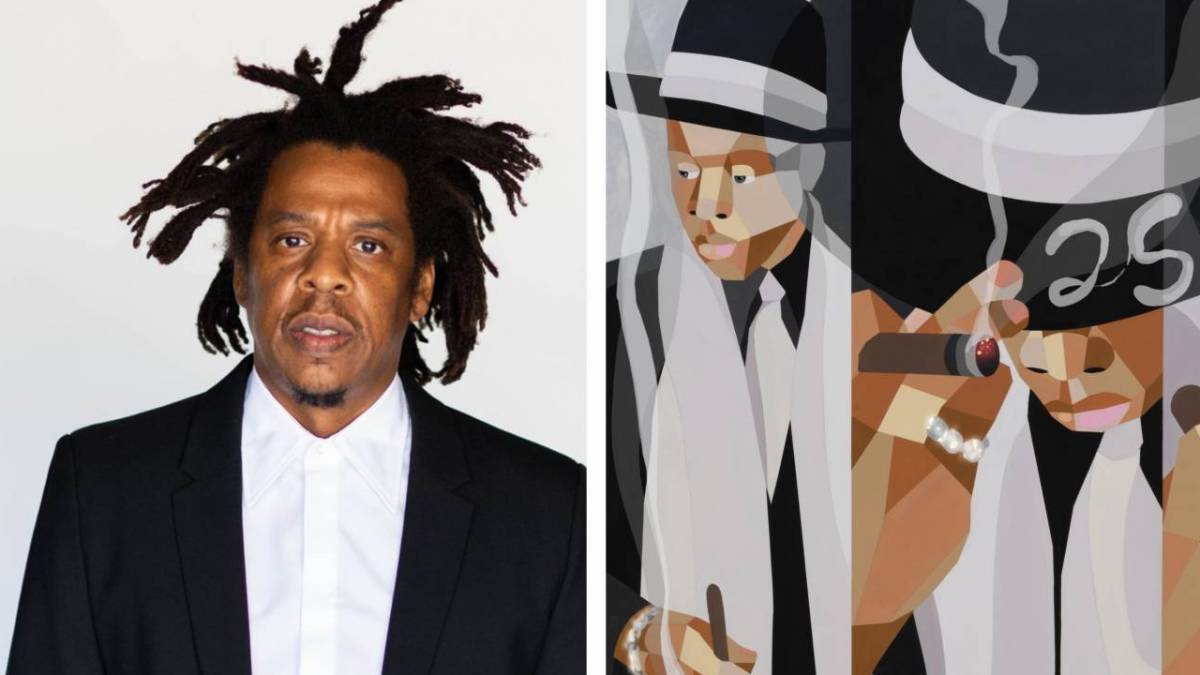 The ever-savvy businessman JAY-Z is celebrating the anniversary of his debut album while also proverbially spitting in the face of his ex-business partner.

However, it was just three days ago on Tuesday (June 22) when a New York judge ruled in favor of JAY-Z against Dame Dash’s attempt to sell his own Reasonable Doubt NFT, likely to also commemorate Friday’s 25th anniversary. While the ruling was determined to be temporary, JAY-Z’s legal team were able to convince the court of their plight despite Dash describing their tactics as “bullying.”

To hammer home his stance, the press release firmly states, “The auction is also the only official event authorized by JAY-Z to commemorate Reasonable Doubt’s historic 25th anniversary.

The digital piece illustrates JAY-Z in his infamous tuxedo garb from the 1996 Hip Hop classic insert, complete with billows of cigar smoke, shot by Jonathan Mannion at the time (more on that later).

An appreciative Derrick Adams explained how his work was able to reach the radar of the Hip Hop billionaire. Being born in Baltimore and having his talent thrive in Brooklyn allowed him to make invaluable connections with his art.

“Over the years, JAY-Z has collected and supported my work, and so this collaboration is particularly fulfilling,” Derrick Adams told Sotheby’s. “With this NFT project, we jointly embrace the opportunity to further the conversation about how artists of different mediums contribute to a more inclusive society. JAY-Z’s album Reasonable Doubt changed the game 25 years ago, and continues to influence so many of us. It tells the story of someone from Brooklyn occupying the urban space — a place that is as central to my own work as it is to his.

“My portraits aim to capture the sensibility, optimism and beauty of urban life, and in JAY-Z’s work I’ve found tremendous kinship.”

Bidding for the Reasonable Doubt NFT begins at $1,000 and the auction will run through July 2 while being hosted virtually through Sotheby’s gallery in the Voltaire Art District in Decentraland. It’s also for a good cause — with a portion of the proceeds going to The Shawn Carter Foundation and its fight to end socio-economic hardships for people nationwide.

Sporting some of Hov’s most well-respected songs such as “Dead Presidents II,” “Brooklyn’s Finest” (featuring the late Notorious B.I.G. a.k.a. Biggie) and “Ain’t No Nigga” which introduced a young, spitting Foxy Brown to the world, Reasonable Doubt wasn’t an initial critical success – nor acclaimed project upon its release. The album debuted at No. 23 on the Billboard 200 and received 4 mics from The Source magazine – with the year 2002 seeing the LP being bestowed with both a platinum certification and an upgrade to a perfect 5 mics as word of its quality got around.

On his 1998 platinum single “Hard Knock Life (Ghetto Anthem),” JAY-Z even quipped, “I gave you prophecy on my first joint, and y’all lamed out/Didn’t really appreciate it ’til the second one came out.”

Nonetheless, it was the witty metaphors, soulful samples from producers DJ Premier, Ski, DJ Clark Kent and more and layered storytelling that made Reasonable Doubt a revered album as JAY-Z’s status as a rapper and celebrity both grew.

Damon Dash’s legal inquiries haven’t been JAY-Z’s only Reasonable Doubt battle as of late. Last week, JAY-Z filed a lawsuit against trusted Hip Hop photographer Jonathan Mannion for what he calls a greedy attempt to “squeeze dollars” out of every photo he ever snapped of him.

Like Damon Dash’s case, that one remains ongoing as well.

Revisit JAY-Z’s Reasonable Doubt album below on TIDAL — which has a score of interviews, deep dives, videos, and interactive credits underneath the Tidal.com/RD25 umbrella.