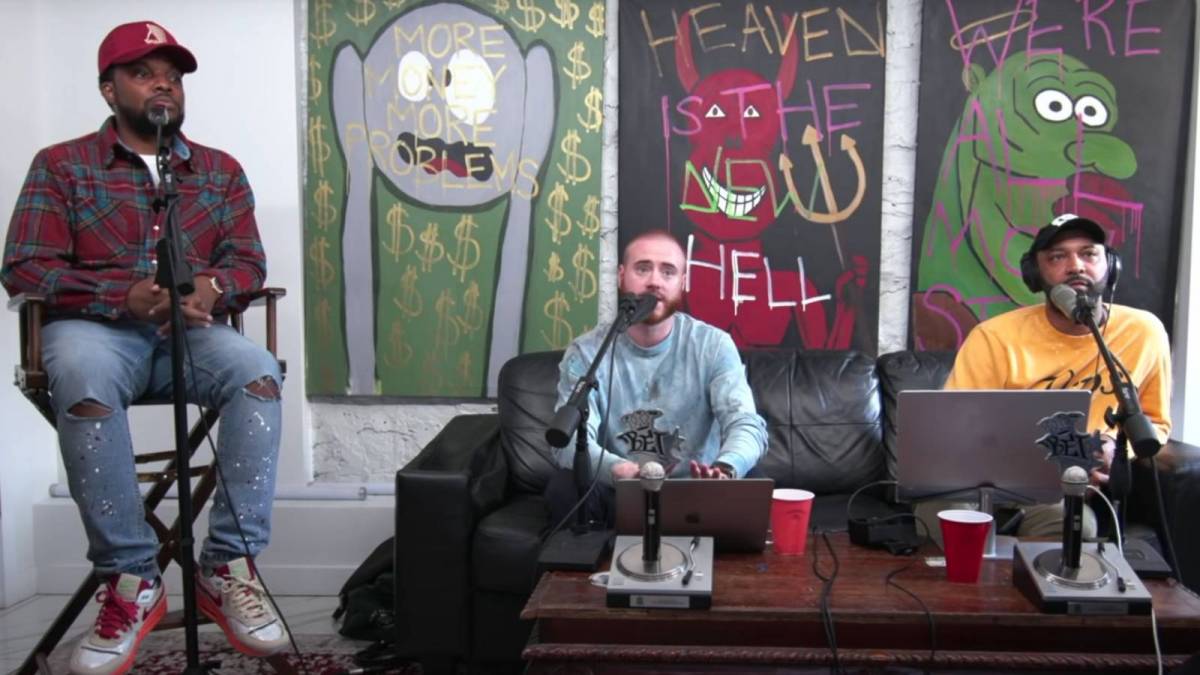 The Joe Budden Podcast was a major talking point on social media this week after Joe Budden fired co-host Rory over contract disputes during Episode 437: “You Want It To Be One Way.”

Fellow co-host Mal, who was also let go, had been noticeably silent — until now. On Thursday (May 13), Mal posted a series of posts to Twitter that primarily focused on the truth.

“The lies are always loud,” he began. “The truth is always quiet. I promise you.” When encouraged to keep the “negative energy and spirits” away, he replied, “Always. But the supporters deserve the truth. And they’re going to get that. Eid Mubarak.”

The lies are always loud. The truth is always quiet. I promise you.

Always. But the supporters deserve the truth. And they’re going to get that. Eid Mubarak ?? https://t.co/BwafCF8hXf

From there, Mal seemed to suggest Joe Budden was fighting his own people and, again, promised to deliver his version of events in the near future.

“Black people love to discredit one another,” he added. “It’s a disease that kills our community. I’ve been cool and quiet for too long. I’m allowed to get out of character for at least an hour. Maybe 40 mins. The truth is usually short and simple.”

Another fan pointed out Budden once said, “We are a team, we are family, we are building something together” when money is lean, then added, “‘It’s none of your business’ when the bags are full…I’ve been there man. Your best days are yet to come. Thank you for all the laughs over the years.”

Mal also insinuated Budden was telling lies and basically said there was nothing to resolve. But he appeared confident his career was going to smooth itself out while reiterating his commitment to explaining what went down.

“Trust me, I’m blessed,” he said. “My karma is beautiful. Everything will be addressed only for the supporters. They deserve the truth.”

When someone attempted to make light of the situation, he snapped back, “This ain’t joke time” before ending with, “I’m not with the corny shit. I’m only willing to sit down and address everything because people supported something for years. They deserve that.”

Rory has already spoken out about his untimely ousting but, like Mal, wasn’t ready to get into the details just yet.

“Mannn .. what an era,” he wrote on Wednesday (May 12). “Thank you to everyone that listened, supported, told their friends about us, bought a subscription, ticket, or merch .. any value starts & ends with y’all .. I’ll get to that messy shit soon but in the meantime I’m here to celebrate an amazing run!! Love.”

Of course Budden hasn’t held his tongue either, tweeting, “Friend or not, I’m NEVER funding someone’s sabotage of me, that will NEVER happen. I get far away from the threat…. You can think piece until your face turns blue.”

He then added the episode in question, which was allegedly taken down one hour after it was published, could be found on Patreon.