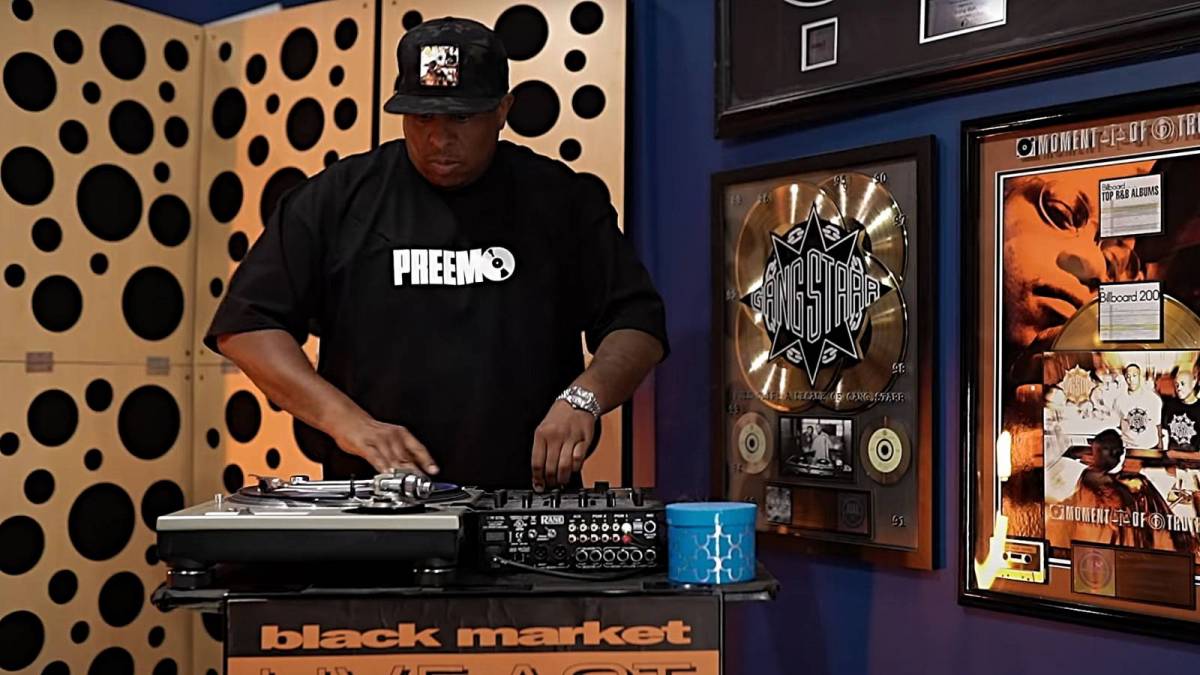 DJ Premier elated Gang Starr fans in November 2019 when he released One Of The Best Yet, the first Gang Starr album since 2003’s The Ownerz. Using unearthed vocals from the late Guru, Preemo seamlessly weaved together traditional boom bap Hip Hop with contributions from J. Cole, Royce Da 5’9, Q-Tip and more.

On the one-year anniversary of One Of The Best Yet, DJ Premier then released the album in instrumental form, which came with another new Gang Starr single called “Glowing Mic.” Now, he’s returned with a video for the “Glowing Mic (Founders Remix)” featuring Gang Starr Foundation member Big Shug.

“I didn’t originally plan on doing a video for “Glowing Mics” (Founders Remix),” DJ Premier tells HipHopDX. “I had a conversation with KC [Guru’s son Keith Casim] about the remix featuring a Big Shug verse and he suggested that he and Shug’s son [Trumayne] pay homage to their fathers with their respective roles; and he convinced me to get a video done.”

“This video was created because I loved KC’s idea for the visual and once the decision was made, I visualized Spice Adams picking up where we left off with the ‘Bad Name’ video and when I called him he was totally with it.”

In a 2019 interview with DX, DJ Premier talked about the process of making the album without Guru physically present. He explained with Guru’s urn placed in the studio, he was able to feel his spirit “every day.”

“I did a ritual where I burned sage because that’s known to ward off evil energy,” he said. “Then, I would bless his ashes with the sage and bless his picture. If you saw the picture in The New York Times article that’s in that frame, that’s the picture that sits on top of our control board. I would let the smoke billow all throughout the picture and just kind of fog up the whole glass frame.

One Of The Best Yet included the singles “Family and Loyalty” featuring J. Cole and “Bad Name.” Revisit the project below.