“This n-gga been low since he got caught cheating,” he wrote in an Instagram post of his own. “Now he wanna resurface with this post. I know/knew X personally. He don’t fuck wit ya kind homie. Don’t try and use the sympathy card n-gga. FOH go figure out how to lie, trick more woman and shit on n-ggas on ya own n-gga.”

While Cam’ron’s post got support from T.I. (who has faced cheating allegations of his own), Royce Da 5’9, Planet Asia, Slim Thug and more, Jaxn was undeterred and fired back, “Big homie you actin’ like I cheated on you. This ain’t the type of event to use to voice your hurt feelings about me. Respect this brother’s legacy and his family more than you’re doing right now.”

The drama kicked off on April 1 when Cam’ron penned a lengthy Instagram post slamming Derrick Jaxn not long after the self-described “love guru” admitted to cheating on his wife.

“See social media allows you to be whoever you want and y’all be going for it,” Cam’ron said in part. “Now he’s hiding. See if you was cool wit some of the homies they woulda helped ya dumb ass out and told you what to do after you got caught. Instead you held ya girl hostage and made her do that dumb ass video, then when people told you it was dumb you erased it.” 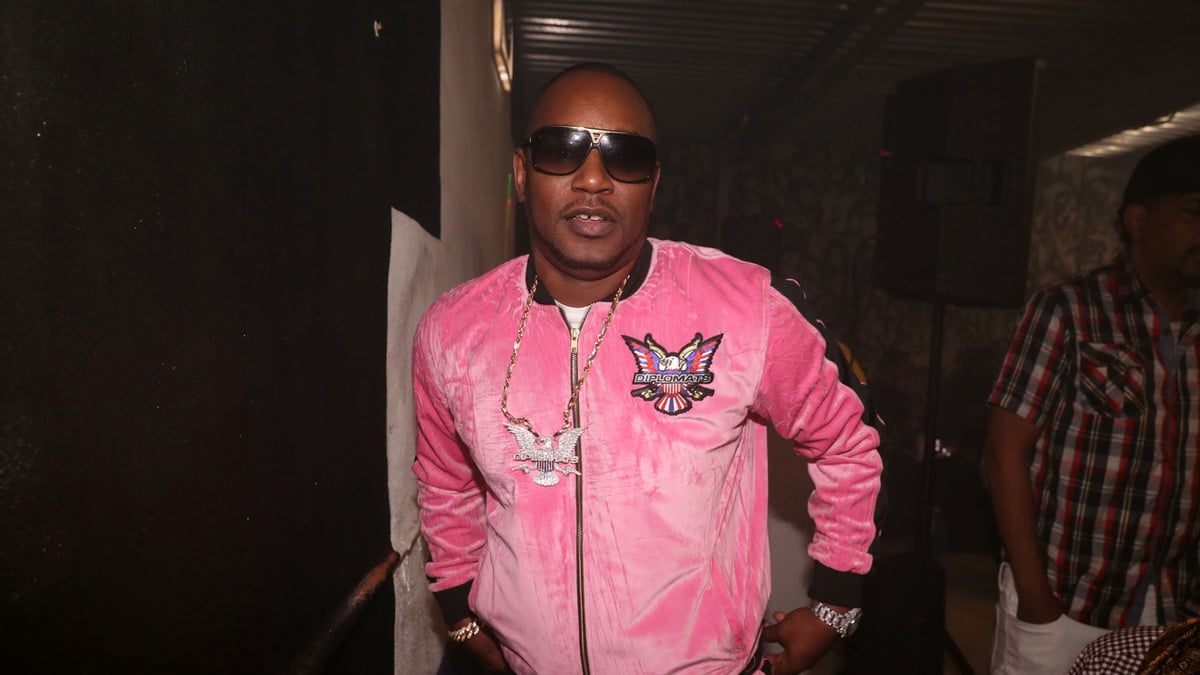 But it seems Jaxn’s wife over of three years, Da’Naia Jackson, already knew she was in a bad situation. According to The Sun, she filed for divorce from the alleged “relationship expert” on August 28, 2020. She claimed they’d been separated for at least six months at the time of the filing and believes she’s entitled to a divorce on the grounds the marriage is “irretrievably broken” with “no prospects for a reconciliation.” She’s seeking full custody of their two young children.