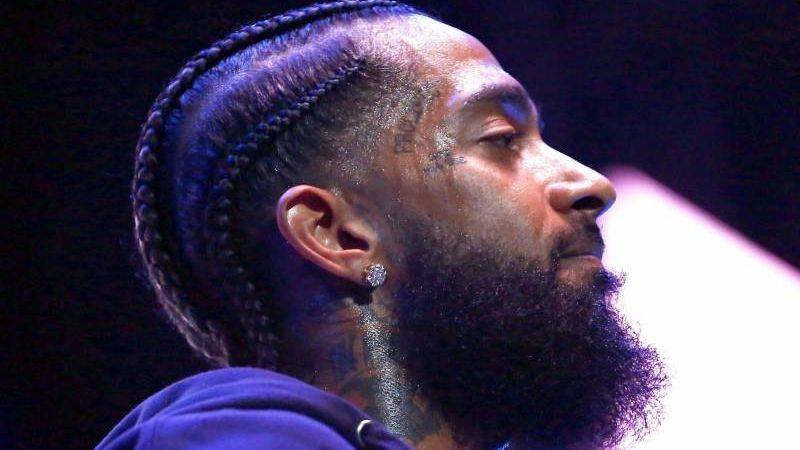 Ser Baffo/Getty Images for BE

The first time veteran journalist Rob Kenner physically crossed paths with Nipsey Hussle was during his 17-year tenure with Vibe magazine. After months of sending his CDs and headshots to the publication, the future rap legend was finally invited to the New York City offices on Wall Street where Kenner was struck by Nipsey’s innate charm and charisma.

Nipsey did get a one-page spread in Vibe prior to the print magazine’s dissolution and over the next 10 years, Kenner got to understand Nip, his music and what shaped his undeniable business acumen while watching his notoriety begin to soar. Along the way, Kenner realized he’d been “slept-on” for the past decade and felt writing a book about his life was the right course of action.

But then March 31, 2019 happened and brought a devastating end to Nipsey Hussle’s life, shortchanging the potential for a truly long-lasting, revolutionary career. As the saying goes, “the show must go on,” so Kenner kept his pen to paper (or fingers to the keyboard) and continued hammering out what would become The Marathon Don’t Stop: The Life & Times of Nipsey Hussle.

“I feel like the world needs his message more than ever,” Kenner tells HipHopDX. “Most people in rap media, they had a really limited view of who Nipsey really was. They had a simplistic view of he was a ‘gangsta rapper’ from the hood. He’s really in the streets. He’s real or whatever. These little details were known to some people, but the grand vision of what Nipsey Hussle was pursuing, I don’t think has been properly communicated.

“There were very few magazine profiles written about him during his career and this whole outpouring of love and grief after his passing, but nobody has really told the story properly. So I felt like it really needed to be done. I’m humbly proud that so many of his inner circle were willing to speak with me about him and share their stories.”

The Marathon Don’t Stop is expected to arrive on Tuesday (March 23) and will take a deep dive into how Nipsey evolved from Crenshaw kid and Rollin 60s Crip to respected community South Los Angeles leader/entrepreneur and Grammy Award-winning rapper. As the first in-depth biography of the late Hip Hop lumineer, the book has the opportunity to shine a light on what made Nip so magnetic to the point droves of people are still mourning his death almost two years later.

As Kenner explains, “He was completely self-made and built a movement that will go on, I think, forever. Nipsey is one that is really singular in Hip Hop. I don’t think there’s been anyone who accomplished exactly what Nipsey Hussle did in Hip Hop. It was his honesty. He was 100 percent real on every communication and every aspect of his life — from his personal relationships to the way he conducted business. He was just 100 percent bullshit free and completely committed to standing on his words.”

Even with the system stacked against someone who looked like Nipsey Hussle, grew up in a rough neighborhood and had a challenging set of obstacles in his way, he persevered.

“There’s a lot of rags-to-riches stories in Hip Hop, right,” he continues. “JAY-Z is a billionaire. That’s amazing. We know how far he came, but he didn’t build Roc Nation in the Marcy Housing Projects. And I think that is the difference that people need to understand. Nipsey Hussle invested every penny of his riches right back into the community that he grew up hustling in.

“The same parking lot where he was selling his mixtapes, writing the title in magic marker, he elevated to the point where they rented a store in that plaza, they got kicked out, raided by the cops — even though they weren’t doing anything wrong — re-opened and got to the point their landlord was trying to evict them, he bought the whole goddamn plaza in a city that’s very hard for Black people to own businesses.” 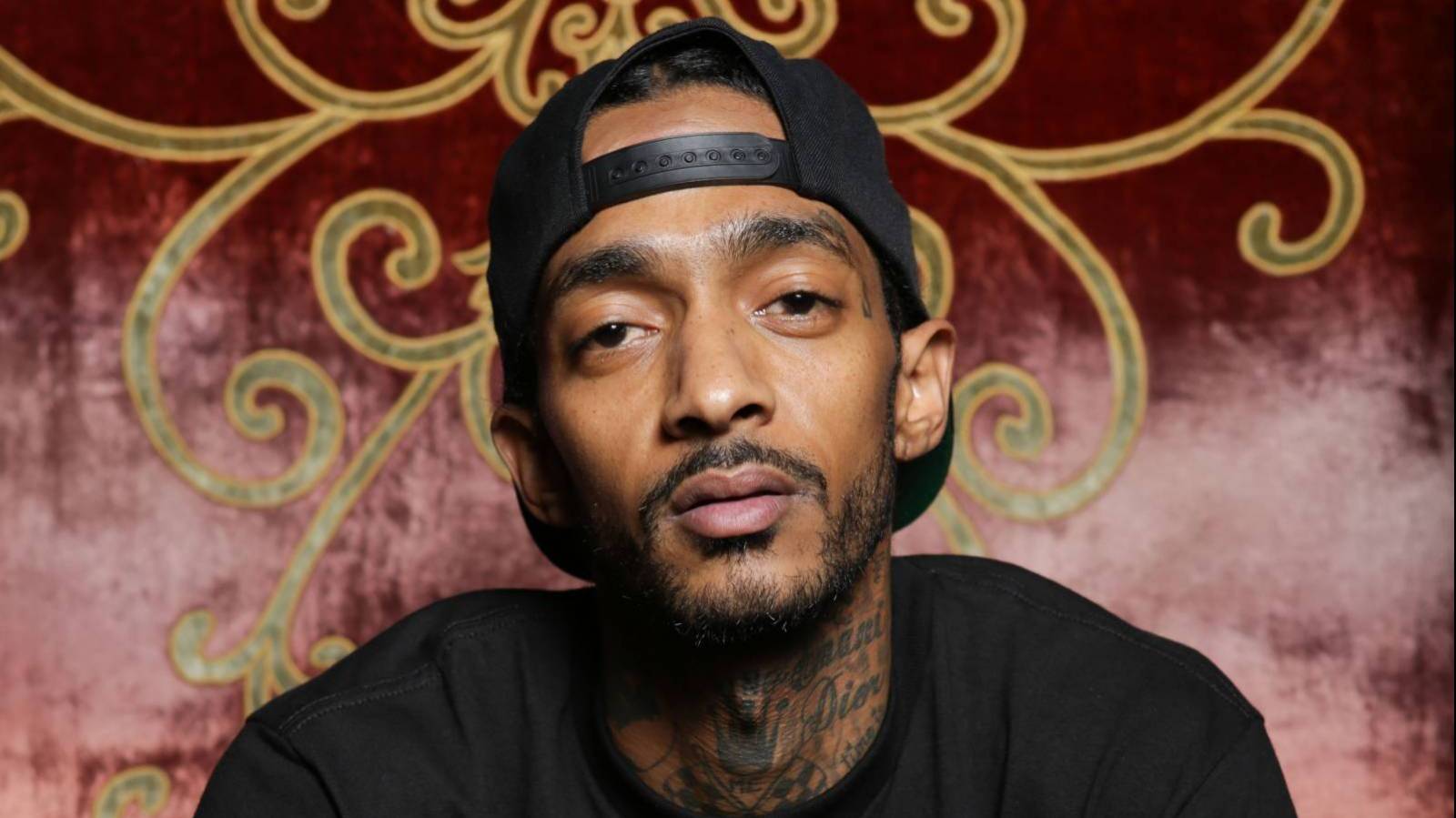 Nipsey, who was well known in the community for his association with the Rollin 60s Crips, wanted to unify rivals as demonstrated on his song with Bloods affiliate YG “Last Time That I Checc’ed” from 2018’s platinum-selling album Victory Lap.

“The gang conversation, if you read this book, you’re gonna find out things I learned both from listening to Nip’s music but then also in very focused research trying to understand how was somebody who was so brilliant, had such a brilliant music mind and who was a brilliant student who could build his own computer and make music on that computer, how did he end up in a street gang? I wanted to understand that. I began to go into the history of these neighborhood groups we refer to as gangs.

“Everybody knows who the Proud Boys are now — those are gangs. There was a gang like that called the Spook Hunters in L.A. and they had a caricature of a Black person being lynched on their jackets and they would harass Black families, so neighborhoods came together and formed community protection organizations with names like the Slausons, the inspiration for Nipsey’s Slauson Boys [which he had tattooed on his back]. The Slausons were one of the original Black gangs.”

He adds, “I try to avoid the word ‘gang’ because it’s become a loaded term. But we don’t hear about the Proud Boys or the Spook Hunters, we only hear about the Crips and the Bloods, and there’s a whole story that gets left out. Nipsey was trying to bring groups like the Crips and the Bloods back to their original purpose, which was empowerment and upliftment. Part of that was stopping the tension between rival sets.”

Following Nipsey’s senseless murder, he drew countless comparisons to the late Tupac Shakur. In April 2019, former Death Row Records CEO Suge Knight said from RJ Donovan Correctional Facility, “I feel that Nipsey was trying to follow the same Tupac manual to the community. He came together with YG like Snoop did with Tupac.”

But that was really nothing new — Nip had said the same thing about himself prior to his death, something Kenner asked him about right as he was rolling out Victory Lap.

“He called himself the ‘2Pac of my generation’ in a record dedication and when I asked him about that, I said, ‘That’s not a small thing you’re saying. What do you mean by that?” Kenner recalls. “He said, ‘I know it’s not a small thing, but I believe 2Pac was a Trojan Horse — he had a lot more in him than what he presented on the outside, a lot more going on in his mind than Thug Life.’ People may not know the acronym of T.H.U.G. L.I.F.E., but it stands for ‘The Hate You Give Little Infants Fucks Everybody.’ 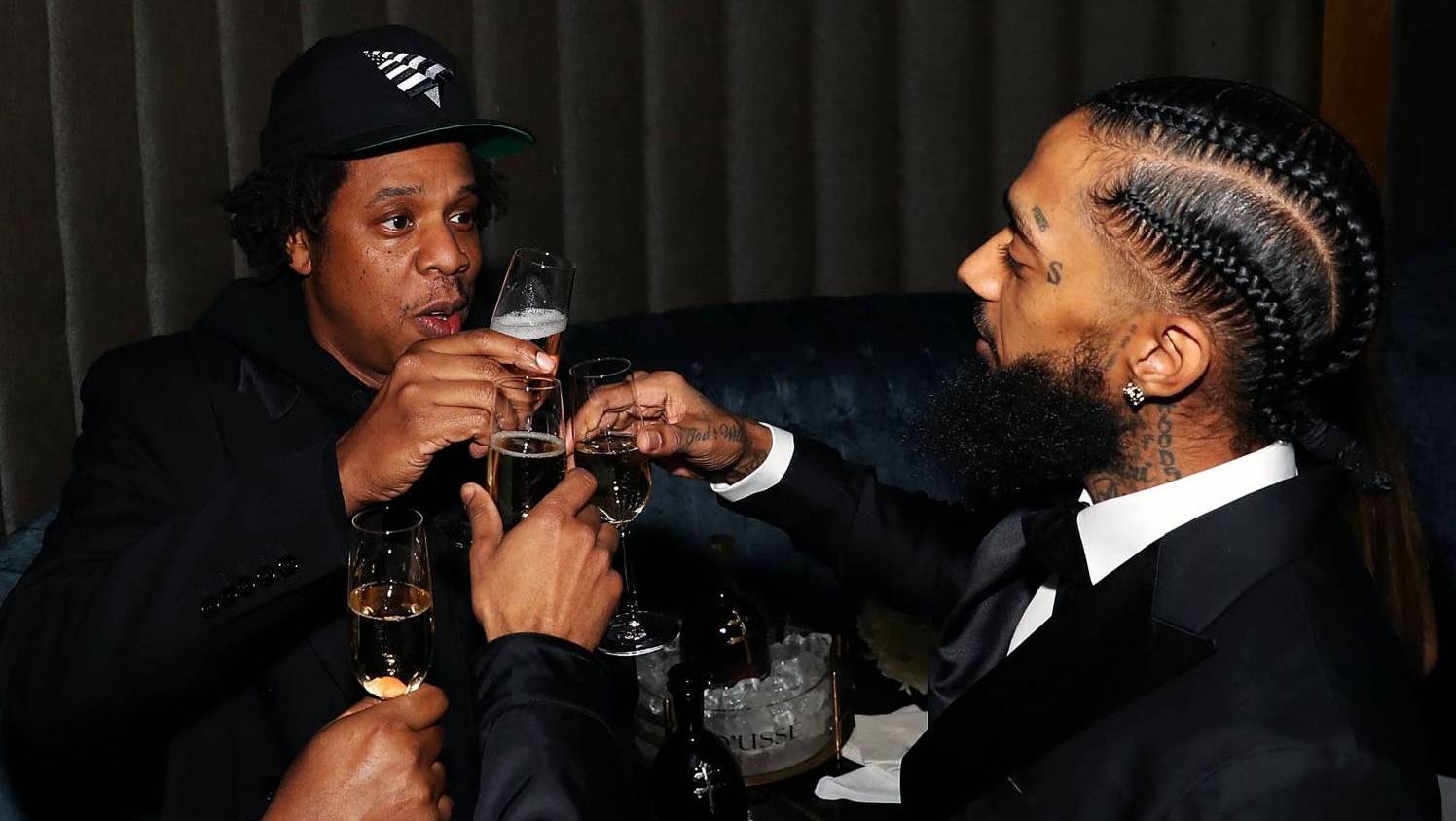 “Nipsey said, ‘In street culture, there is a perception intelligence is equated with weakness. In order to appear cool, we kind of downplay our intelligence sometimes.’ He also said, ‘What you want to do is make sure you try to engage all the people you want involved in the change that you’re trying to bring about, so you have to not alienate anybody by being too booksmart.’ He felt he could identify with that feeling that 2Pac had and that was part of what he meant by ‘2Pac of my generation.’ It certainly wasn’t because he thought his life would be cut short.”

In the wake of Nipsey Hussle’s death, his family, friends and fans are committed to keeping his legacy alive — simply put, the Marathon Continues.

The Marathon Don’t Stop doesn’t dedicate too much time to Nip’s death, rather Kenner chose to focus on the life he led told through those who knew him best. Pre-orders are currently available here starting at $27.00 for a hardcover.