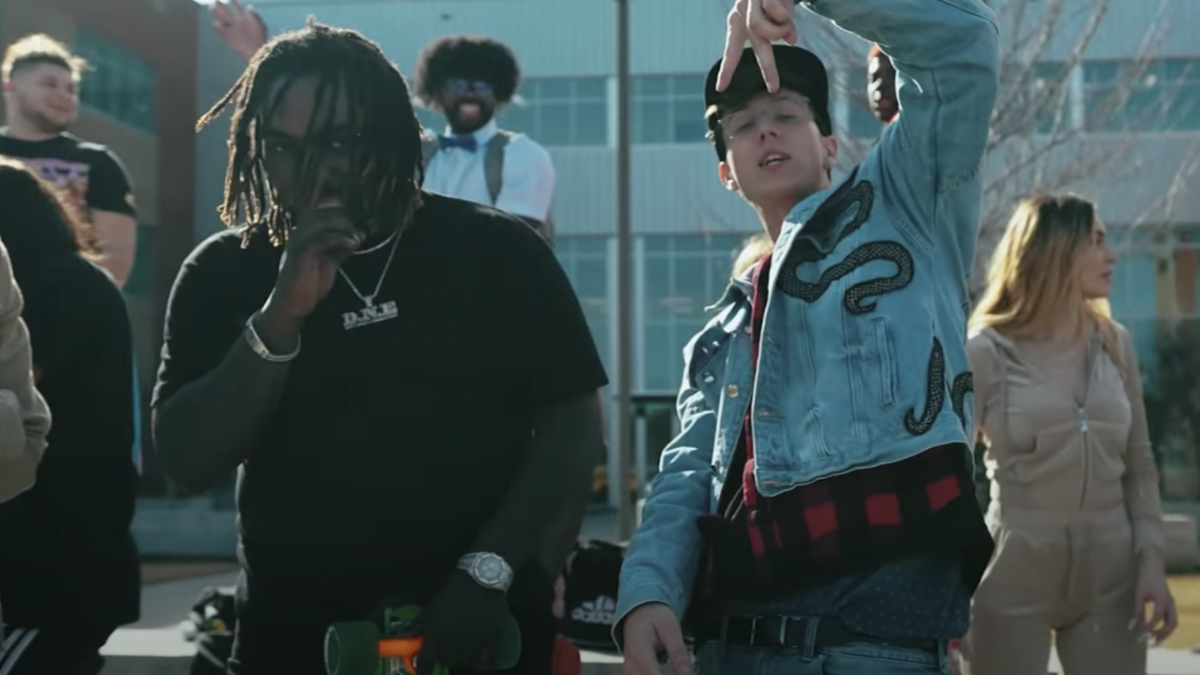 FUQUAY-VARINA, N.C. – Emerging North Carolina rapper Jonah Raine had dreams of going back to the high school from where he graduated and filming a music video to one of his tracks on his own terms. After gaining clearance from the school board and paying an $800 clearance fee, that idea came to fruition in February, but now he’s feeling the blowback from unhappy parents.

Raine, who graduated from Fuquay-Varina High School in 2016, unleashed his “Rundown” video with a feature from King Beli. The simple clip drew the ire of parents and became labeled “controversial” thanks to the use of a fake bag of weed, skateboarding through the school, hinting at an inappropriate teacher-student relationship and some profanity.

“I was able to rent it through the [Wake County] Board of Education so it took like two months for the whole process to happen,” Raine explained to WRAL.

He continued, “I told them there would be no illegal items. There would be no sexual activity, and they were mad because we had a loophole in that. We inferred to having a relationship with a teacher and me, all I did was shut the door and wink.”

One parent called the video “inappropriate” in a comment to WRAL, while a freshman student of the school noted Raine added a “little extra spice.”

The school district released a statement claiming Raine violated the contract’s guidelines and won’t be filming anything at the school anytime soon.

“The producers of this video rented the use of the campus after misrepresenting their intentions,” the district said. “They did not follow the guidelines agreed upon in the contract, and as such, will not be permitted to rent any WCPSS facility in the future.”

Raine isn’t sweating the criticism, citing a good lawyer at his disposal and plans to continue pursuing his rap career.

“I don’t see the problem with [filming at the school],” he said. “Look at 16-year-old kids today, they are doing worse stuff than I’m doing. I’ve got a pretty good lawyer. As far as how I treated the property … [there was] no damage to property, whatsoever. I cleaned up the classroom after I left.”