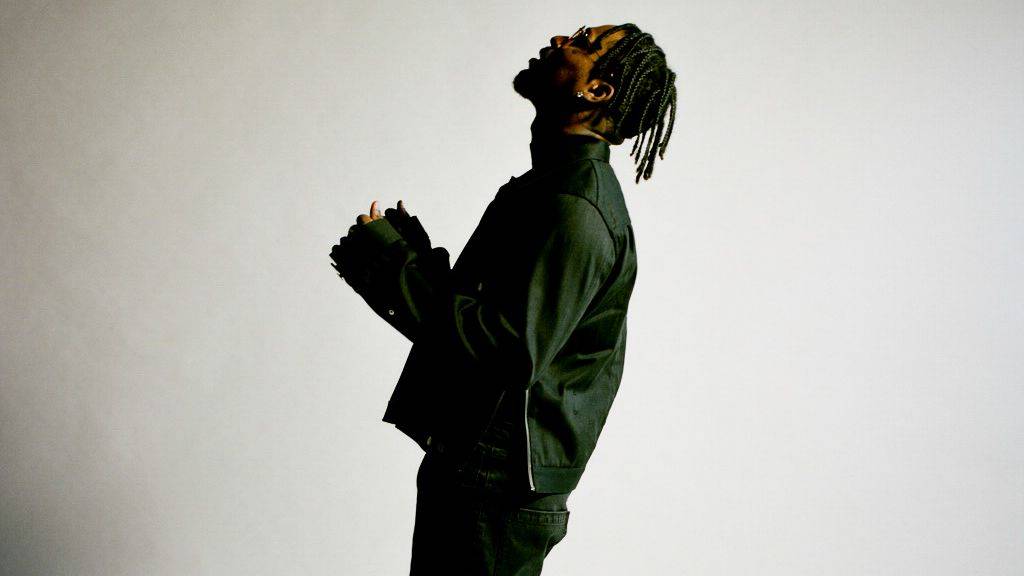 It’s a great feeling being a new rapper and having your childhood idols tip their hat to you, thanks to the new song or album you just dropped. BRS Kash recently experienced that feeling when two of his favorite rappers growing up shouted him out in significant ways.

Kash’s “Throat Baby” became an unexpected hit last year, blowing up on streaming platforms and becoming the source of several TikTok dance challenges. The record peaked at No. 24 on the Billboard Hot 100 chart, and with chart success like that, it’s not just the average Hip Hop fan who is paying attention.

Kash was one of the biggest Bow Wow fans back in the day, often dressing and acting like the Columbus OH native. Bow Wow heard the record and wasted no time reaching out to Kash’s team to congratulate the young star. When Kash got word of the big news, he could barely contain his excitement.

“I was at a show, and my partner ended up calling me saying ‘Yo, I’ve got somebody that wants to holler at you, Bow Wow’s right here,'” Kash recalls of the special moment. “So as I was starting to get ready to go on and perform, they FaceTime me, and it’s really him. Bow Wow was like, ‘Man, I wish I’d made that song, but I salute you.’ It was an inspiring moment.”

Kash continued to tell HipHopDX, “Like I said, growing up, I wanted to wear the braids, I wore the FUBU Jersey. I wanted to be like Bow Wow so much growing up. So for now, for him to be listening to my music, it’s like I said, all the time it took, you know what I’m saying, it’s worth it. He’s definitely an inspiration to me and a legend for us.”

The other rapper that showed love to Kash did it in a way that new artists these days would love to say happened to them. For his latest mixtape, No Ceilings 3, Lil Wayne turned back the clock when he rapped over the hottest Hip Hop songs out at the moment. Kash’s “Throat Baby” happened to be one of those songs.

For southern artists like Kash, having Lil Wayne drop a freestyle to a song of theirs is a crowning achievement. Wayne hopping on other rappers’ songs and often making a better record than the original played a role in the New Orleans native achieving legend status. Even though Wayne isn’t as active as he once was in the freestyle department, having Weezy F. Baby melt the mic to one of your songs still has a unique feel to it.

“You know, growing up with No Ceilings and Dedication, when we really had physical mixtapes, you know what I’m saying, was something else,” Kash said. “We were bumping Wayne, and so for him to do that, I was totally excited. I forgot where I was, but I think I had just landed in Texas or something like that, and then I heard about it. I dropped everything, and I was like, ‘Man, this is crazy.’ I haven’t come across him yet, but I figure it’ll happen sooner or later. Looking at his journey from 1999 to now, [Lil Wayne] is an inspiration.”

BRS Kash aims to be like his childhood idols once he becomes a veteran in the game. “Throat Baby” continues to get streams, especially after DaBaby and City Girls hopped on the official remix, and all that tells Kash is that he’s reaching his listeners.

Bow Wow’s influence on the current generation of rappers goes unsung, and Wayne’s impact changed the game to what it is today. In 10 years, the 26-year-old Kash wants to hold that same weight when it’s all said and done.

“I’m doing something right as an artist,” Kash told HipHopDX. “It’s telling me that I’m touching people day by day, and it’s something that I always wanted to do. It shows that I’m having some type of influence on people, and I love it. I just want to spread my wings in the music industry.”