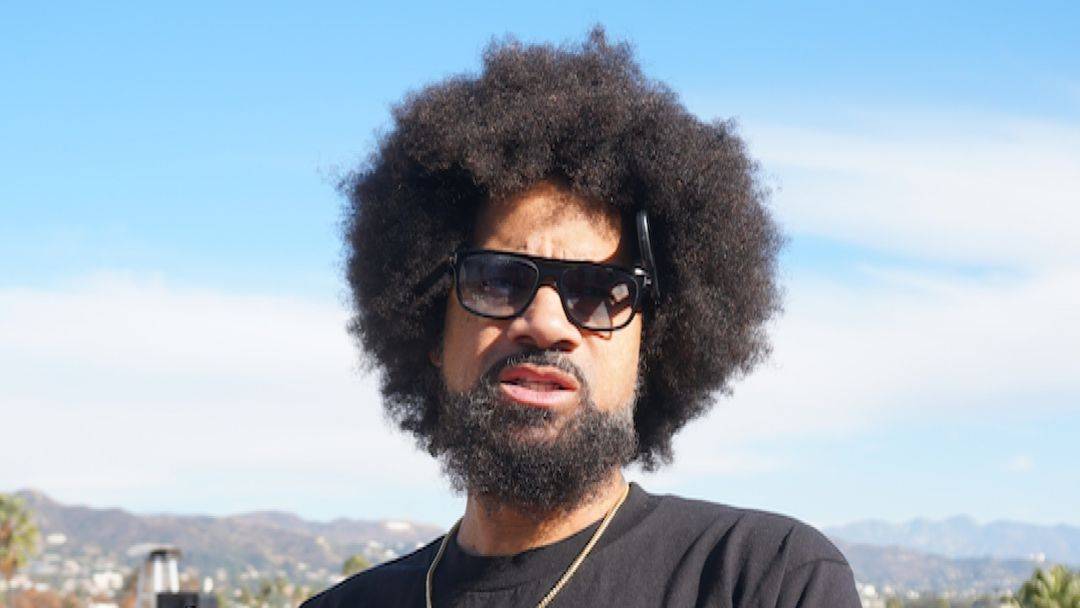 Dwayne Abernathy, Jr. — better known as producer and Aftermath Entertainment affiliate Dem Jointz — has established a lucrative career building beats for everyone from Kendrick Lamar and Kanye West to Eminem and Dr. Dre. But before he was rubbing shoulders with Hip Hop’s elite, he was simply another Compton kid trying to escape the grim reality of the poverty, drugs and gangs that engulfed his neighborhood — and he did that with music.

Born in 1976, Abernathy recognized Hip Hop as an undeniable, magnetic force by the time he reached his teens. As the gangsta rap era descended on Los Angeles in the 1990s through artists such as N.W.A, Ice-T, Compton’s Most Wanted and DJ Quik, the now 44-year-old made the decision to shy away from the violent, gang ridden lifestyle that surrounded him and pursue music instead.

“Growing up in Compton, I was definitely always reminded about my surroundings and just figuring out, ‘Yo, this is what it is,'” Abernathy tells HipHopDX. “What I always wanted to do is figure a way out and then try to figure out how I can come back and be a blessing to other people who came up just like me.”

But growing up with a father who was a preacher, it wasn’t going to be easy. Abernathy vividly remembers having to carefully sneak N.W.A tapes into his house because he knew there was no way his dad was going to let songs such as “Fuck Tha Police” fly in his house.

“I was raised in the church,” he explains. “Mom, she was in the choir, so I used to play drums for the church. I’m a preacher’s kid. I probably should have said that first [laughs]. I’d sneak into the homie’s house because he was the one with the boombox and playing all the shit, and his moms ain’t tripping that he’s playing the shit in the house. I have no idea how he got ahold of any of these tapes of these records, but he had them shits and I couldn’t believe what the fuck was up, man.

“He had the Ice-T’s Power album. He had N.W.A and the first Eazy-E when he had the Jordan 3s on. I was just like, ‘What the fuck is this?’ This is the type of person I was. I was a fucked up little kid [laughs]. Check this out. So I’m stealing tapes from the recording ministry at the church, right? Then I can take these tapes and record over the sermons with music I can listen to, but if my parents saw these tapes laying around, they look like sermon tapes. But they didn’t know Dr. Dre was on those tapes.”

When asked if he eventually got caught, Abernathy chuckles and says, “See, I was bumping it one day while I was ironing some clothes. That was a trait. Where I was from, that’s something that you can definitely be good at, so I was ironing some clothes, not paying attention to how loud I was playing this shit. I didn’t know my pops came into the house. It was pretty loud, otherwise I would’ve noticed him coming through the door and turned that shit off immediately. But nah, he opened up the door. And it’s crazy because when he opened up the door this specific song, I think it was ‘Deez Nuts’ on Dr. Dre’s The Chronic.

“But at the end of that song, it’s a whole minute of instrumental. So he came in and that played, right? I was thinking, ‘Yo, that’s crazy how he came in just on that part. I’m lucky as shit.’ And he comes back like, ‘You know what? Rewind that tape.’ Busted. It was all over.”

Abernathy was grounded for two weeks and his father snatched up his explicit, unwelcome tape, unwound it and threw it in the trash, but Abernathy had a plan for that, too.

“I fixed that shit too,” he remembers. “I waited until he was gone, dug in the trash and I fixed the damn tape. I wasn’t going out like that.”

These days, the incident is something he and his father can laugh about. After all, Abernathy is now a Grammy Award-winning producer and has made a comfortable living off of that music once deemed offensive in the Abernathy household.

“We went to dinner before the whole pandemic thing happened and I was just like, ‘Man, you remember that day?'” he says. “And man, it’s just something we can just look back and laugh at. Who would’ve thought music that I was forbidden to listen to influenced my whole life and move and career? It’s crazy.”

Abernathy produced four songs on Dre’s 2015 album Compton: “Genocide” with K. Dot, “Medicine Man” featuring Eminem, Candice Pillay and Anderson .Paak, “Deep Water” with Kendrick and Justus and “Satisfiction.” He admits working with one of his musical heroes is often difficult to wrap his head around.

“To this day it’s still unreal,” he says. “What I had to do — and maybe it’s probably why it’s still unreal — is I kind of had to get over the fact that he was Dr. Dre and concentrate on the fact or the reason why I was there. Learning later that at the end of the day, man, he’s so down to earth, he’s so approachable and cool. The last thing he wants is for people to be super starstruck to the point they can’t even operate in terms of why they even there because they’re nervous and all that shit. He doesn’t even like that. Like, ‘Yo, we here to work, man. Kind of get over it.’

“And I got that vibe without anyone telling me that I was just like, ‘Yo, I’m here for a reason. I need to concentrate on that.’ That’s a lot of what I try to situate with myself when I’m working with a lot of people that I’ve been fans of. I be like, ‘OK, I got to get that shit out of my system.'”

Check out Part II of the Dem Jointz interview next week where he’ll discuss his work on the FX series Hip Hop Uncovered, Eminem’s Music To Be Murdered By: Side B and more.