Dr. Dre Described As 'A Notorious Woman Beater' As $1B Divorce Looms

Dr. Dre and his estranged wife Nicole Young have been in the middle of a contentious divorce since she filed last June. As the proceedings grew increasingly messier, the lauded producer found himself in the Intensive Care Unit (ICU) at Cedars-Sinai Medical Center earlier this month after suffering a reported brain aneurysm.

With Dre back home and in the studio, he’s seemingly on the mend, but his reputation isn’t. During a recent interview with VladTV, comedian Luenell spoke about Dre’s recent medical scare, his sketchy past and how Young’s abuse allegations aren’t so far-fetched.

“I love Dr. Dre’s music, don’t get it fucked up and I don’t want to see any of our icons die. Some of the charges his wife was making was even that he had been violent with her. His track record sucks.”

Dre’s relationship with R&B singer Michel’le  — who was previously engaged to the Beats mogul and shares a son with him — was then brought up. She alleged abuse for years, which was the center point of the 2016 biopic Surviving Compton: Dre, Suge & Michel’le.

Vlad also mentioned former Pump It Up! host Dee Barnes, who was the victim of Dre’s wrath in 1991 when he viciously attacked her at a Hollywood party, which Luenell called “a documented fact.” Dre attempted to take culpability for the incident in the 2017 HBO docu-series The Defiant Ones but, as Barnes told HipHopDX at the time, it fell flat.

“Any man that puts his hands on a female is a fucking idiot,” Dre said in Episode 2. “He’s out of his fucking mind and I was out of my fucking mind at the time. I fucked up. I paid for it. I’m sorry for it. I apologize for it. I had this dark cloud that follows me and it’s going to be attached to me forever. It’s a major blemish on who I am as a man.” 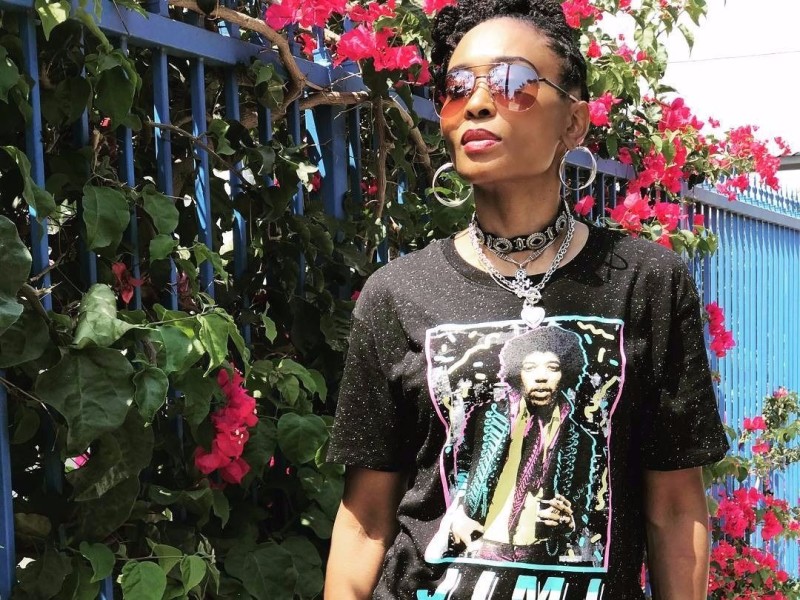 But Luenell believes his penchant for abuse is an inherent trait she doesn’t see going anywhere anytime soon, adding, “[It’s a] character flaw that he just can’t—he might go years and not do it and then he might just go off.”