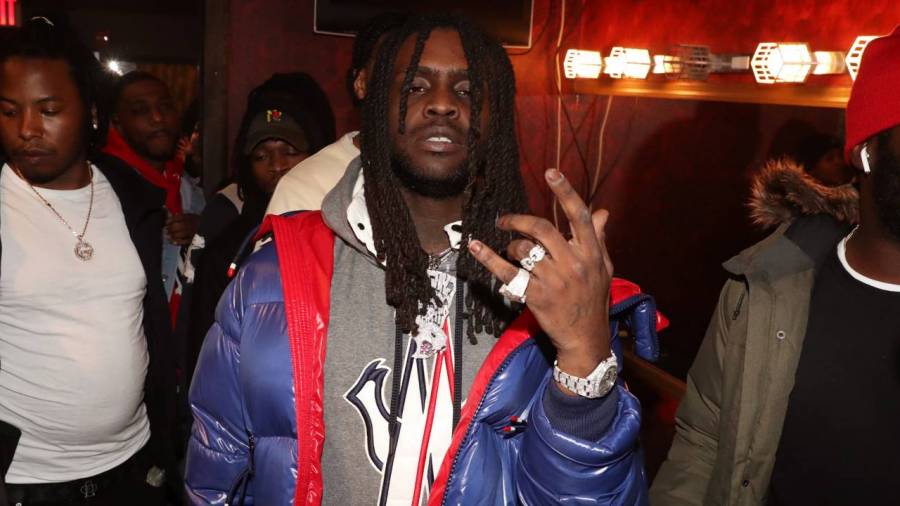 Chief Keef is leaving all of his old feuds in the past. While playing his favorite video game GTA V online with a few friends including YBN Almighty Jay earlier this week, Sosa checked Almighty Jay for cursing Tooka’s name, who was a Gangster Disciple affiliate killed in 2012.

“Ay, it’s Jay Da Youngin. Fuck Tooka, let me get in there,” he can be heard saying while trying to fit in and get a reaction out of the Chicago natives in the room.

“I don’t even know why you saying shawty name,” the Glo Gang boss responded. “That shit’s old.”

Tooka, born Shondale Gregory, was allegedly murdered by Black Disciple gang members at just 15 years old during January 2012. In the past, Chief Keef often took shots at Tooka in his music by namedropping him in a derogatory fashion but that doesn’t seem to be the case going forward.

Even eight years later, Tooka’s name would be used in raps and “smoking Tooka” became a popular saying to jab at him in the grave. In 2020, the late King Von — who was also affiliated with the Black Disciples —  referenced Tooka on “All These Niggas” featuring Lil Durk.

“Tooka in my lung, I say that every time, ’cause he got smoked,” he raps.

Earlier this week, Durk clarified that he wouldn’t be name-dropping the dead in his rhymes any longer following the loss of Von in November at the hands of street violence.

“I’m done name dropping the dead after my deluxe,” he tweeted on Thursday (January 7). “In songs only tho.”

I’m done name dropping the dead after my deluxe ….in songs only tho ?

In December, mothers who lost children to gang violence in Chicago sat down for an interview with the Drea O Show. Tooka’s mom, Dominique Boyd, opened up about the heartbreaking feeling of hearing her son’s name used as a diss in raps all these years later.

“I don’t get how they could be intimidated by someone who was 15 years old and want to take a person and want to be making it into a strain of weed,” she said. “Like how could you [say] ‘smoking on Tooka?’ Like where did that come from? Who smokes on a dead person? It makes me upset. … Where does the level of disrespect stop? He’s already dead.”

Boyd continued, “People are just so cruel out here in this world. My son [has] been dead for ten years. … If it ain’t the upcoming [rappers], it’s the ones already in the industry—and they don’t even know my son.”