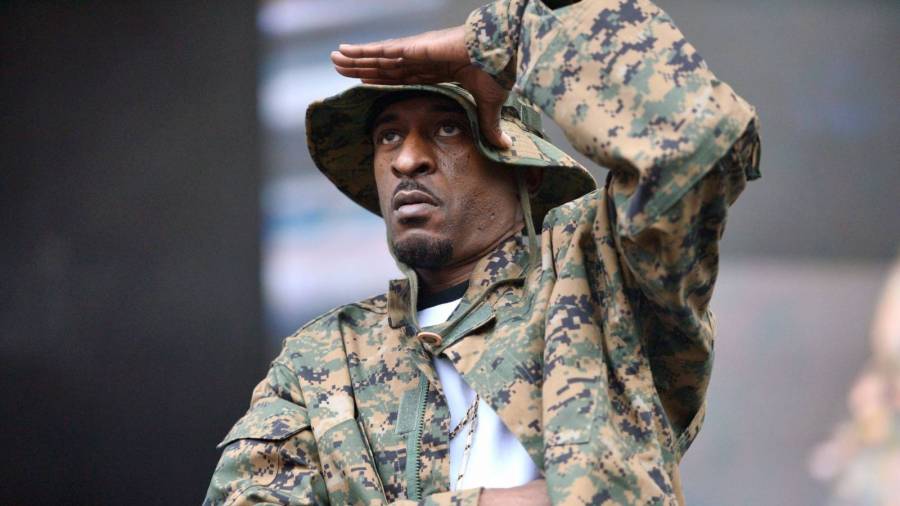 When it comes to the pantheon of great MCs, Rakim is typically named among them. As one half of the legendary Hip Hop duo Eric. B & Rakim, the exalted “God MC” has unleashed an arsenal of potent bars over the last 33 years, beginning with 1987’s seminal album Paid In Full.

His rhyming style has been studied, imitated and dissected but never duplicated. Even with all of the accolades Rakim has collected over the years, he’s constantly unearthing innovative ways to push himself lyrically.

“I’m always looking to expand on the consciousness, push the boundaries  — no doubt with the lyrics, that’s first,” he tells HipHopDX. “If you look at my albums going all the way back, each time I record, I’ve tried to open up the doors to more intellectual content and take the listener a little deeper, drop a little more knowledge.

“It’s maybe a little less subtle as the time passes but still havin’ them guessin’ and thinkin’. I can keep doing that because as I build and mature, I got more insight to offer.”

But as Rakim points out, there’s also that flow, which he’s always strived to keep a cut above the rest.

“When I started, there was a lot of innovation, keeping my rhyme patterns and my delivery different from everything else that was out there, being Rakim, nah’mean?” he continues. “Hip Hop’s had decades to build and innovate more, so I got to keep trying new things as the boundaries move further and further out. I’ve been doing a lot of experimenting — some you’ll hear, some you may not.

“But I know if I focus on my creative purpose and not let others opinions of what I’m supposed to do derail that, I’ll keep finding the voice that right for me and show the world something new.”

On Thursday (December 31), Rakim and New York City mixtape magician J. PERIOD are teaming up for a livestream event dubbed The Live Mixtape: God MC Edition, which will feature Rakim performing classics, deep cuts and never-before-heard freestyles and J.PERIOD firing off new remixes. The livestream will also feature the premiere of a new J.PERIOD and Rakim video shot on Brooklyn rooftops.

The performance will be the first time Rakim has really spit for a crowd since the COVID-19 pandemic began. In fact, the last proper event he was a part of was on March 5 at SITE Santa Fe in Santa Fe, New Mexico where he sat down with Public Enemy frontman Chuck D to discuss his book Sweat The Technique: Revelations on Creativity from the Lyrical Genius. In a way, he’s been grateful for the break but is also itching to get back on stage.

“Santa Fe seems like a distant memory, but time’s pretty messed up this year,” he says. “I’d been touring non-stop since the reunion with Eric B. and the Paid In Full 30th Anniversary, so I was looking to take a break, spend time with the family and get back in the lab but damn, after the first couple months, you know I was missing the crowds and the love. In some ways, it’s a blessing if you can look at anything in 2020 like that.”

The last nine months of downtime have also given him ample time to build a new home studio and put pen to paper.

“On the business side, I got a moment to really focus on things that I couldn’t before and forced myself to think outside the box when it came to making that paper,” he adds. “You gonna see some of those ideas come to fruition in 2021.

“Probably the best thing I did was build a new studio from the ground up and load it with new gear. I’ve been pretty much living in there and the head space has me more creative and more energized to write than I’ve been in a long while. Not announcing anything yet, but stay tuned.”

For now, the J. PERIOD mixtape event will have to hold fans over until a proper announcement is made regarding Rakim’s next steps. But he’s hyped for the event, especially since it will be his first taste of the spotlight in months.

“We’ve done a couple of things over the last several months but nothing like this,” he explains. “Getting that live energy from a DJ right behind me gonna be poppin’ and knowing J.’s got a bag of tricks like he does, I’ll be getting pushed outside the envelope a little. There’s a few tracks we been talking about — at least two I’ve never performed before — and he’s gonna flip beats on some of the classics and see what I can do.

“We lined the the show up to play a little earlier in the night (9 p.m. EST) so we not competing with the ball drop and the audience can pay a little attention or just put it on and go all out to start the night off right. Will be good to see people around the world joining in, even if it’s on the screen they setting up. I think everyone is ready to release some energy and feel some love.”

When you can’t believe what’s in front of your own dang eyes and need to look at a picture of it to be sure. ?

The New Year’s Eve event will be the polar opposite of what it was like writing Sweat The Technique, which officially arrived in July 2019. Penning a book was really an exercise in soul searching and Rakim had to dig deep to gets his thoughts across.

“I don’t really open up too much on my personal life, so sitting down and writing a guidebook to my creative process was really the only way to begin to pull back that curtain for me,” he says. “Once I had the blueprint down, showed the reader the mindset and environment, the tips and techniques, the knowledge of self and the knowledge of the energies in the universe, then I could go back in and start telling my own story and how it all integrated to produce my art and how they can produce something true to themselves.” 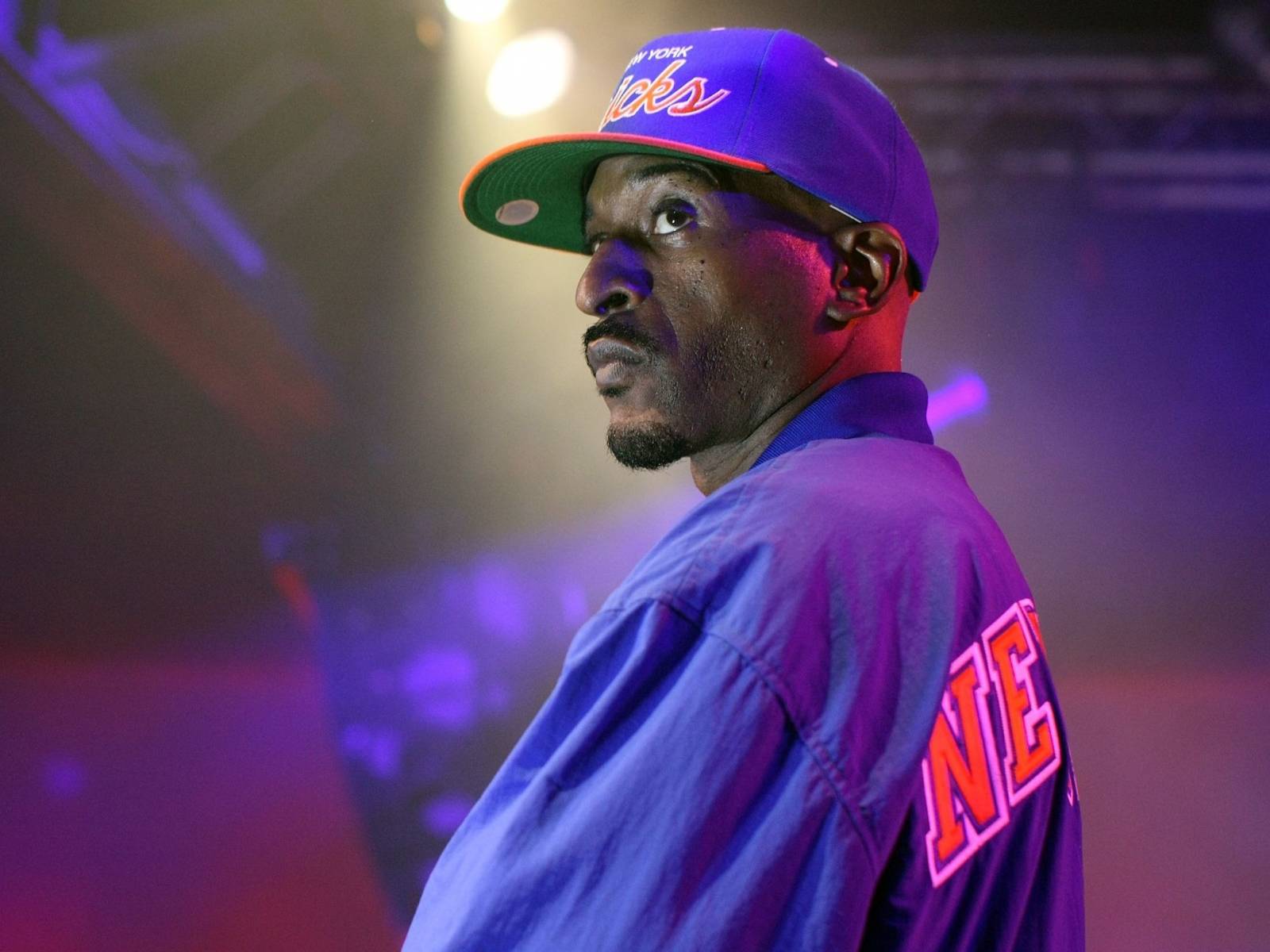 The Live Mixtape: God MC Edition kicks off at 9 p.m. EST on Thursday (December 31). Tickets are available for presale now for $10 via StageIt. Attendees will be able to compete with other fans for a chance to win a VIP Meet and Greet, limited edition merchandise and unique and personalized prize packages.