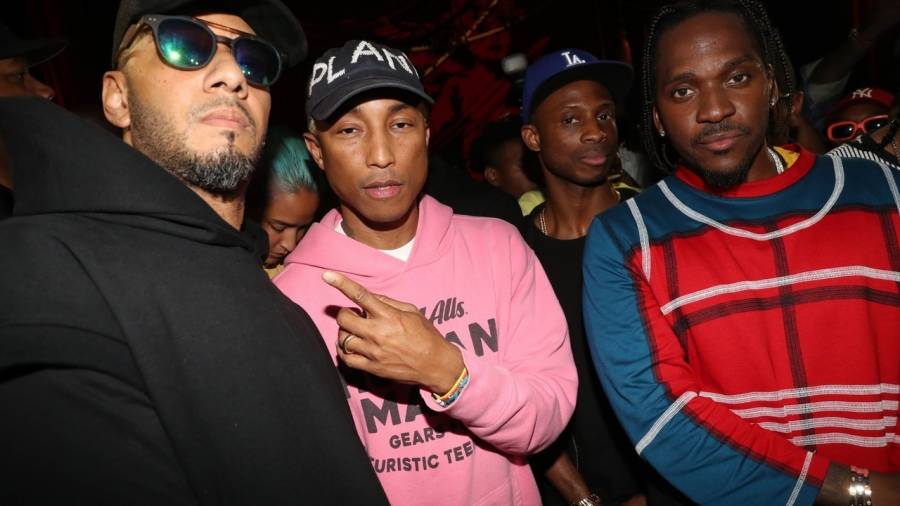 Pusha T is teasing new music for the first time in the two years since his Grammy-nominated album Daytona arrived, and he says the album is exclusively laced with production from Kanye West and The Neptunes.

During a brief Instagram live appearance for RapCaviar, Steven Victor, who is also the manager for late New York rapper Pop Smoke, tapped the former Clipse rapper to spill the beans regarding his upcoming project.

“They want to know who is on the album B, they wanna know,” Victor pried.

To which Pusha Ton humbly replied, “you know I haven’t even — to be honest with y’all I haven’t put any features on the album yet.”  And seemingly annoyed with the answer, Victor pressed for more specific information, nudging, “they want to know production B, they don’t care about the features,” prompting Push to perk up.

“Oh, listen, as of right now it’s only Ye and Pharell — and Neptunes, I’m sorry,” the G.O.O.D. Music President says.

“That’s it, ain’t nothing to talk about, ” he continues.

Victor goes on to add to Push’s giddy hype, alledging he made a major purchase of faith after hearing a few of the records the Virginia Beach-hailing production duo had worked on.

“I gotta say, I heard a couple of the Pharrell joints — listen,” Victor says.

“I heard like four of them joints and I immediately put an order in for a car.”

While doubled-over laughing, Pusha T added in agreeance, “Listen, me too though for real.”

.@StevenVictor went live on our IG today and got @PUSHA_T to talk about his next album. Sounds like it's produced entirely by the Neptunes & Kanye so far ? pic.twitter.com/VMWjATjdS0

Rick Ross and Kanye West occupy the two lone guest spots on Daytona, which earned Pusha T his highest-charting album to date, debuting at No. 3 on the Billboard 200 Chart. The album was the result of West’s exclusive Wyoming recording sessions that resulted in albums for Nas, Teyana Taylor and Kids See Ghosts.

Though he hasn’t released any solo efforts in 2020, Push has delivered notable feature verses, like the bars he let off for Jadakiss on his Ignatius track “Hunting Season,” and his appearance on Black Thought’s stacked Streams Of Thought, Vol 3. Cane & Able posse-cut “Good Morning,” with Swizz Beatz and Killer Mike.