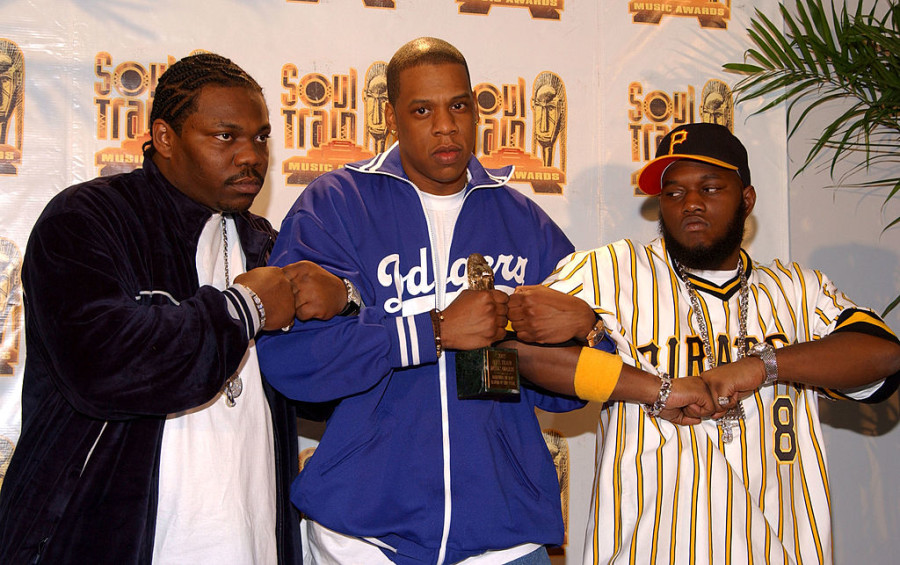 Jay-Z appeared on Hot 97 late last week to apologize for the level that his lyrical battle with Nas has dropped to. The appearance was prompted by a phone call from his mother, who did not approve of her son’s latest answer record, “Super Ugly.”

Jay-Z told Angie Martinez, who earlier in the week premiered “Super Ugly” on her show. However, Jigga did not take sole responsibility for the issue, instead saying that he wished he hadn’t stooped to the level of his competition by bringing the mother of Nas’ child into it.

“Once again, I apologize,” he said. “I felt like I didn’t think about women’s feelings or [Nas’ former girlfriend’s] feelings, or even my mom. It was really like, ‘Let me meet your level of disrespect with this level of disrespect.'”

Jay-Z also said that he figured the track, an answer to Nas’ “Ether,” would get plenty of airtime on local mixtapes, but he never expected it to get heavy rotation on the radio.

“Freestyles usually go away in two weeks,” he said. “I didn’t know it was gonna be the official battle of the beats, seven-hour marathon. It was an answer to disrespect. I didn’t go in the studio to make a song. I made a two-minute freestyle.”

Jay-Z, who has taken the high road or made subtle digs in previous disputes with other MCs, also explained why Nas drove him to an all-out attack on “Takeover,” a track off The Blueprint.

Apparently, after Beanie Sigel dissed Nas during a freestyle session on Hot 97, Nas called Jigga to call a truce. But only a short time later, Nas dissed Jay during an interview on a Los Angeles radio station.

“For me it was like a sport. ‘Takeover’ was like a sport,” Jay said. “I respected dude lyrically. I feel like I’m on top of my game. I don’t feel you can compare his career to my career, but that’s just my opinion. It just pushes everybody to sharpen their skills. That’s what rap is about. It’s a competitive sport.”

The rivals get a chance to go head-to-head Tuesday when Jay-Z’s Unplugged album and Nas’ Stillmatic are released in stores.