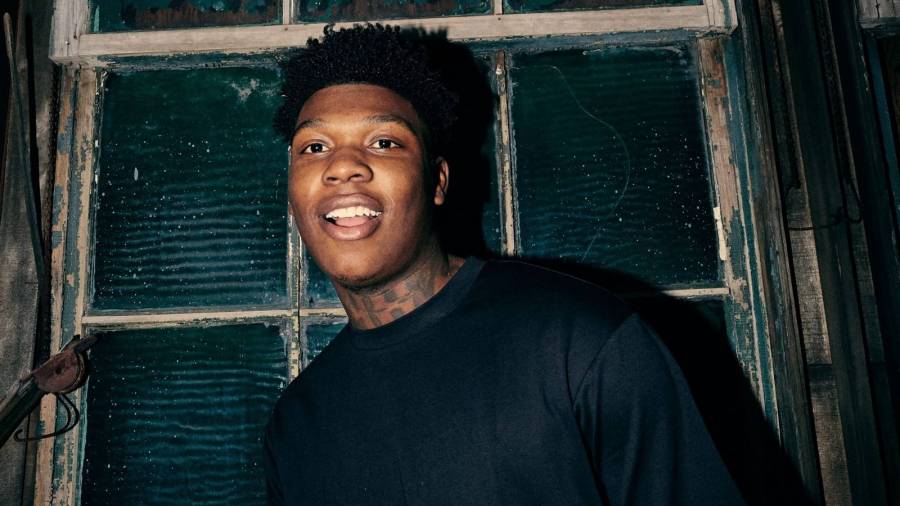 Interview – If you head over to the Instagram page of Philly’s new rap rookie Drewboy, there are videos of him dishing out some fiery freestyles over a selection of different beats. Alongside Drewboy is Kiing Dree, his close friend/hypeman, whose dance moves are as equally as entertaining as the young rapper’s nimble bars.

The clips are funny and highly amusing but, at the same time, a smart, calculated move by the two. During a conversation with HipHopDX, Drewboy explained how these videos came to be and led them to meet one of Hip Hop’s greatest hypemen.

“Kiing Dree is my boy, and we got the same vibe,” Drewboy explains. We never looked at it like we’re going to dance and see what we can do with the video. I was doing regular freestyles while Dree recorded me. We would film in a room just to catch the traction of it all, but we knew we could get more, so we went to the backyard.”

What became a regular video shoot for a clip posted on social media turned into a buzzworthy moment for the Philadelphia duo. With way more space than a room in an apartment, the music played louder, and Dree’s ad-libs were echoing over Drewboy’s rhymes.

“Now there’s more room, and it’s a bigger space, so now he’s louder than me and the phone. So I’m like, damn now I can’t hear myself, so what are we going to do? I told him to get in the video with me and let his cousin record it,” the self-proclaimed Flow God added. “The cousin records it, and I start rapping, then I look over and see he’s going crazy. I was, like, yeah, we got to do that and so we both start going crazy.”

The videos became a hit on social media as views were hitting the 10,000 mark. Other clips garnered only between 1,000 and 3,000 views, but Drewboy felt the potential buzz they would get off their electric videos.

“I already knew what was going on. Our other ones were doing 1,000, 3,000, but it still went up. We got something with this, and everybody is posting and sharing it. That’s how we started kicking up, and it was never really planned for it to be like that.”

The videos gained steam and made rounds all over music circles. Fans likened the duo to artists from the 90s who put on a show with their freestyles. Drewboy says they were getting hit up left and right with people labeling them a new age Busta Rhymes and Spliff Star. Before long Drewboy and his team would find a deal with Island Records through a venture with Tommy Brown’s Champagne Therapy and Team Xcluzive Entertainment.

“We got deeper into the videos, and people were catching up crazy,” he recalled. “With the comparisons, we’re doing our research and studying how they did their thing. Star hit us up too and checks on us and all that. He DM’d me, and I was like, oh nah, this can’t be real. He hit us up like ‘Y’all next up, y’all fire, you remind me of me and Bust back in the day.’ We start chopping it up, and he be giving me advice on performing, like not cuffing the mic and all that type of stuff.”

Check back for our full interview with Drewboy coming soon. In the meantime, head over to his Instagram page @1drewboy and watch the freestyle videos.