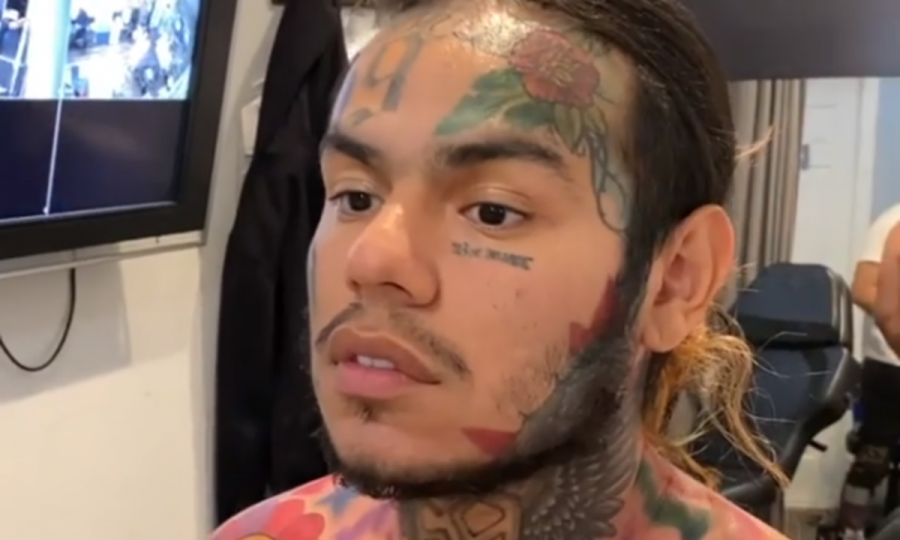 Tekashi 6ix9ine added more ink to his body to go along with his bearded look. DJ Akademiks posted a photo of 6ix9ine getting a new tattoo amid the controversial rapper’s ongoing Instagram hiatus.

“Looks like #6ix9ine been busy getting some new ink,” Akademiks wrote. “Y’all miss him on the gram or y’all good wit him gone?”

6ix9ine hasn’t posted anything on Instagram since September 11. The polarizing artist has been noticeably quiet following the disappointing performance of his TattleTales album.

Looks like #6ix9ine been busy getting some new ink. Y’all miss him on the gram or y’all good wit him gone?

Earlier this year, 6ix9ine scored his first No. 1 hit with the Nicki Minaj-assisted “TROLLZ” single. But he couldn’t reach the top of the Billboard 200 with TattlesTales, which sold roughly 53,000 album equivalent units in its first week.

TattleTales peaked at No. 4 after being projected to hit No. 1 on the Billboard 200 at one point. His LP only spent three weeks on the chart, quickly becoming an afterthought despite his trolling to the promote the LP.

Akademiks, who has been a loyal supporter of 6ix9ine, called the album a flop. Although TattleTales didn’t meet its lofty expectations, it is 6ix9ine’s third Top 10 album of his career.

After going silent on social media following the release of TattleTales, 6ix9ine was hospitalized for an overdose of caffeine and Hydroxycut diet pills. He resurfaced a few weeks later with his new bearded look.

Check out the tattoo artist working on 6ix9ine below.