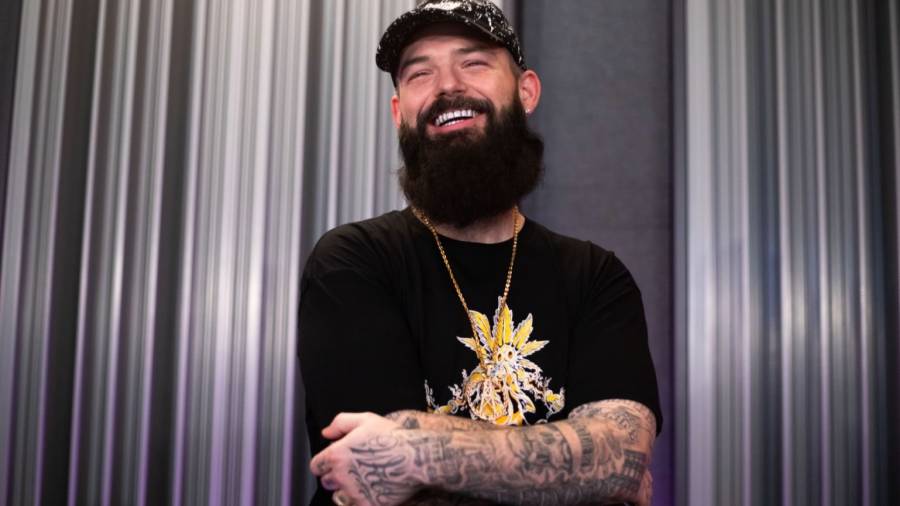 Paul Wall is perhaps the most polite rapper anyone will ever come across. His Southern upbringing taught him to use “ma’am” and “sir” when addressing people and he’s quick to offer a thank you whenever a compliment is lobbed his way. But it does take a certain type of professionalism to make it this far — and to sustain any type of success for this long.

The Houston rap vet shot to notoriety in 2005 with his Atlantic Records debut The People’s Champ, which spawned the singles “Sittin’ Sidewayz” featuring Big Pokey, “They Don’t Know,” “Girl” and “Drive Slow” with Kanye West and his G.O.O.D. Music labelmate GLC.

However, “Drive Slow” — which came with an elaborate visual from Hype Williams — almost didn’t happen. While going to record the song, the Grammy Award-nominated rapper thought he was being Punk’d not once but twice.

“To be able to do a song with Kanye West and then a video with Hype Williams who directed the video, that’s a highlight of any artist’s’ career,” Wall tells HipHopDX. “Then T.I. did a remix version and put it on his album, too. But for Kanye to put it on his album [Late Registration], JAY-Z had to sign off on it.

“He always let me know, ‘You know you owe me for signing off on that’ because they didn’t charge me. He was looking out. Because really, that’s unheard of for somebody to put it on their album and then let you put it on your album, too. So I definitely appreciate that. Even then, me doing a song with Kanye, I thought I was being Punk’d the whole time.”

But to Wall’s surprise, actor Ashton Kutcher — who hosted the MTV prank show from 2003-2007 — was nowhere to be found.

“At the time, I had only met Kanye on a few occasions,” he says. “I made grills for him and got to hang out in the studio with him a few times in Houston. But when it came to actually doing a song, I really did feel like ain’t no way he’s going to put me on this song. It was unbelievable. And he still was an icon at that time. He wasn’t who he is today. Now he’s running for president, married to Kim Kardashian, a billionaire and all this.

“But he still was an icon and just so highly respected in Hip Hop. It was unbelievable. I remember coming off the plane, me and my boy was on the phone. We’re coming down the escalators at LAX [Los Angeles International Airport] to the baggage claim and as soon as we get there, two detectives show up — one goes to him and one goes to me. And they split us up and start talking to us. We didn’t have anything illegal in our bags or nothing like that. We weren’t doing nothing like that at the time. We didn’t partake in that type of stuff, so we weren’t worried. We’re like, ‘Are you all for real?’ They were kind of slick, too.”

Wall said because there was a camera crew already at LAX, he was expecting some outrageous prank to happen at any moment. After all, his longtime collaborator Mike Jones had just fallen victim to Kutcher’s shenanigans not that long ago.

So thinking he’s part of a television show, he goes off on the detective, demanding, “What are you detaining us for?” When he was told he and his friend looked “suspicious,” he snapped back, “Why? How do we look suspicious?!”

“I’m like, ‘We look like every single other person coming down the escalator and you just picked us out,'” he continues. “‘Was it random or was you targeting us? What’s up?’ I’m asking him more questions than he’s asking me. He had me fucked up. I was ready to go the whole nine — take off running, maybe fight him because I’m thinking I’m getting Punk’d. I really got to being borderline disrespectful and we were in public, so I wasn’t afraid or nothing.

“But in all reality, they could’ve been like, ‘Alright, come with us around the corner.’ They could’ve beat us up. We could’ve got arrested, or they could’ve detained us and they might have had every right to because of the way I was talking to them. But the dude’s partner was like, ‘Come on, man. It’s not worth it. Come on, let’s go’ and and they just left. My boy was like, ‘Man, you crazy. How you talking to them like that?’ But I really think we’re getting Punk’d.”

Finally, they get to the hotel, drop his friend off and Wall heads to the studio to meet up with Ye.

“We’re driving down the street,” he recalls. “We’re in the far left hand lane and about to turn left, but we should’ve been turning right. We turn left. We’re at a red light. The driver turned right at a red light, but he turned right from three lanes over. Just so happens, there was a cop right there. We get pulled over. I’m in the back seat. I’m just like, ‘They didn’t get me in the airport because how I handled them, but now they playing. They really punking me.”

Thankfully, the officer was willing to let Wall hop out of the car and run to the studio — but it took a little convincing.

“I told the officer, ‘I’m going right there to that studio, can I leave? I’m late for a session. I’m going in there with Kanye West. Come on, man, please. Don’t make me miss out on being on Kanye West album because this dude getting a ticket.’ He was like, ‘You can go. This has nothing to do with you.’

“So I hop out like deuces and he let me go. I’m thinking he’s going to give me a ticket for jaywalking or something. I was kind of hyped about meeting Ashton Kutcher, but then I was a little disappointed because I’m like, ‘Well, I’m going to meet Ashton Kutcher, but I guess that means I’m not going to get on Kanye album.’ I’d rather be on Kanye’s album. Then we get up there and I do my verse. To be a part of all that, it was unbelievable.”

Late Registration arrived in 2005 and Wall still didn’t believe “Drive Slow” had made the album until DJ Drama hit him up.

“I remember [CEO] Craig Kallman from Atlantic called me and said, ‘How do you feel about putting ‘Drive Slow’ on your album, too?” he says. “‘What you mean, how do I feel about it?’ He said, ‘They going to let you put it on your album, too.’ I really didn’t believe it. I didn’t believe I was going to be on there until it came out. I remember when Kanye had an album listening party for the album — and this is before it came out.

“He was playing his album and it got the ‘Drive Slow’ song that I’m on. I remember DJ Drama calling me right there like, ‘Man, you killed this song. You killed it, man!’ That’s when I knew. I was like, ‘Wait a minute, you heard it?’ So I really am on there? They not going to take me out?’ That’s when it was really official.” 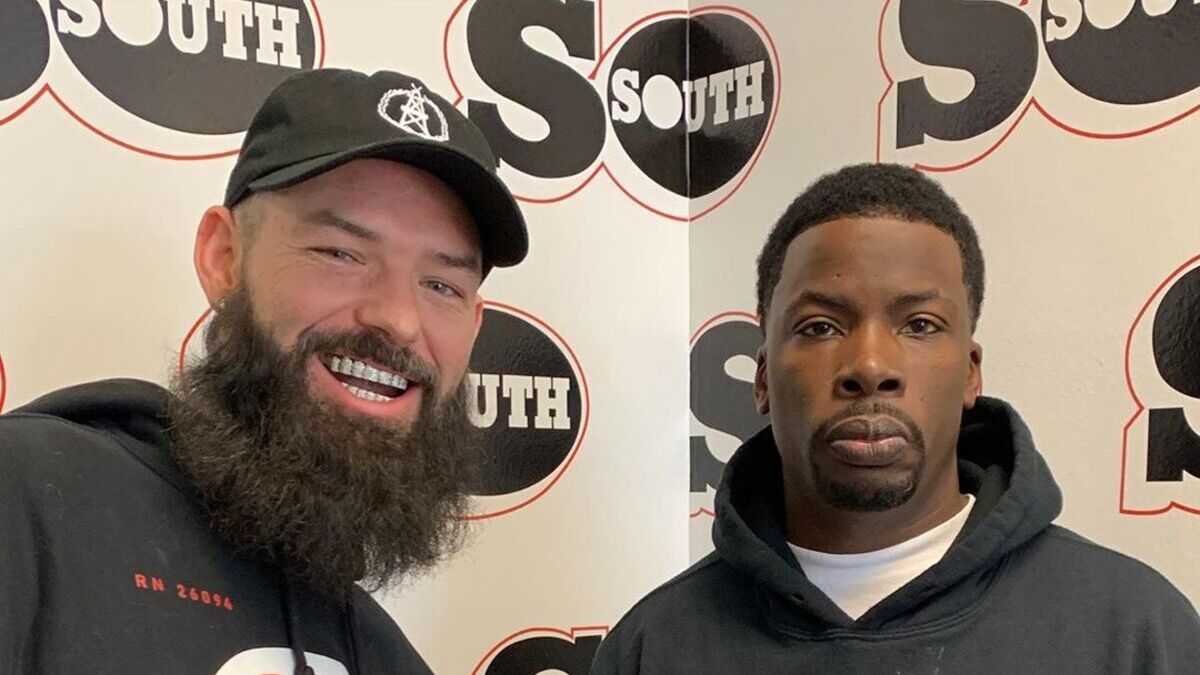 The Swishahouse icon is preparing to release his next album Subculture on Friday (October 2), which was recorded entirely at Red Bull Music Studios before the COVID-19 pandemic began its rampage. Check back later this week for Part II of the HipHopDX interview with Paul Wall, which will include a premiere of the Red Bull behind-the-scenes video of the Paul Wall sessions.