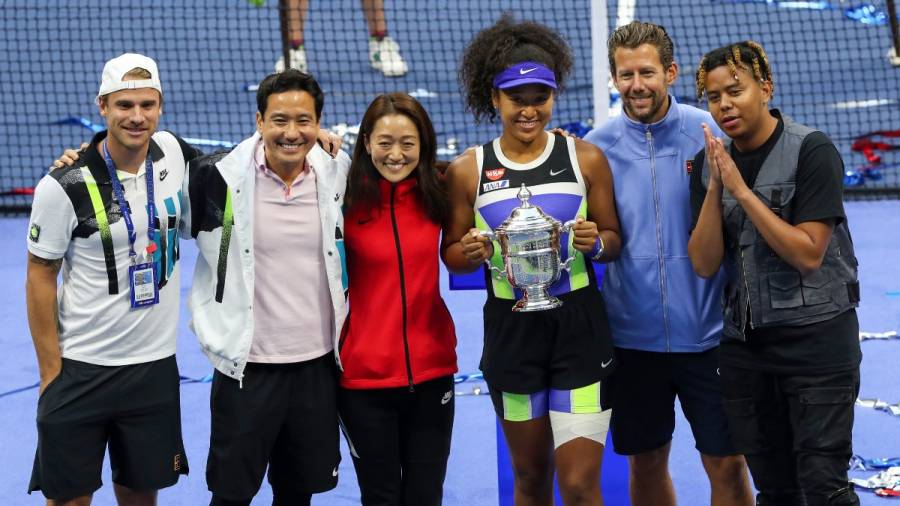 Osaka beat opponent Victoria Azarenka on Saturday (September 12) with only a few people in the stands at Arthur Ashe stadium because of the pandemic, with a final score of 6-3. The camera panned to the former YBN rapper as Naomi Osaka took it home and his now-viral reaction was all the things #RelationshipGoals are made of as he pounded on his chest and jumped to his feet.

Ultra black, unapologetically black. No matter where I'm at. Forever

The viral moments didn’t stop there either. Taking home the trophy means photo time on the court, and just as Cordae was about to pop a smooth squat, he was instructed instead to stand – which resulted in a Birdman handrub as they posed.

He did get this squat eventually, though.

Cordae was determined to squat.
I respect it 😂😂 https://t.co/3YhPdSXQqj

He also got his solo shot with his girl, throwing up his middle finger with his arm around her. Some criticized his lack of “professionalism” for both the middle finger and squatting, to which Cordae responded to with a simple tweet.

“Ultra black, unapologetically black. No matter where I’m at. Forever,” he wrote.

Ultra black, unapologetically black. No matter where I'm at. Forever

Cordae has been busy working on his own stuff as well. In a May interview with Lil Wayne on his Young Money Radio show on Apple Music, Cordae confirmed he’s been putting together the follow-up to his Grammy-nominated 2019 debut album The Lost Boy over quarantine. And fans can expect a Wayne verse on it.

“All you gotta do is text me the song,” Wayne told Cordae during the interview. “I’ll murder it and send you the finger so you know it’s dead.”

Cordae said the album will arrive “later this year.”